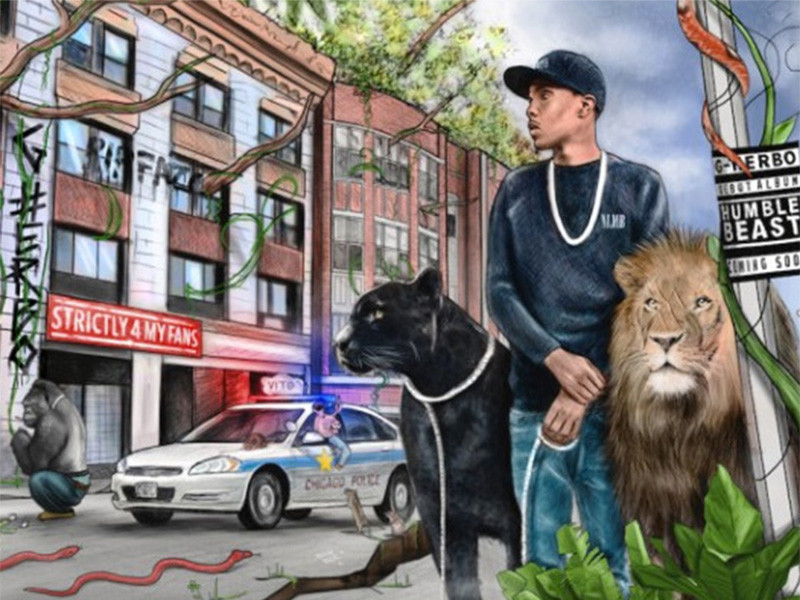 At this point, it’s safe to assume that G Herbo is using his latest mixtape Strictly 4 My Fans in the same way Lil Wayne leveraged his Sorry 4 The Wait mixtape series: as an apology for the delay of his album. For Wayne though, it was an apology for the postponement of his tenth studio album; Herbo is still tip-toeing around his LP debut. He mentions very explicitly on this mixtape’s intro that his fans “try to say with music I wanna make ’em wait not tryna make ’em late but, ain’t even the case I’m tryna really change the world with this shit.” All of which is just a long-winded way of saying that his debut album hasn’t had all of its samples cleared yet. But, nevertheless, a free-11 song mixtape is appreciated; especially since Herbo is rapping at a higher level than ever before.

The drill wave that basically birthed G Herbo’s career has settled for the time being and a lot of those primarily Chicago-based artists that rode that wave to stardom have fizzled out or completely fallen off. (Anyone heard from Chief Keef lately?) But Herbo luckily managed to keep his buzz alive to give fans reason to care in the present day. Even though he came from the trenches of the drill scene, this tape features a lot more versatility in his raps along with his songwriting. Don’t get it twisted; Herbo isn’t on here rapping about rainbows and butterflies but his gun talk has definitely evolved.

For starters, the beats Herbo has chosen to rhyme over are radically different from anything on 2015’s Ballin Like I’m Kobe and even further from 2014’s Welcome To Fazoland. Tapez mixes up a sample-heavy slapper that is reminiscent to a Dipset computer putin’ Heatmakerz type beat with a chopped up screaming gospel backdrop and big synths. Herbo gives a pretty in-depth look at America’s current gutter underbelly with the premise that mamas are smoking and babies are starving – basically a welcome to Chiraq. As sad as the content is, it’s hard to not crack a smile when Herbo absolutely spazzes when saying “You wake up, flame up, pop up, post up, steal dope, clap folks, crack jokes, still lakeside kill us for white folks.” On top of that Chase Davis provides the young gunner with unusually blissful strings on “Crazy” and DJ L gives him and Lil Bibby real rainy day production on “Tired.” It’s definitely a progressive change of pace from all the drill beats he used to attract that sounded like Young Chop throwaways. He has also slowed and focused his bars, beginning to learn more about making better songs and not just seeing how many different ways he can rhyme “kill shit” with “drill shit.”

He alludes to his to-be-released debut album Humble Beast at the end of “Eastside Story” when he spits “Mom’s telling me to slow down, steady tryna persuade me/I was deep in the streets, she calling and getting no sleep/Scared for her baby/I was running the east/Turning into Herbo G/The big humble beast.” Hopefully this “humble beast” will contain more of the new poised, confident Herbo than the gun-toting teen we knew as Lil Herb back in 2014.