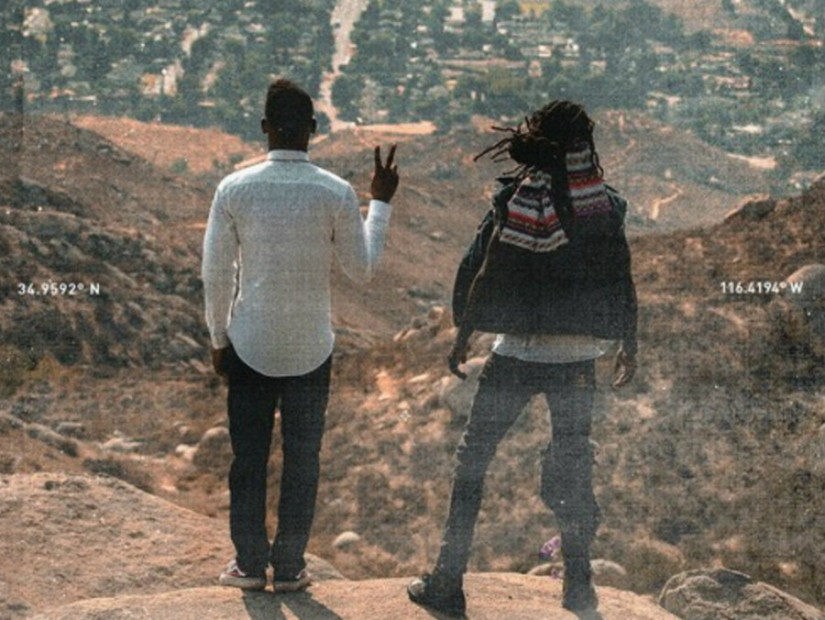 The more 2016 rolls along, the bigger the wedge grows in between the younger and older generations of Hip-Hop. There is obviously some acceptance that needs to happen on the veteran end especially when the likes of Audio Push are putting out projects as lyrically driven as 90951. The California duo’s debut album is not only their best work to date but is also a building block in the restoration of the millennial rappers’ reputation on the mic.

Keep in mind, however, Audio Push are no strangers to the pandering of pre-teen masses in America. The duo was a giant catalyst in bringing the overplayed “jerk” movement to fruition back in ’09. But Oktane and Price have come a long way since their “Teach Me How To Jerk” days, with a collection of solid mixtapes of substance dating back to early 2011. Plus, it never hurts having Hit-Boy’s Holy Grail beat hard drive at your disposal. It doesn’t take long for the duo to show their unfaltering loyalty to California’s Inland Empire. In fact, other than preaching the importance of good vibes, enhanced weed and clean raps, their hometown pride is the focal point of this album (even the LP’s title is a portmanteau of the IE’s Riverside- San Bernardino County area codes). On “Leftside” they describe this non-coastal part of the Golden State as a place “where the women get tan and the weed get better” — which probably isn’t enough to make folks reroute their travel plans — but nevertheless, it’s refreshing to hear about a location in Cali rap that isn’t Compton.

Kent Jamz, Musiq Soulchild, Eric Choice and BJ The Chicago Kid all make guest appearances but it’s Hit-Boy who steals the show with his oriental string infused heater of a beat-verse combo on “Play Action.” Unexpectedly, the uncredited superproducer only has a couple of credits throughout but his contributions are hard enough to make ears dab.

The real reason Audio Push wins is due to their encouraging sense of positivity without the corniness that “happy rap” usually comes with. They still curse fairly often while rapping about weed, twerking girls, sex, sonning other rappers and various other unsavoury endeavours but the overall energy is very buoyant. “Spread Love” and “Heaven Yeah” are two prime examples of how Audio Push is conscious without necessarily preaching conscious. Choruses like “You wanna quit when you get fed up/Cause the world got so much hatred in the way/But today’s the perfect day to make a change/Somebody gotta spread love” are a little Black Eyed Peas-esque but the feelings are genuine and the verses sound sincere. Not to mention, their bars are slicker than ever with advanced gang sign wordplay like “See some minds just need time/To hold peace signs instead of C signs” and the punchline of all punchlines: “I don’t listen to your music cause it’s all the same/My words be pissing rappers off I feel like Charlamagne.”

For a debut LP, Audio Push put their best foot forward and hammer out a dozen tracks that fit together within the spectrum, despite not featuring a lone outstanding record. With that, the boys from the IE still have work ahead of them before they become household commodities but when their moment arrives, it will be on their own good vibe tribe terms.