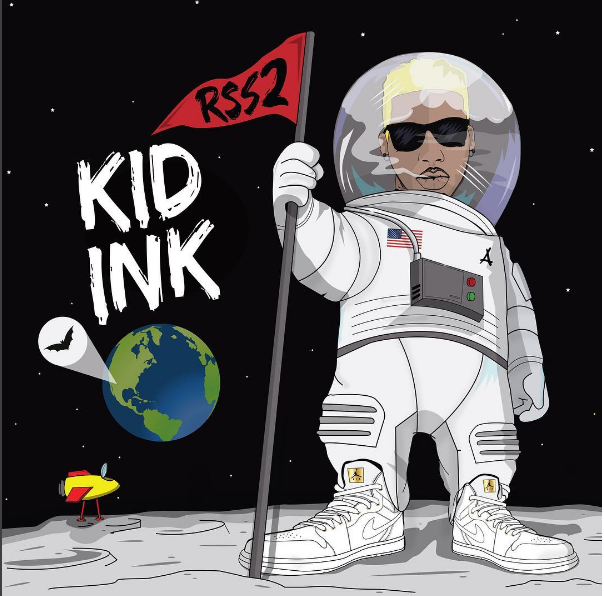 There probably aren’t many Kid Ink fans that sit around waiting for his next full-length project to drop simply because the 30-year-old West Coast hitmaker does just that, makes hits – or at least, spends all his studio time attempting to. The success of 2013’s Chris Brown-assisted, DJ Mustard-produced “Show Me” typecast Kid Ink into the designated “singles rapper” role and ever since then, he’s been fishing for the next big smash instead of deep sea diving for great full bodies of work. He has tried on multiple occasions to recreate the same vibe and impact exhibited on “Show Me” but the formula hasn’t churned out any duplicated success.

In a rebranding of sorts, he’s now dubbing himself as #MixtapeInk to get listeners back on board his relevancy train. The new package is Rocketshipshawty 2 and unfortunately, it doesn’t help his back-to-the-basics approach that much.

Other than the group of die-hard, take-a-bullet, get-a-tat, Kid Ink Stans, no one probably knew that there was even a Rocketshipshawty 1 to begin with but perhaps for nostalgia purposes, Ink felt it necessary to continue the series anyways. In his defense, there is heavy mention to his early days and troubled come up. Both “Noodles & Ramen,” “One Day” and “Before the Checks” are all about a simpler time before all of the money and fame. On the latter, he claims in the chorus that we “don’t really know about my past when I/Ain’t really know how to keep it rational” and so he proceeds to tell us all about it right after Casey Veggies dishes out 12 bars of generic filler. Interest spikes however, when Ink raps “My first memories was 6-years-old/1514 Orange Grove Apartment with the roaches/By the time that I was five, daddy was locked and gone/And the only thing he taught me Feds is always on the phone.” It isn’t exactly storytellers 101 but it’s a start and at the very least it’s a good break from R&Boasting about bottles and models.

Ink’s vocal performance stays at even par as he manages to croon nicely over the charcuterie board of beats he chose for this tape. There are 20 different producers for the 16 songs, all of whom bring the heat. For the most part the beats are hoppy, heavy bass and snare-infused R&B jams that are perfect for the club or car but very few flip the script. The aforementioned “One Day” produced by D.A. Doman leads with piano instead of trap drums and lets Ink’s bars to most of the work.

The same applies to Doman’s “100 Different Ways” — a beat sculpted for a horror movie soundtrack. What’s even scarier though is how badly featured artists HardHead and Vee Tha Rula bodied Ink on his own track. He doesn’t help himself much with lines like “One hand in the air, not the Nae Nae/Not play date if she wanna kick it like Pele.” Even a blind man could have seen that punch coming a mile away. Rocketshipshawty 2 doesn’t totally disappoint as there are a couple moments that you can bob your head to but for the most part, it’s pretty clear to see that Kid Ink doesn’t exactly know where he fits within rap’s margins — especially when he doesn’t have a megahit in full rotation at your local dive bar.