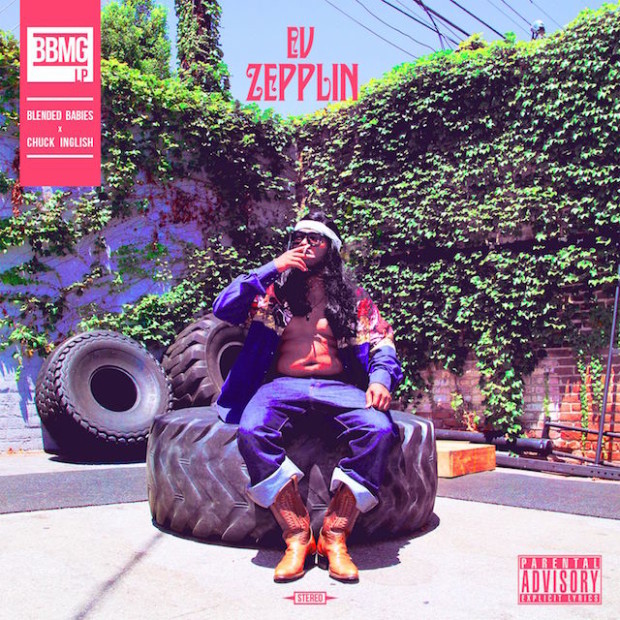 Vocally, Chuck spits with focus and intent throughout the album, his rhymes deftly flitting from full-on b-boy braggadocio mode to contemplative, insightful perspectives on everyday street life. Cuts such as “Over Much” find your boy Chuck declaring, almost ’92-Guru style, that “I’m the man” as he throws down the gauntlet to his detractors over a naggingly-simple piano loop.

Momentum is maintained by a broad line-up of guests, which includes Asher Roth, Nathan Santos, and drea.smith. The best of which, though, is Detroit hard rock Boldy James who brings his trademark street science to the gritty roughcast backdrops on “Tokyo Keys” and “Light This Fa Me.”

But it’s not all earth-shattering, stadium rock-channelling chaos. The stunning “Chemdream” finds Chuck and guest Aston Matthews getting their paper chase on with vigour. That ever-reliable rap theme – the dream of getting paid – has been explored in depth countless times over the years, from “Paid In Full” to “C.R.E.A.M.”; here, though, the street economics are offset by a wonderfully hazy, woozy vibe which echoes the off-kilter sonics of Beast Coast favorites Flatbush Zombies and The Underachievers. Elsewhere, “Scenic Route” takes a similarly reflective vibe, with Chuck kicking back in the cafeteria of life, kicking quasi-psychedelic raps replete with abstract imagery. With its warm, laidback sunset groove, the whole thing could almost serve as a Native Tongues homage for the 21st century.

It’s moments like these where Ev Zepplin really sparks into life, offering some added depth to proceedings. Sure, there are several missteps – at certain points some of the over-processed guitars begin to grate, and the reggae-dub vibe of “What I Want” detracts from the earlier cohesiveness. But a time when rappers are getting emotional over increasingly stripped-down and functional minimalist music, this solid offering from one Hip Hop’s perennial outliers is a rich, ‘more-is-more’ alternative to Hip Hop’s prevailing 2016 soundscape. Investigate.