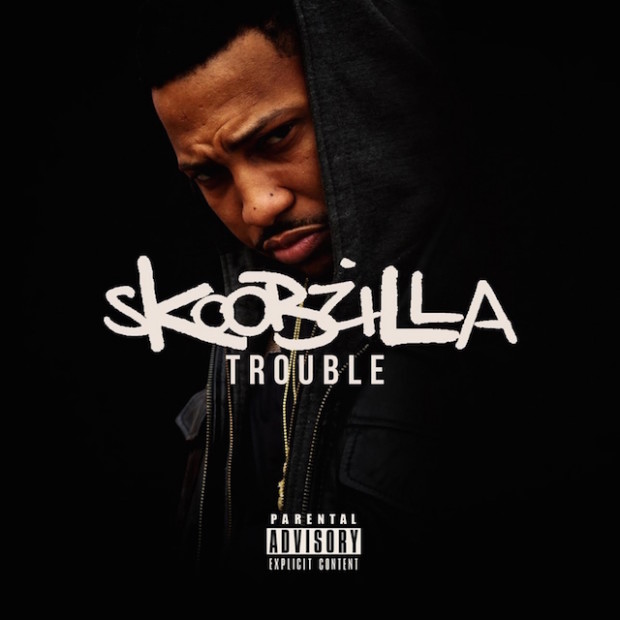 As a relatively unknown yet unequivocally certified ATL vet, Trouble has clocked in work with everyone from the legendary Zaytoven to the late Bankroll Fresh. On Young Thug’s Slime Season 2, he slid onto the fan-favorite “Thief in the Night” and, ironically, almost ran away with the entire track. If he wasn’t next up himself, he was always next up-adjacent. Building on the recent rise in his stock, Skoobzilla sees Trouble presenting his most purposeful work to date.

Skoobzilla is extremely clean in its presentation despite utilizing many different producers. Zaytoven only makes a brief appearance this time around (on the tape’s powerhouse posse cut “Watchu Doin’”) but seasoned duo, Nard & B, are there to offer moments such as the frantic delirium of “Traffic.” YSL member Goose and Migos affiliate Spiffy, make worthwhile appearances as well on standouts “Respect” and “Ahh Man” respectively. Ultimately, Shawty Fresh does most of the heavy lifting with credits on the introspective closer, “Uncle Nard,” and the soaring centerpiece, “Lil Homie Died.”

With a muddied delivery, Trouble oftens blurs the line between inspiration and imitation when surrounded by so many likeminded features. The melodic and stylistic cues he takes from his contemporaries are definitely worth honing, but he occasionally veers into mimicry (see: “What Happened Luh Gangsta”). However, when left to his own devices, the rapper sports a commanding voice and surprisingly off-kilter flow that sounds entirely his own (see: “Countdown” or “Uncle Nard”). Trouble comes into his own when lightin’ a cigar and reminiscing, weaving menacingly cautionary hood fables. On “Lil Homie Died,” alongside a beautiful turn by forever-underrated vocalist Bloody Jay, Trouble raps “how the fuck they kill the peacemaker…I was on the road when they took Bankroll…Me, shit, I could’ve died same week, they tried to take me out the same way as Chinx.” It’s an unnervingly bare moment on a tape that flirts with danger relentlessly but seems afraid to stew in the fallout for too long.

Skoobzilla hits its stride once Young Thug squeaks his way through the OG-player anthem “Respect.” Spodee and Trouble trade bars at breakneck speed on “Traffic,” “Ahh Man” presents Trouble’s best solo cut on the tape, pairing sporadic yet infectious delivery with clear-headed insight, and “Watchu Doin’” features fanciful flexing from all those involved (“I’m hangin’ with nothing but lawyers” Young Thug declares during his second appearance on the tape). Trouble tries his best to cover as much ground as possible throughout the 14 tracks, although he might have spread his burgeoning songwriting too thin. Thematically, sequencing “Got Ugly” after “In the Game,” or “Anyways/Everyday” after the mourning of ‘Lil Homie Died,” are inspired choices, but the songs themselves are often too meandering to leave a lasting impression.

As the intro spells out for you: Trouble’s in his feelings sometimes like Boosie; he’s after the money, cars and clothes like Tip; and it’s always about the G code like Jeezy. On Skoobzilla, he attempts to paint an emotional arc that honors his forefathers, but keeps his sound firmly planted in the present by repurposing the rhythmic repetition of Migos or the muted emoting of Future.