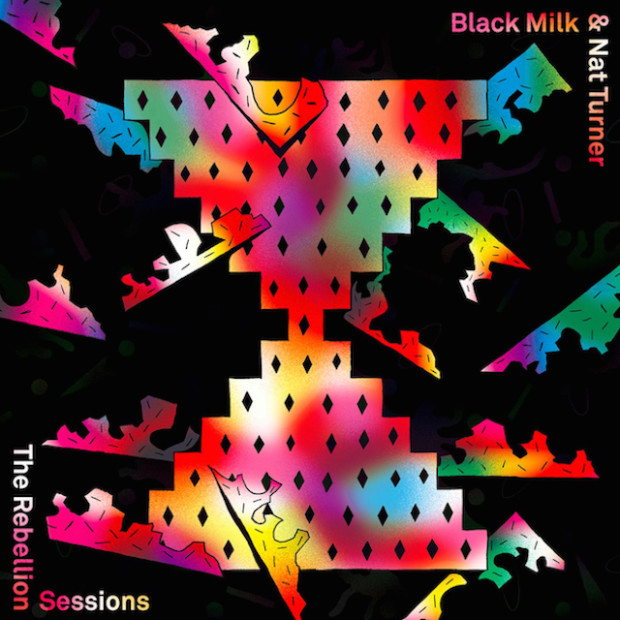 Black Milk is a virtuoso. He found a niche within Golden Era production methods and Detroit Hip Hop, and extrapolated upon their respective foundations. First a student of the MPC, he began experimenting with live instrumentation on 2010’s Album of the Year. The rest is history. Each of his ensuing albums have had meticulous structure, and samples interwoven with riffs from his backing band, Nat Turner.

For their latest collaborative effort, The Rebellion Sessions, Nat Turner gets main billing. There are no verses, guest appearances, or vocal tracks outside of the samples. Instead, they play original jams, subsequently chopped and dictated by Black Milk, the maestro.

As the de facto conductor, Black Milk’s musical acumen is most impressive, thanks in part to his innate ability to make other genres more accessible to the casual listener. “The Ancient Rebellion” and “Never” weave in and out of traditional, free-flowing jazz, with drummer Zebulun “Z” Horton creating a rough, but clear structure for verses. The outcome is dense and impressive, and unlike The Roots, The Coup, and other live-band acts, the mood is decisively more experimental.

Jazz vibes notwithstanding, Black Milk & Nat Turner also get multifaceted. “The Knock” has a palpably Latin flavored audio sample, with double-time percussion by Horton. At the same token, Aaron “Ab” Abernathy and Malik Hunter make their presences felt on keys and bass elsewhere on the album. “Traveler,” specifically, boasts Hunter’s knack for tempo, groovily walking a fat bass line up and down the neck. Other tracks, like “Just a Thing” and “Electric Spanking” prove minimalism can often trump superfluous bells and whistles. The album starts and finishes strong, but its weakest moments happen smack dab in the middle, where creativity and spontaneity seem to lag. Hypnotic melodies can be rewarding, except when they lull the listener to sleep, of course.

Rules are meant to broken, especially when it comes to music. Accordingly, The Rebellion Sessions is one for the music heads: an infectious mix of funk, jazz and Hip Hop, with hints and nuances of other genres scattered about. Black Milk & Nat Turner confidently navigate multiple musical worlds in crafting an album so cleverly original and unclassifiable. Like Madlib, J Dilla, and other producers who’ve dabbled in instrumental albums, Black Milk continues to trailblaze his path to the upper echelon of Hip Hop producers.