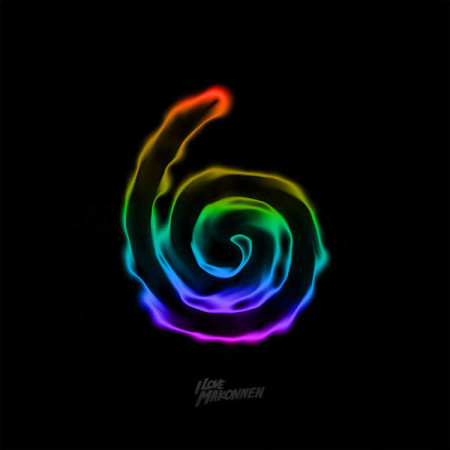 Makonnen Sheran is in a pretty comfortable spot. He earned a deal with OVO Sound in 2014 and has been building a reputation ever since. Drink More Water 6, is the latest installment in his mixtape series of the same title. This particular outing showcases adept guest production, but inconsistent lyricism.

There’s a lot of creativity at work on Drink More Water 6; no one sound or style predominates the album. Its most noticeable flaw, however, is iLoveMakonnen’s rigid navigation between Hip Hop and R&B. When rapping, he opts for the trap-inclined production more often than not. As such, the album plays predictably from beginning to end, though there are still moments of exceptionalism.

As a lyricist, iLoveMakonnen has a predicament: his delivery. Many artists today want to flow in triplets or half-time, which sound great when they work, but aren’t the best when lacking cleverness and execution. Therein lies the BPA inside Drink More Water 6. “UWONTEVA” and “Live for Real” seek to replicate that very haphazard spontaneity in verse structures, but are too simplistic and in dire need of timing. “Solo Dirty” is insufficiently minimal, and lags with the inclusion of Auto-Tune. The mixtape ends on a high note with, “Where I’m At,” mostly because Makonnen actually spits his verses on tempo. Young Thug probably isn’t an inspiration, but definitely should be Makonnen’s case study in the art of delivery.

Production is a different story; the beats are, for the most part, dope. Makonnen has a fondness for hi-hat drum tracks, and intricate layering results in delightful complexity time and again. “Sellin” is reminiscent of Future’s “Move That Dope,” with booming, filtered synth samples behind drug-dealing lyrics. Conversely, its sister-track, “Pushin” is a horrorcore/trap number, with a dark piano loop and more of the same verses (“LSD all in my pocket/Shout out to my, my, my boy A$AP Rocky”).

The music really takes off when the mood changes to downtempo. “Turn Off the Lies” and “I Only Trip with You” forego hi-hats and trap beats, with Makonnen opting to sing. Unfortunately, these songs represent two of the better beats on the album, and flounder without rap verses. For an artist who spits and sings with equal inclination, it would behoove iLoveMakonnen to do both simultaneously, and more often, if only to better display his multidimensional artistry.

Drink More Water 6 suffices as a moving part of a bigger series, but if iLoveMakonnen wants to take the next step in his career, he’ll have to buckle down and really micromanage his creative process. The balancing act of singing and rapping stands out like a sore thumb, with each regressing as mutually exclusive entities. The beats (supplied by Sonny Digital, Miguel Cortidor and even Makkonnen himself) are on point, but not strong enough to carry the album alone. A more lucid, less cut-and-dry experience would better serve Drink More Water 6, while lessening the burden on production to carry the weight.