Boosie Badazz - Out My Feelings (In My Past) 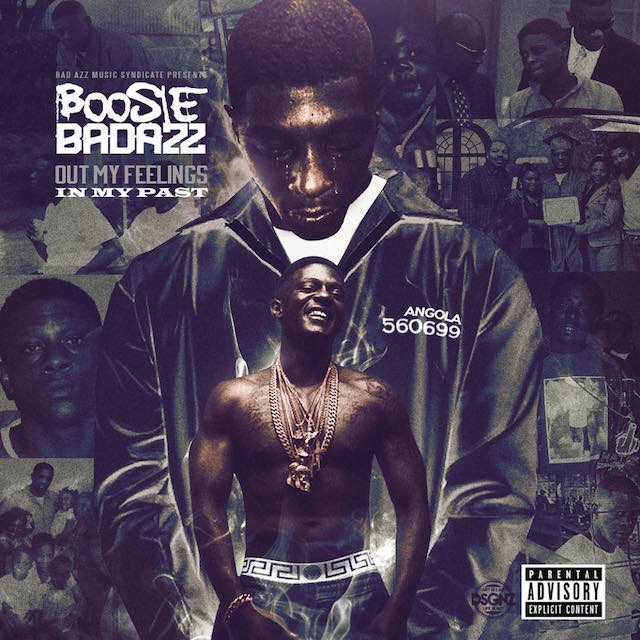 Boosie is resilient. He served a chunk of his life at the notorious Louisiana State Penitentiary at Angola for drug charges, beginning in 2011. Then, in November 2015, he shared news of a kidney cancer diagnosis on social media. He’s since entered remission, but through all of his hardships, Boosie has kept his nose to the grindstone, trying to further realize his dreams.

On New Year’s Day, he dropped In My Feelings (Goin’ Thru It), an introspective account of dealing with cancer and the emotional baggage that comes with it. Now, just a month later, he’s dropped its counterpart, Out My Feelings (In My Past); eighteen tracks amalgamated into a Boosie cocktail of trap, street smarts and braggadocio. It’s a long listen, but the album reflects a range of musical moods that give credence to Boosie’s driven attitude, brought about by more emotional lows than highs.

Right from the get-go, the musical range of Out My Feelings (In My Past) is apparent. The first track, “Problem,” gets the ball rolling with Boosie flying out of the gate over a particularly hard beat. He’s a seasoned artist who knows what works, but he also makes a concerted effort to switch things up a bit. “Real N*gga,” is a shoutout to all of the important people in his life, displaying the spontaneity and seeming improvisation in the structure of his verses. Technically speaking, his delivery here is most unique and impressive.

For an album that isn’t the most cohesive listen, Boosie does a good job capitalizing on niche styles and sentiments. “The Truth” is a break from the prototypical MC we’ve familiarized ourselves with, as he delves into the realm of social justice, speaking about racial inequality and police violence: “The system designed to keep us all up in prison / Section 8 don’t want the daddy living with the siblings / They don’t wanna give us jobs, so everybody ‘round here stealing / Probably ain’t listening ‘cause the children having children.” The mood lightens up on ensuing tracks, including collaborative efforts with Slim Thug and Sauce Walka on “Wanna B Heard” and “Park It Lik Bih,” respectively. Boosie may be a rapper from the South, but his delivery and lyrics should refute the notion that he’s a one-trick pony.

In terms of production, Out My Feelings (In My Past) is a musical grab-bag. “Choppaz n’ Gunz,” features Boosie spitting double-time over an ominous female vocal sample, before segueing into the insightful and down-tempo “Look at Life Different.” On an album full of wildcards, this one stands out for its earnestness and change of pace (“Conversations bring realities, look at life differently / Hard times and tragedies, look at life differently”). A soulful guitar track induces a contagious headnod, while also establishing a vibe more accessible to those who might be less familiar with the Southern Hip Hop flavor. Of course, he also stays true to the sounds that made him famous. “Big Blue Hundreds” begs to be played loudly in the whip, with a booming baseline that smoothly rides below fast flows from Boosie and guest Mista. It may sound trite, but there really is something for everyone on this particular outing.

Boosie’s eighth studio album is ambitious in scale, and contains some of his best work to date. The message and content aren’t always constant, but the ebb and flow of the experience enable a strong diversity of sound, and Boosie adapts to the beats like a chameleon with different colors. No stranger to adversity, his inspiration is drawn from multiple wells, whether it’s serving time, battling cancer, or surmounting the most difficult of obstacles. Eleven years have passed since Hurricane Katrina, but even today, many New Orleans neighborhoods remain ravaged with no sign of imminent repair. That very frustration of the forgotten New Orleanians are manifested within the album’s beats, which while predominantly dark, capture the emotion with which Boosie spits.