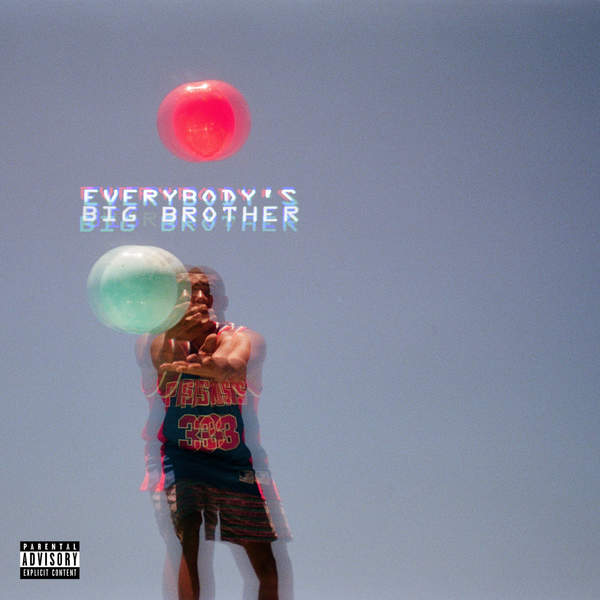 Since building his name nearly a decade ago as half of The Cool Kids, Chuck Inglish set the digital blueprint followed by everyone from Odd Future to A$AP Mob. Amongst the earliest benefactors of Internet promotion, their MySpace buzz led to releases with renowned indie imprints Fool’s Gold and Chocolate Industries, along with performances on stages including CMJ and Pitchfork’s music festival. Since parting ways and threatening to reunite, fans have been left dismayed as it seems the latter won’t come to pass. Developing into a new age veteran on his own, Chuck has gone on to record alongside freshly esteemed peers including Mac Miller, Action Bronson and Chance The Rapper. His latest aptly titled compilation Everybody’s Big Brother celebrates the in-demand producer giving a platform to newer blood.

Where today’s generation often sees predecessors as extinct and irrelevant, Chuck Inglish appreciates those who laid the groundwork for him to have a career. Without sticking to a particular theme, Everybody’s Big Brother is full of fun tributes that convincingly replicate Hip Hop eras of the past.  For example, “Bangin’ On Waxx” is chock full of West coast synths, with Chachi Pajamas of Baltimore’s Grey Sweatpants collective doing a musical drive by on studio gangsters. Chicago’s Caleb James teams up with Houston’s Fat Tony & Maxo Kream on “16 Speakers”, an ode to Texas and its screwed up aesthetic using mentions of scene staples such as wood grain and candy paint. Along this same vein, “Freaknik ‘96” is a throwback to Miami bass, shouting out legends including 69 Boyz, 95 South, Luther (Luke) Campbell and Jermaine Dupri’s So So Def enterprise.

When he isn’t paying homage to sounds predating his rise, Chuck Inglish shows he can keep pace as popular movements can change at a whim.  The stripped down heavy bass of “FTW” is reminiscent of DJ Mustard’s Bay area influences and the simplistic style of Atlanta’s Awful Records, as the still unproven Manolo Rose is contrasted by the off-kilter flow of Detroit’s Boldy James. Barely out of her teenage years, Brooklyn newcomer DonMonique plays the role of a flirtatious sex kitten, possibly aiming to make her mark as a new age Lil Kim on the slow bouncing “Type Freaky.” Refusing to occupy one lane, Inglish has trap enthusiast ManMan Savage exploring the ins and outs of street hustling on “Short Stoppin,” while frequent collaborator Asher Roth uses the percussion-driven “Sweat Shorts” to show he hasn’t lost a step in the booth. While Chuck Inglish uses versatility as an asset, the primary shortcoming of Everybody’s Big Brother is an overall lack of cohesion.

Intended to showcase the different directions he’s capable of, Everybody’s Big Brother is Chuck Inglish taking yet another step to build a career independent of his former group. Continually straying from convention and not fitting in a neat box, he adapts with the times and stays ahead of the curve by the same token. Closing the album showing the potential to fully transition into more melodic fare, “Several Dozen” is an electric slow jam and he ventures into future soul on “L.E.D.” Working with a collection of buzzing stars and future hopefuls, Chuck Inglish is both a curator and a jack of all trades whose staying power will be defined by his ability to push culture forward.