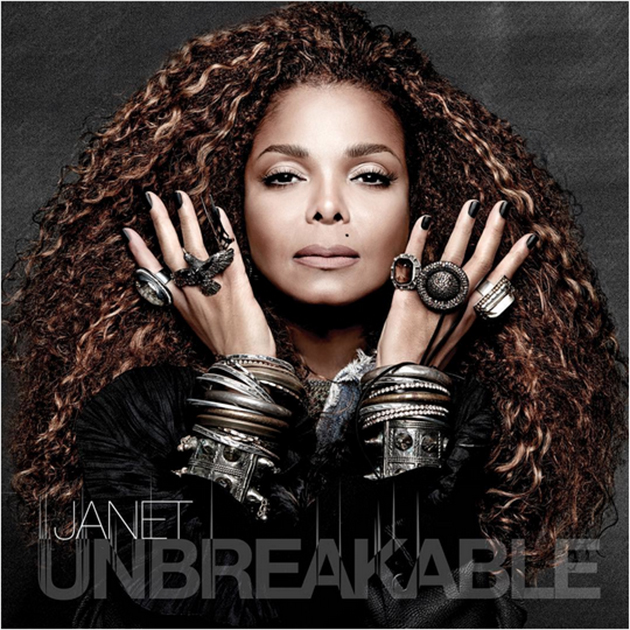 When Janet Jackson announced that she would be returning to music with a world tour and a new album, fans were excited. She revealed in a special birthday tweet she was “listening” and was ready to deliver in 2015. The May announcement was the first sign of new material since 2008’s Discipline.

It must be said that for more than 14-years, the pop star failed to chart a number 10 single in the United States as her career has had a fair share of blows. Following her 2004 Super Bowl “nipple gate” controversy, Janet was ostracized and failed to ever achieve Damita Jo‘s stature. While she attempted to rebrand by experimenting with an assortment of A-Listers from The-Dream to Ne-Yo, Stargate and Jermaine Dupri on her tenth album Discipline, it turned out to be one her lowest selling albums to date. Eventually, as time passed and music evolved, Janet was left to hang in the rafters alongside other greats.

But a hiatus seemed to be the best remedy. Time away from the spotlight allowed Janet to reconnect with, arguably the only two producers who could get it right—the men behind her classic 1986 compilation Control Jimmy Jam and Terry Lewis. Her vocals as sweet and whispery as ever, the oxymoron of classic contemporary Janet is finally back as she focused on highlighting her resilience on Unbreakable. Janet, Terry and Jimmy managed to architect the perfect infusion of influences from her some of her best albums the Velvet Rope, All For You and Janet.

The album kicks off with Janet’s signature baby-skin soft vocals on the easy-going, laid back love song, “Unbreakable.” The harmonies invoke memories of the King of Pop, but she’s long since established her own identity. Nonetheless, the introduction track makes it obvious the trio is back and as Janet is more comfortable than she has been in more than a decade. After all, she is finally at peace. She’s married, back to making music and is full of positive energy as it shows throughout the project.

“BURNITUP!” is a blast from the past that works not only for the album but for long-time fans looking for the quintessential dance cut from the woman who could potentially out dance MJ—remember their epic dance routine in the “Scream” video. Missy Elliot brings the funk and spunk as Janet two-steps and burns it up for a full four-minute cardio workout. The dance party continues with one of the best tracks on the album “Dammn Baby.” With its infectious rhythm and echoing “dammn baby” ad-libs it’s hard to not wine your waist and maybe even drop it—just a little bit. But the best part occurs during the bridge with Janet’s infamous “break it down” the beat changes and this is where her Velvet Rope days are relived as she channels “I Get So Lonely.” However, as she sings “gonna break it down, break it down,” it’s more from a place of happiness than solitude. Literally after that, all you can really say is “dammn Baby.”

Other dance ballads includes the carefree “Night.” “I woke up in heaven in the morning, with a big smile up on my face,” Janet coos this line over and over, meanwhile a jam session complete with keys, drums and electric guitar strums highlights the immaculate production. “We Gon’B Alright” is more of an ode to the funk that spawned Janet. With boom-bats, horns and 808’s incorporated with the 70’s borrowed tone it’s another happy optimistic track, which speaks to the albums, I came, I saw, I conquered spirit.

What is a Janet album without her silky smooth trans-inducing vocals? The element of nostalgia is highlighted on the “The Great Forever.” At first listen, you may think your ears are not playing tricks on you. But no, this is Janet, not Michael Jackson. Give it a few lines and wait until the chorus comes in and your suspicions will be confirmed. Her sweet whispers are actually behind it all. Songs like “Broken Hearts Heal” and “Dream Maker/Euphoria” invoke similar thoughts. Meanwhile tracks like the J. Cole assisted “No Sleep” and “Black Eagle”—which finds Janet serenading over a finger-snapping loop—brings you back to 90’s, which could easily be the day you fell in love with Janet.

Overall Unbreakable, while it feels like Terry, Jimmy and Janet may have over saturated the album with essentially too many tracks (if there can be too much Ms. Jackson if you’re nasty) making the album more than 60 minutes of run time it works. It works because she’s been away from music for almost a decade and as she sings on “Well Traveled,” “she’s come a long way but I have a long way to go.” Almost a decade since her last release—seven years to be exact—Ms. Jackson has surely been through a lot, from her brother Michael Jackson’s 2009 death, to her wedding, family drama and more, yet she’s still standing.

Unbreakable is truly a reflective body of work in which Janet refuses to succumb to trends but remains true to what feels and sounds right. Her typical shy and timid persona, while not a complete 360 is now unapologetic and bold, as she appears to finally accept, to finally own that she is indeed unbreakable whether she’s in a glass house or covered in armor. Her spirit is sharper than ever and it resonates with every note on all 17, plus tracks.