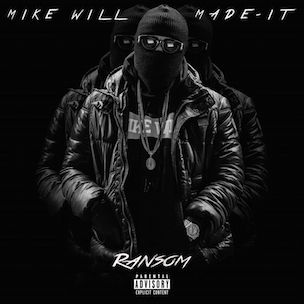 There was once a time in the history of Rap and R&B-as-pop when Miami’s DJ Khaled ruled the industry of producer-driven all-star albums and mixtapes. Seven albums into a well-established legacy, Khaled’s now had to move over a bit as a new contender to his throne – Atlanta’s Mike WILL Made-It. On his latest mixtape, Ransom, he does nothing truly groundbreaking in 21 tracks, but actually, in having a who’s who of rising and renowned artists performing on his material, maintains his growing standard of production excellence.

Obviously, the draw of the mixtape is the braggadocious anthem “Buy The World.” Released in June, its peak position was just outside of the top 40 of Billboard’s Hip Hop and R&B Charts. Though the song underperformed, it does feature top-of-the-charts pop stars like Mike WILL’s constant collaborator Future, as well as Lil Wayne and Kendrick Lamar. Listening to the single apart from the mixtape and it’s metronomic half-time bassline complete with swinging drums and bizarre woodwind melody sound commonplace and in line with much of pop/top-40.

The other notable draw of the mixtape is that WILL is in the zone, insofar as being able to bend and shape trap music in so many ways that it almost turns into something else entirely. They make for some of the mixtape’s finest moments. Minor chord horror film piano-and cymbal crash driven “Stop Start” features the trap-house loving trio Migos, along with Chiraq’s Chief Keef and Peewee Longway. If needing to hear from a hall-of-famer, Juicy J’s performance on percussion pad workout “Don’t Trust” showcases the veterans lyrical dexterity.

However, if you’re looking for ambient magnificence, trap can do that too, as surprisingly gifted pop singer Nicki Minaj coos the icy kiss of death of a ballad “I Lied.” What Mike WILL started with Miley Cyrus on Bangerz’s “We Can’t Stop” and WILL’s own single “23” swings back to trap’s organic urban roots with this collaboration. Those concerned that Mike WILL had sold his sound out like Judas turning in Jesus for thirty pieces of silver need only listen to WILL’s track under Minaj’s performance. Every time the track veers to close to having absolutely nothing to do with non-crossover urban music’s traditions, the 808s ground the track in something all too familiar, continuing to forge Mike WILL’s possibly unusual position as mainstream pop’s go-to hitmaker du jour.

On some level, Ransom plays like a study in addiction, everyone from Mad Decent’s Caucasian rap weirdo Riff Raff, Hip Hop’s punchline bar shifu 2 Chainz et. al are taking advantage of Will’s production chops. They all fall in line, Mike WILL’s swinging trap variation just so engaging and hook-friendly that for a not-so-talented emcee as Riff Raff, he can navigate his way laconically, while Dej Loaf fits sentences between the snares on “Possible.” “Possible,” pairing her with Brick Squad up-and-comer Yung Joey may actually not a good look for the latter emcee.

Again, MIke WILL has 13 top ten singles in two years. He’s also produced well over 150 tracks, and now also has a series of other hands at work alongside him in the booth (nine of whom have co-production credits on Ransom). Thus, it’s simple to say that Mike WILL is no longer a producer, he’s an empire. He’s locked in on a sound and is now styling it in such a way that it can become ubiquitous, but uniquely so in the fact that he’s making enough product where he controls the marketplace. There are moments on this mixtape that showcase the best of his established formula, yet others where emcees fall short in matching the legendary status of other WILL collaborators. But, at the end of the day there’s the Atlanta-based producer-as-mad scientist, honing and crafting pop music’s most beloved formula of the past three years. Listen to this mixtape not just for the hits, but maybe to figure out what Mike WILL has discovered in this collection of tracks a few new tricks to extend his era of musical domination.