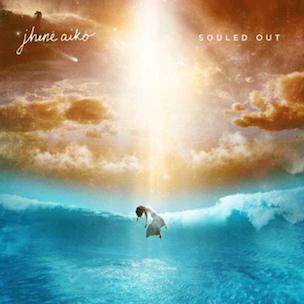 Twelve years into a musical career filled with sadness, heartbreak and disappointment, R&B fans are treated to those emotions (and more) on Souled Out, Jhene Aiko’s finally released 12-track debut studio album. It was Lauryn Hill who on the Fugees’ The Score album single “Zealots” said that she added a “motherfucker” at the end of her oftentimes melodic Rap bars to ensure ignorant listeners “hear her.” Though not an a acclaimed rapper/singer like Ms. Hill, Aiko’s unique ability at moments on the album to add the equivalent of a “motherfucker” or “fuck you” via embittered words delivered with a caustic, yet still mellifluous tone is one of the tiny details that make Jhene Aiko a special artist. That said, it’s Souled Out’s “tainted love” style ability to endure several types of heartbreak that makes it a worthwhile listen.

Insofar as the craft of creating an album, Aiko’s release benefits from the artist’s seven-year journey through giving birth to her daughter in 2007 to this year’s completed studio release. Her precision in choosing producers and tracks that highlight her wispy, lilting vocals, and the process of Aiko morphing from a B2K-associated pop tart to a grown-ass-woman is obvious. Consider “The Pressure,” her first single, and arguably the sexiest song on the album as it uses her Aaliyah-like falsetto perfectly to convey a sultry innocence.

No I.D.’s Cocaine 80’s crew is represented here and the producer/executive actually handles six tracks on this album in total, with “To Love And Die,” being a sparse, breakbeat-driven, radio-friendly winner. Aiko sing-raps her way through an ode to the weightless feeling of falling in love. The sultry tone of, “Baby I’m yooours” articulates the thrill attached to sliding down love’s slippery slope. Co-opting 50 Cent’s “Many Men” adds to Aiko’s knack for Hip Hop-infused singing, and that’s generally part of her appeal. Previous projects included the likes of Childish Gambino, Kendrick Lamar and Drake, but none of those helping hands find their way onto Souled Out. Instead, Aiko has chosen to wade out into the deep end alone, and while the results are impressive, she does miss a decidedly Hip Hop presence as juxtaposition to her softness.

Still, the songwriting is so intentionally simple and evocative that you’re as much sucked into wondering just what she’s going to say next as much as you just want to hear a high-quality song.

“If anything should happen, cause anything can happen, promise you’ll be alright?” asks Miyagi Aiko, her elder brother who died of cancer in 2012. That question, asked in lyric, drives the yearning hope of the aforementioned “Promises,” and is the very same question that drives the success of this album as well as hope for Aiko’s future as an artist. The very core of Souled Out, though,is Jhene’s unabashed sensitivity. In a climate where everyone seems out for conquest or ironic rebellion, it’s refreshing (especially while acknowledging Aiko’s courage in presenting herself this way) to hear someone speak simply of loving another human. Ideally, as a fan and/or critic wanting Pop success for Jhene Aiko, you want the artist in all her forms to fully rise above the angst vibrating below the surface on this album to ultimately tell a whole story that is as consistently happy as it is unflinchingly honest. Jhene Aiko is a rare artist that an ear, heart and soul must grow into loving. The reason? She’s a creative soul who thankfully, for the listener, has a life that can’t be boxed into four-minute radio anthems. On this album, a story finally begins in earnest for the Hip Hop styled chanteuse weaving her magic onto melodic mattresses resting on boom-bap box springs with spellbinding results.