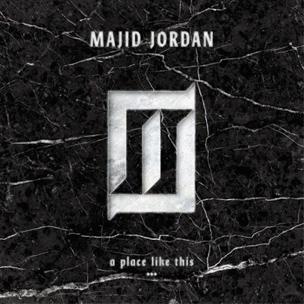 When Drake released “Hold On, We’re Going Home,” the synthpop-esque R&B single that quickly changed the tone of his Nothing Was The Same campaign, he subtly, if not slyly, introduced the mass public to Majid Jordan, the R&B duo signed to his OVO Sound imprint. This was a brilliant bit of marketing, as the collab peaked at #4 on the Billboard “Hot 100” and was named Pitchfork’s song of 2013. Majid Jordan, a portmanteau of the individual names of members Majid Al Maskati and Jordan Ullman, are on the opposite end of the spectrum from fellow signee PARTYNEXTDOOR, who is a vibey, alt-R&B progeny following closely in The Weeknd’s inebriated footsteps. Majid Jordan’s brand of R&B is less like the trendy alternative sound of recent years and more like the contemporary R&B of the late ‘80s and ‘90s, with a heavy downbeat and a finger on its own emotional pulse. The duo doesn’t seek to blur the lines with mystique; it seeks clarity.

To that end, A Place Like This is an attempt to leverage R&B’s current climate into an opportunity to be openly vocal amid a sonic fog. It is different in the safest way possible; it relies on old genre tropes instead of succumbing to new ones. Short attention spans make easy pickings for these R&B tomb raiders. The EP reinterprets the ballad with heavy club rhythms and lingering downtempo, and at times its like listening to someone pantomiming Janet Jackson’s Janet. album for a 21st Century crowd; Majid Jordan essentially disassembles the key elements of the most memorable pop R&B of the past and repurposes them for a mixed listen.

That’s not to say that Majid Jordan aren’t a competent duo capable of making sultry and passionate music with a fresh twist. “Her” rings off with tambourines and wave synths surrounding a simple but inviting melody with interesting sound. It’s semi-seductive. They are also able enough to make a lively dance tune sweat romanticism. The uptempo “All I Do” is as affectionate as it is fun. The potpourri bag of musicality does lag (a weird thing to say about an extended play), but it isn’t for lack of trying or for lack of talent. What the EP lacks in post-House of Balloons R&B sensuality it makes up for with sheer rhythmic infectiousness. Where it falls short is in its own inability to mask its straightforwardness.

As it continually surrenders to its own transparency, A Place Like This becomes a bittersweet representation of what lucidness gets you: a lack of intrigue. Whereas other alt-R&B crooners play up the shadowy chanteur vibe to maintain some anonymity of character and force a listener to crack open an aloof persona, Majid Jordan leaves very little to the imagination, and the EP drags at times because of it. While many R&B jocks are far too cold and apathetic, the duo is too honest in its portrayal of unrequited love, a love they always seems to be on the wrong side of.

On “U” the lyrics read out like a sappy string of unwanted texts: Black cloud over my head / I’m through trying to pretend / Wishing I could call you again / Please answer when you see my name / Thinking ‘bout what you said,” it’s all so…pathetic. The title track seems to be about embracing a breakup, but it does so in a way that painstakingly generates minimal affect: “Brings a tear to my eye when you remind me / How you came to my side and you stayed by me / You saying I, think it’s time we made that decision / It’s the type that you and me won’t even mentioned.” A Place Like This suffers from too little self-awareness, and as a result it doesn’t realize that its over-sharing saturates its heartfelt spirit.