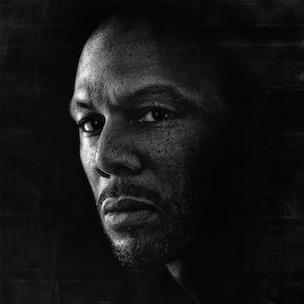 The title-cover tandem of Common’s latest album sets a tone. A few releases ago, in 2005, Be provided what has become the most iconic image of his career with an outright grin and an almost glowing background for a cover. Before that, on his first and other most undisputed highpoint a decade earlier, the artwork seems to show a younger rapper lost in his thoughts. On Nobody’s Smiling Common’s face emerges from darkness, somber. It’s the first impression of an album he wants associated with Chicago.

Resurrection and Be were a decade removed from one another and remain Common’s most celebrated milestones, stylistic landmarks in No I.D. and Kanye West’s respective careers as well. After a sometimes tepid sequel of the West collaboration earned a Grammy for “Southside,” Common sonically changed course with Universal Mind Control. Three years later, in 2011, he staged a comeback with an album again produced by No I.D., their first together since the ‘90s. If The Dreamer/The Believer was a return to form, Nobody’s Smiling keeps the pace but also focuses Common’s gaze. He’s bolder and the subject more unsettling. Earlier this month, after the album cover and title had already been revealed, 84 people were shot in Chicago in a single weekend and more than a dozen of them died.

The album opens with James Fauntleroy’s filtered voice and an extended Curtis Mayfield sample. The latter, pulled from the  singer’s solo debut, seems to frame the politics on this album through that breakout moment of social commentary in Mayfield’s career. Common has built his own on a politic-forward approach, but Nobody’s Smiling chips away at some of the recently smoother edges. His first lines ask if we’ve heard of specific Chicago gangs like the Four Corner Hustlers and Almighty Vice Lord Nation before the rest of the verse establishes a nostalgic city street culture built on gang life and morality. Lil Herb updates the scene with a show-stealing appearance that begins similarly but is more acute and current: “I’ve been out there three days and I got shot at three times / Felt like every bullet hit me when they flew out each nine / I be happy when I wake up and I have a free mind,” he raps. Common has long grown into his authority and featuring a rapper less than half his age—Lil Herb wasn’t alive for either of Common’s first two albums—that has a history of glorified violence in his music holds an obvious message. At the same time, Com seems effectively morose about Chicago without sounding out-of-touch or preachy.

By comparison, Big Sean’s feature on “Diamonds” feels like a different type of politics, specifically, an old news GOOD Music connection and Common’s just having joined Sean on the Def Jam roster. It’s the only seemingly inorganic feature on the album save its place as a hopefully catchy exposure grab with Sean singing the hook (his “campaign,” “champagne,” and a “bad thing” are all “poppin’”). Otherwise, the album is full of younger artists performing memorably. Jhene Aiko and Vince Staples in particular help build up the songs they perform on instead of just occupying a time-slot (Staples gets the nod twice and may be the only rapper on the album to eclipse his “Kingdom” verse with his own follow-up on “Out On Bond”). Fauntleroy and Elijah Blake, who have written songs like Justin Timberlake’s “Pusher Love Girl” and Usher’s “Climax” separately, smooth out tracks with smart and sometimes edgy Soul.

Like much of the second half of his catalogue, Common’s raps are easy-listening compared to early career showcases of ambitious finesse. Stripped down similes abound; a particular heroic woman on “Hustle Harder” is “never getting gassed like a Tesla” and goes “in like an investor.” Still, there’s a straight-forwardness to his lyrics that propels the whole album and keeps most of the references surface level. It’s a trademark in practiced simplicity that allows so many of Common’s lyrics to be both easy to remember and sophisticated at the same time. “Played the lotto for my gram with a bottle in hand / Lay it down for the world, for Chicago I stand,” he raps on “Speak My Piece” as the beat rattles around, bells synced to an 808-driven bottom end, a panning and far-off sounding Biggie sample in tow.

No I.D.’s production is eclectic and digestible from track to track, but he too lets things bubble up uncomfortably at times without sacrificing interest. “Kingdom” is a pounding march, “Rewind That” has a shimmering sample as a backdrop for Common to retread his decision to walk away from No I.D. in the first place and then to remember J Dilla by. The production is half the take and constantly interesting. The album also tips the balance in favor of No I.D. having produced the majority of the rapper’s discography while also making a case that Common shouldn’t stray again.

The deluxe version is more than just outlet-specific marketing and piles on three unmissable songs that help the record play out in full. After 10 albums, Common has one of the most compelling discographies in Hip Hop, in part thanks to this type of streamlined tracklist. Even his utterly skippable mishaps were cases of trying something new to him. Nobody’s Smiling is defiant, as full of commanding musicality as it is of Common’s own provocation. Of his recent output, it deserves to be the most touted since that 2005 darling. It’s one of his best since he started, and like the album itself does about Chicago’s current crisis, that says plenty.