Black Milk - Glitches In The Break 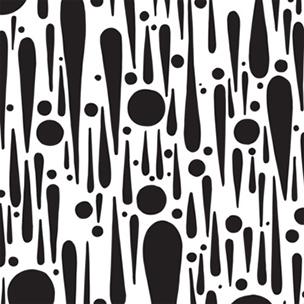 Last summer, after years of decline, the city of Detroit filed for bankruptcy, making it the largest American city to do so. Detroit’s Hip Hop scene, however, has endured no such failure.

Much like the city’s storied past, Detroit’s Hip Hop roots are built upon some of the genre’s most notable artists. From legendary beat maker J Dilla, to emcees like Eminem and Royce da 5’9, Detroit has continued to produce talented mainstream and underground acts. With the release of his fifth major project, Black Milk has cemented his legacy of one of Detroit’s next Hip Hop greats.

Comprised of just nine tracks, Glitches in the Break is a testament to a time when the geography of Hip Hop looked unrecognizable to today; a time so revered it has been dubbed as the genre’s Golden Age. With Jazz-inspired beats that sound like they’re fresh from the MPC of Pete Rock, and a dexterous flow, Black Milk once again leads his fans in taking back a part of Hip Hop that often lays buried beneath memories of ringtone Rap. And for a fleeting 22 minutes, he is triumphant.

After an intro as frantic and lively as an old western saloon, the EP’s second track “Dirt Bells,” proclaims its arrival with the loud vibrations of a xylophone, accompanied by the classic drum elements of a Hip Hop beat. “Ayo they sleeping on ‘em hard, they sleeping on ‘em / Used to dream about, think about the long road / Back seat limos to award shows / Hitting off such and such, hanging out with so and so,” begins Black Milk, reflecting on his quest for fame—a theme found throughout the EP.

Far from the commercial status of big-time wordsmiths like Jay-Z and Kanye West, Black Milk’s musings are intended instead as an open letter to his fans filled with stories of his struggles faced on the way to success, something every rapper, famous or otherwise, can relate to. But Black Milk’s career is far from over, and lines like, “Since 2005, on the rise moving freely / So to the loved ones that’s broken hearted, before I depart this planet gotta finish what I started,” serve as a motivational tool to the 30-year-old producer/emcee and offer reassurance to his fans.

If “Dirt Bells” is intended to offer insight into the mind of Black Milk, the following track—“Ruffin”—allows the talented rapper a chance to tout his accolades and recount the hardships of his hometown. “Yeah, yeah, mean with the axe / From a scene where they put beans on your back / You either sell packs or you either sell raps / 16-year-old spitting 16s in the trap,” he raps, following the track’s chorus: “Put ya life on the line/Real walk, real talk, put your life in the rhyme.”

Passionate rhymes are nothing new in Hip Hop’s underground, but the ease with which Black Milk delivers his verses, switching his flow from cocky and fierce to introspective and calm, validates his claim as a top-notch emcee.

While Black Milk is undoubtedly a talented lyricist, his production is what gives Glitches In The Break its character. Produced entirely by the Detroit native, Black Milk’s latest project offers up a mix of body-moving beats like the electronic-infused “1 for Dam” and slower, Dilla-esque Jazz/Soul-based rhythms like “Cold Day,” one of the EP’s standout tracks. With a refined level of experimentation and attention to detail—along with what appears to be a close study of J Dilla—Black Milk’s latest venture commands respect.

Glitches In The Break does have its flaws, including the offbeat experimental track “Silence,” but the outstanding production of tracks like the instrumental and sample-only “Break” only add to Black Milk’s prowess one of underground Hip Hop’s better rising artists.