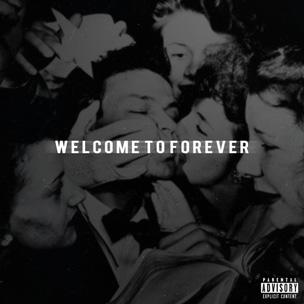 Notwithstanding the occasional buzzed-about artist, the Maryland Rap scene hasn’t witnessed the same success stories that its adjoining areas have within the DMV. This alone makes Logic a unique emcee, who at 22 years of age is as much a trailblazer for Gaithersburg as he is a fresh face on the come up. If his recent mixtape Welcome To Forever is in indication of his vision, as well as that new record deal in his back pocket, the self-proclaimed ‘Young Sinatra’ will have the whole region behind him in no time.

Since releasing Young, Broke, and Infamous in 2010, the lyrical abilities from Logic have never been a point of question, with records like “Nasty” and “Walk On By” catching him firing on all cylinders. On the latter track Logic documents the struggles of his town, rapping, “See I’m from Maryland where cats draw gats like animation / From the smallest altercation, that can lead determination / With a rapper on every corner, like the rest of the nation / Passing bars back and forth like legal examinations.” He even flips the “Ms. Jackson” instrumental in his favor, brandishing a slick demeanor and wordplay that should silence most ATLien curators (“Never Hollywood, I’m grounded like a cup of Folgers,” “Now these thirsty bitches on the dick, we call that Aquafina”).

Rocking with a lengthy track list (to his credit, he’s kept that consistent in past mixtapes) does leave Logic open for a handful of records that are interchangeable in concept. “Life Is Good” is a more serene version of “925,” while “The Come Up” and “The High Life” both chronicle his Rap campaign thus far (“So many rappers on that stupid superstar shit / But I plan to eat with the people I starved with”). That said, he also liberates some of his most impressive cuts to date. Over rousing piano strokes on the title track, Logic paints a radiant portrait filled with inspiration. “This is dedicated to anyone with a dream / And a realization of what following it means / Breaking the cycle and not following your genes / That perfect moment when your logic intervenes.”

Similarly, his mission statement for “Just A Man” marks a distinct transition of his growth, as well as his awareness of his position: “As you focus on the little things, the bigger ones will get you / So I minimize the negatives to see the bigger picture / I get richer while you fuckers hate / So keep it up and watch a young brother elevate.”

In a little over three years Logic has gone from a young lyricist with raw potential to a legitimate Rap artist with Welcome To Forever, who likewise has developed an unmatched ear for production. The casual listener may hear shades of J. Cole in his delivery (someone he ceremoniously shouts out on “5AM”), but that should speak more to his polished style than imitation. With No I.D. as his mentor, let the story begin.