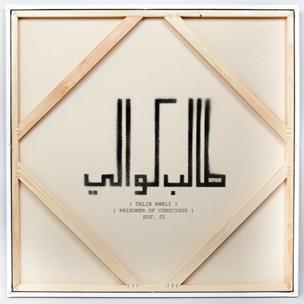 Talib Kweli has gained and maintained steady popularity in part due to his being labeled a “conscious rapper” or for making thought-provoking Hip Hop. While he’s no stranger to the more rugged, underground scene, he’s also displayed both versatility and accessibility through collaborations with the likes of DJ Quik, Kanye West and Gucci Mane. It’s always dangerous to guess why any emcee chooses a particular course of action, but some of these attempts at least appear to be made with the intention of shaking the dreaded conscious label that has followed Kweli since his Rawkus days. The son of an English professor, he loves to analyze and teach, but there’s something particularly fitting about Prisoner Of Conscious, his latest studio album, being released now in 2013: during these times of heightened social volatility, Prisoner Of Conscious is Talib Kweli’s plea for a more positive future.

Clearly, he’s been doing some soul-searching since Gutter Rainbows in 2011, using what he has found to craft something that is both current and accessible, as well as—for lack of a better word—conscious. He has a definite grasp of today’s state of affairs, declaring on the lead single, “Push Thru,” “Let myself in, fighting for freedom like the people in Tunisia / Spread through Sudan and Egypt, this the music for the movement…” Similarly, he communicates wisdom through mediums such as race (“It Only Get’s Better”) and freedom of mind (“Before He Walked”). On the latter track—alongside Nelly, of all people—Kweli literally takes the listener to school with his verse: “So you’re expecting the conscious and introspect of use / Each of lyrical vestibule, let me tell you what’s best for you / My music gives you a message true or respect is due / But music is emotion, that’s lost from the intellectuals.” His supreme writing abilities are apparent, and a seamless collaboration with Nelly, a true mainstream artist, only reinforces the notion that Talib Kweli is not only just a conscious rapper.

For all of its powerful lyricism, Prisoner Of Conscious is not a particularly dynamic listen. As its title implies, “Hamster Wheel” uses a hamster wheel as a metaphor to describe how the female protagonist is running in place. A novel concept is hampered by Kweli’s choice to use a high-pitched delivery, which clashes with the nasal-quality of his voice. A somewhat sing-song cadence (used expertly on previous offerings like “Put It In The Air”) just doesn’t work here. Similarly, “Delicate Flowers,” which boasts full, yet mellow production from S1, quickly loses steam with the redundant, looping chorus, “Women have feelings too.” R&B man of the moment, Miguel assists on “Come Here.” Though its humorous play on the word “come” makes the song mildly entertaining, it feels out of place. Kweli is again fighting the conscious perception, but fails from this angle.

Coined by Peter Benenson in 1961, a “Prisoner Of Conscience” is defined as “a person who has been imprisoned for holding political or religious views that are not tolerated by their own government.” Kweli is not calling himself a prisoner of conscience, but he is calling on his listeners to think outside the box, while being aware of top-down mental imprisonment. At the same time, he is also tackling the notion that he is a “prisoner” of the conscious rapper label by balancing the insular brand of Hip Hop championed by many of his early fans, with newer, more radio-friendly content. In a time where ill minds have begun using violence towards the innocent with greater frequency, Prisoner Of Conscious provides uplifting messages, as well as displays of artistic versatility. But these moments don’t happen consistently or frequently enough to make it a superior album.