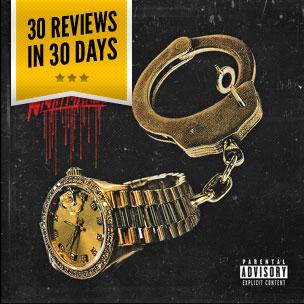 The title-track to Meek Mill’s album has all the makings of a classic opening. Cinematic piano strokes, beautifully-guided strings and motivating words formulate a comforting message of resiliency. Without warning, the record immediately transitions into a menacing illustration of spiteful arrogance and threats, instigated by Meek’s vociferous delivery. It’s an undeniable performance that likewise piques the listener’s expectations. And yet, what transpires on the rest of Dreams & Nightmares is an inconsistency of lyrical ingenuity and thematic execution that will haunt the Philadelphian rapper on his debut.

In the last two years, Meek Mill has become an amalgam of street testimonials and paper chasing, and when done properly, he shines as big as his boss. That success isn’t evident on tracks like “Young And Gettin’ It” and “Real Niggas Come First,” the former cut highlighting aimless rhymes and an insufferable hook from Kirko Bangz. “Rich & Famous” doesn’t even attempt to explore creativity, with shallow lines about material wealth flooding an otherwise monotonous beat, not to mention failed sports references (“Life’s a bitch but I go deep up in that pussy, Jerry Rice”). Following in the formulaic standard that gave him a boost through the Self Made series, “Believe It” and “In God We Trust” supply just enough satisfaction for a repeat listen but go no further than that.

Getting through the rough patches of the project, there is some reassurance in Meek Mill’s progress. “Tony Story (Pt. 2)” is a step up from its predecessor while “Who You’re Around” candidly reveals personal friendships that have gone awry. Always fiery in delivery, “Traumatized” brings a new level of intensity as Meek delves into his desolate past (“Lord knows, I got a lot of homies in the dirt / Nigga’s spraying metal trying to take you off the earth / Really over nothing, tell me what it’s worth / Trying to take you out the game just to put you on a shirt”). Featuring Infamous’ best rendition of a J.U.S.T.I.C.E. League beat, “Maybach Curtains” is a star-studded affair that handles itself with dignity, though Meek Mill does get overshadowed by his Rap contemporaries.

With Dreams & Nightmares it’s clear that Rick Ross’ protégé needs more time before he can rightfully call himself the lieutenant of the MMG army. Rozay didn’t exactly come out the gate with universal acceptance on his debut Port of Miami either, arguably taking two to three albums before finally establishing himself as a respected artist. If you count his more recent Dreamchasers series and pieces of the two Maybach Music Group compilations, Meek Mill is on the verge of obtaining his stamp of approval. With that said, consider this project a dream that could be forgotten by mid-day. 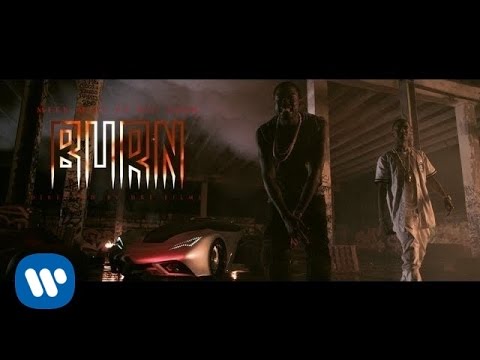