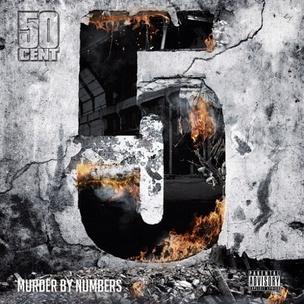 50 Cent’s 5: Murder By Numbers arrives to the Rap community’s inbox under dubious circumstances. Despite the fact that Fif has heavily intimated that the album is supposed to be his final release for Interscope, the Queens emcee found himself releasing it for free, claiming that it was simply a release planned to sate fans’ appetites before his proper fifth and final album for Interscope. You know, the album that’s not going to be called 5. It’s just as well, given that Interscope didn’t do much, if any, promo, as Jimmy Iovine seems hell-bent on keeping 50 on his roster until Fif delivers an album worthy of some fanfare.

“My Crown” has 50 Cent staking claim to the throne over quirky Focus… production, replete with a Reggae-Hop flavor, and starts the project off on a positive note. That’s quickly forgotten, as 50 awkwardly becomes the first rapper (Hip Hop nerds, feel free to fact-check here) to ever rhyme about his philanthropic efforts as an indication of how much he’s rolling in dough on “United Nations”: “I’m back off a paycation / Can you believe it? I’m getting paid on vacation / Yeah, I’mma keep niggas forever hatin’ / They thought I was going down, now look, I’m levitatin’ / I’m with Deepak, meditatin’… / Funding the World Food Program / Finna solve world hunger, goddamn.” The very idea has got to leave a bad taste in the listener’s mouth, and the execution—lyrics, production, and delivery—is a mess.

“Business Mind” is markedly better. Intertwining entrepreneurial pursuits of the legitimate and illegitimate varieties, the song finds 50 in his element over some cinematic production. Featured artist Hayes is more than adequate on the cut, and seems to elicit a better effort from Fif. “Leave the Lights On” has positively fonky production, but it’s wasted on 50’s mundane bedroom talk. “Be My Bitch” calls to question whether Fif took this project seriously at all, as Brevi’s hook and singing can only be described as laughable. “Can I Speak To You” is actually a nice closer, with ScHoolboy Q providing some much-needed energy on the mic, but it’s too little too later.

Given that 5 clocks in at just over 30 minutes, it should be an extremely tight, cohesive project. It’s not. Whether label issues or the daunting prospect of matching his past success are the reason, 50 just isn’t having fun making music anymore. He appears to have been going through the motions since 2007’s Curtis, with 5 being the latest example. And it’s not just 50 on the mic that’s the problem; the G-Unit general’s ear for production, which used to be a strength of his, has completely deserted him. Perhaps Jimmy Iovine is onto something by refraining from releasing 50’s final album on his contract, or maybe that’s what has 50 releasing such subpar material. It’s a chicken-and-egg question, but the answer doesn’t really matter. What’s relevant is the quality of 5: Murders By Numbers. If it’s any indication of what 50’s future releases will sound like, things indeed look bleak.