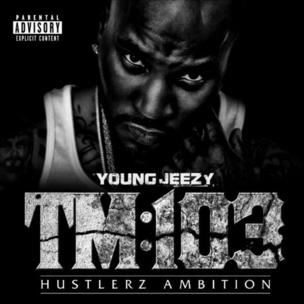 During the year-plus of delays that Young Jeezy’s Thug Motivation 103: Hustlerz Ambition sat on the shelf and got reworked at the Def Jam offices, many rap fans and armchair A&Rs conspired that fellow Southern heavyweight Rick Ross had taken his place in the lane of trap rap. But further inspection proves otherwise: while Ross’ extravagant soundbeds embody the lavish life of rap’s shiny suit era, Jeezy has largely focused on inspiring his listeners to enjoy those riches aside him. On TM103’s strongest moments, the CTE leader continues his penchant for motivational speaking.

For the most part, Jeezy sticks to his tried and true formula. ”I’ve been through straight hell, so I can see street heaven,” he announces on the album-opening “Waiting,” and he spends the rest of the album navigating such waters with his constituency. Armed with more rumbling, triumphant backdrops from previous collaborators like J.U.S.T.I.C.E. League and Drumma Boy (plus a strong album appearance from new crew member Lil Jody, who produced five of the album’s 14 tracks), Jeezy’s throaty growl still sounds right at home while leading his troops through the ATL trenches. He doesn’t falsely boast about still standing on the corner, but he still identifies with them through common denominators of ‘dro, dames, struggle and work ethic. “What I Do (Just Like That)”

ably fulfills street anthem requirements, the rags to riches tale of “Everythang” is just as motivational as any of Jeezy’s previous come-up anthems, and “Nothin” applauds listeners who survive through senseless violence in the hood.

Jeezy briefly ventures outside of his comfort zone, and the results are a pleasant surprise. “Trapped” utilizes a pensive J.U.S.T.I.C.E. League soundbed and a spoken word Jill Scott cameo to convey the cyclical nature of inner-city strife, resulting as one of Jeezy’s clearest signs of growth between albums. Meanwhile, “I Do”

enlists Jay-Z and Andre3000 for the trio contemplate commitment after a lifetime of one-night stands and failed relationships. Despite the latter coming five songs after a record which chants “All we do is smoke and fuck” as the chorus, it still comes across as believable.

TM103’s change-ups occur with its abundance of guest features. While the songs remain solid throughout, several of the cameos end up being more memorable than its star player. This is an unnecessary move for a solo album that took so much time to drop. Despite Lil Jody’s multilayered soundbed and Jeezy’s tone-setting intro verse, “OJ”

is highlighted by showstealing bars from Fabolous and Jadakiss. Cameos from Future and 2 Chainz leave “Way Too Gone” and “Supafreak”

respectively to similar fate, but the sounds and vibes are still Jeezy-oriented enough to concede. The most egregious example is “Higher Learning,” which plays as any other rap album’s formulaic, requisite weed anthem with its Snoop Dogg and Devin The Dude assistance.

With the subtitle of Hustlerz Ambition, Jeezy’s latest album may have been as much of a call to arms for himself as it was to his listeners. Thankfully, he gives a worthy addition to the series and continues his reign as one of rap’s best. 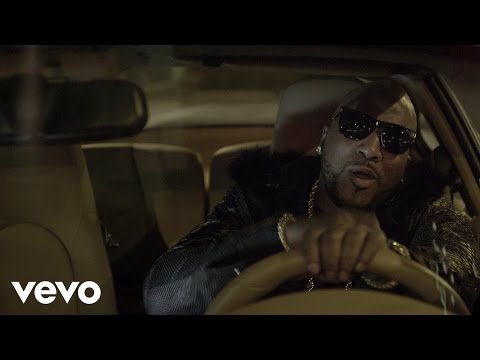