Years back, Canadian Rock band The Guess Who released a song called “Undun.” The song starts with the line, “She’s come undun / She didn’t know what she was headed for / And when I found what she was headed for / It was too late.” Sharing a title with The Roots’ 14th studio album (including the recent release of Betty Wright: The Movie) is befitting – as The Guess Who painted a picture of a woman who spirals downward in a manner similar to Redford Stephens, the lead in The Roots’ first concept album. After close to two decades of music, world tours, Jimmy Fallon, and Grammy Awards, The Roots have crafted an album that not only elevates Hip Hop, but raises the bar for anyone who dare call themselves a “Hip Hop Band.”

It’s difficult to pinpoint one particular song on undun, as the entire work moves fluidly as one cohesive soundtrack. It begins where the story ends (as evidenced through the psychotropic opening instrumental “Dun”); Redford has already reached his “tipping point,” and the rest of the album moves counterclockwise. Each piece forms a puzzle that ultimately contributes to Redford Stephens’ downfall. Sure, there are standalone cuts – the smoothly dark “Make My”

shows Big K.R.I.T. flanking Black Thought with lines like “Addicted to the green / if I don’t ball, I get the shakes.” We learn early on that Redford is tethered to the streets by both money and drugs. It’s a familiar concept to most successful top-tier rappers, though few tread the territory of self-destruction in the manner that The Roots are here. The heavy-hearted keys and cymbals on tracks like “One Time”

(with Phonte) and “Stomp” provide the sonic backdrop that compliments the intense bars relaying a very specific message. Fans of the Roots crew can draw many parallels on undun to prodigal member Malik B (The Roots made previous innuendos to Malik’s demons on “Water” off Phrenology). There are also similarities to Jill Scott’s “Rasool.” They all hover around Philly, but anyone can understand the tales.

“Tip the Scale” begins with a flawless drum intro from ?uestlove, similar to that of “Silent Treatment” (off Do You Want More?!!!??!), with Dice Raw’s welcomed commentary: “A lot of niggas go to prison / how many come out Malcolm X / I know I’m not / Shit, can’t even talk about the rest,” adopting the role of the protagonist who at this point is at the wake of his cataclysm. The remainder of undun speaks through the instrumentals, where innocent pianos and violins turn into reckless percussions that fade into searing strings suggesting Redford has died.

undun is not an album for the faint of heart, nor is it an album for the one-dimensional Hip Hop aficionado. Like The Roots accomplished with Phrenology, this is a work to prove that they could do it, and they’ve done it tenfold. Many assumed mainstream success and a house band gig with Jimmy Fallon would evolve into an inevitable stasis for new Roots music. They couldn’t be more wrong. 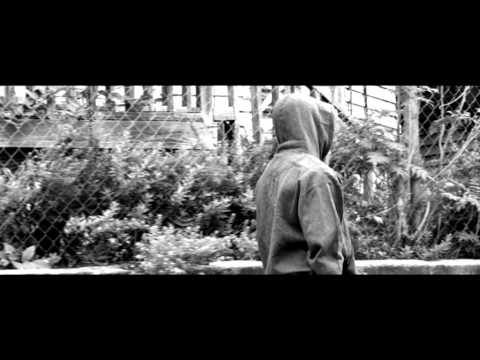