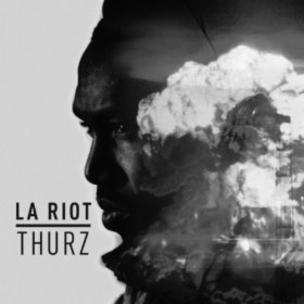 Emcee Thurz was less than 10 years old when the injustice of the Rodney King verdict prompted the Los Angeles Riots of 1992. However, the co-founder of U-N-I had a front row seat to the affair, growing up in the Inglewood section of the city, a community of residents largely feeling deceived by the LAPD’s promises to “protect and serve.” On his solo debut, L.A. Riot, Thurz skyrockets from the pack of so-called “blog rappers” and delivers an informed album enforced by concept, musicality and angst.

L.A. Riot bonds closely with 20-year-old history, but it is not a throwback album. Clearly nodding to West Coast Hip Hop classics by the likes of N.W.A. and Ice-T – dominant urban voices at the time of the King Beating, Thurz’ track “Fuck The Police” is neither a cover nor an update. Instead, Thurz takes Cube and company’s sentiments and proves that little has changed (if we consider Oscar Grant, Amadou Diallo or Ousame Zongo’s were all innocent men murdered by police). Backed by Tom Morello-esque hard and hazy guitars, the song is equal parts energy than substance, and history repeats. That theme carries through to “The Killers,” a more mellow track, where Thurz talks about the minefield of growing up in the ghetto. “If the police don’t kill us, it’s pussy and religion,” he rhymes on the song, where mere existence feels like Russian roulette in audio. Guest singer Jazzy’s Pop delivery makes the record bigger, more tangible, and Thurz achieves a deft balance of very specific geographic issues presented in a universal way. The jewel of L.A. Riot is its highest profile moment, “Riot”

featuring The Roots’ Black Thought. Thought delivers his Game Theory-era accounts of street apocalypse, matched by an extra gully Thurz to capture the angst of a city on fire. This is Ted Koppel doing man-on-the-street interviews on Crenshaw. Once again, Thurz takes a South Central, Los Angeles experience and connects it for all.

The album is shared production from the likes of DJ Khalil, Ro Blvd. and Aaron Harris. Interestingly enough, it sounds seamlessly cohesive. The employment of both samples and live instrumentation makes this experience feel big and orchestral. Thurz’ inspiration from Kanye West is apparent with some of the Electro (“Dope”), although the closeness to the street angst feels very early 1990s Dr. Dre, where a funky live guitar loop meshes beautifully with a Mayfield cut (“Nigga”). Like another South Central emcee ascending from MP3 singles to stellar albums, Kendrick Lamar, Thurz is able to use his subjects and deliveries to hone an album that sonically pulls from a wider spectrum than most artists are capable of.

In the last decade, the West Coast Hip Hop community has pointed fingers to elders for not supporting the up-and-comers. Meanwhile, a counter-movement accused today’s new class of California emcees for not acknowledging the tremendous boundaries broken by the trailblazers of yesterday. L.A. Riot mediates this ongoing debate beautifully. Thurz connects the messages of Cube, Ice-T, Rage Against The Machine and others with today’s youth and their issues. Better than just saying their names, the album pulls news reports, facts and first-person accounts to make it more than just an acknowledgement. This is one of the most direct and informed accounts from a Los Angelino emcee of the last decade. 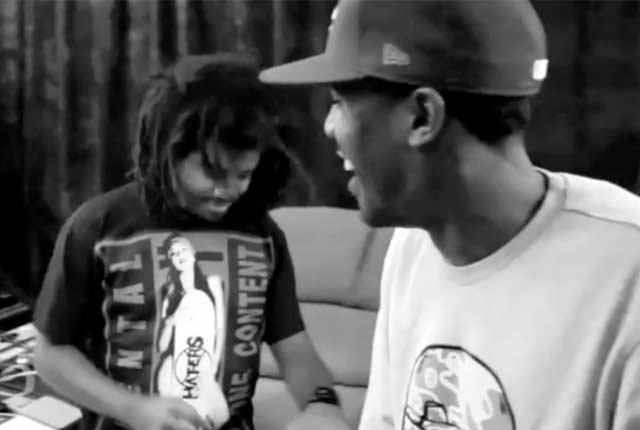