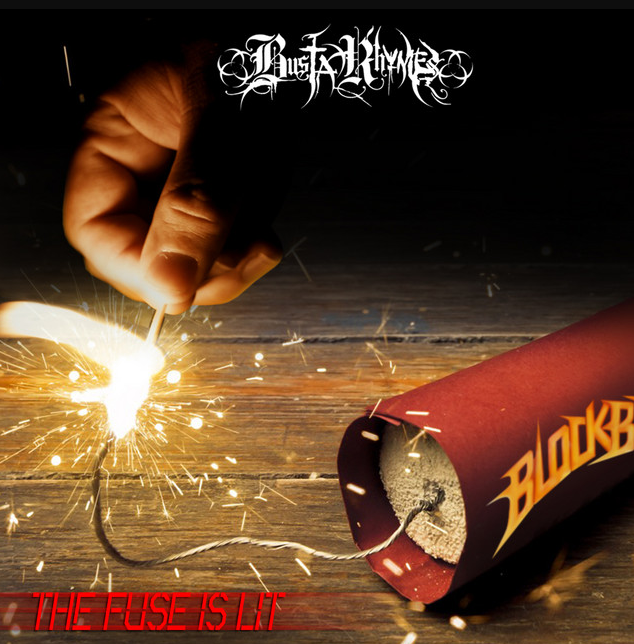 Busta Rhymes, Hip Hop’s least duplicable figure, was set to return after an eight-year hiatus in 2020 with the electrifying Extinction Level Event 2: The Wrath of God (a sequel to 1998’s Extinction Level Event: The Final World Front). With renewed vigor, he didn’t make us wait as long this time for new material, dropping off a short and sweet new five-song EP, The Fuse is Lit, a salute to his Jamaican roots and proof he can shine among the next generation.

EPs are always a mixed bag, as they generally have a hard time picking up steam; in this case, things do feel a bit aimless, coming across as more of a playlist than a project. That’s alright, though, as he attempts to do a little of everything with moderate to great success.

The project starts relatively strong, with the Swizz Beatz produced “Break This Bitch Up,” which sounds like a 2003 “Light Your Ass on Fire” or “Make It Clap” version of himself, weaving through Swizz’s bouncy production. For purists, the EP’s crown jewel is the second track, “Slap,” which brings together one of today’s most potent pound-for-pound MCs, Conway The Machine, and one of the golden era’s most revered lyrical superheroes, Big Daddy Kane.

Over the James Brown-sampled Marley Marl production, a nod to the 1987 Biz Markie and Kane song “Just Rhymin’ With Biz,” the three MCs more than deliver. Kane steals the show with classic wordplay like “The urgency for currency certainly workin’ me, purposely, even inadvertently, turnin’ me into Hercules.”

For younger listeners who may not get the allure of “Slap,” Busta does a great job curating some delicious dancehall vibes. The Rvssian and Kosa crafted “Bulletproof Skin” is unquestionably the EP’s most significant record—with TikTok already beginning to run it up aggressively. Skillibeng, the 25-year-old dancehall phenom, joins the veteran MC—with a performance that only adds to the massive potential oozing from his Mr. Universe EP, which was released earlier this year.

He also gets “Gyalis” singer Capella Grey to join him on “Run It Up,” another excellent example of his ability to mingle across generations and blur lines between them.

However, while there is an oddly comforting familiarity about how spry Busta remains on the mic, it’s also a point that can—and should—be criticized by longtime fans. One can’t help but feel that there is something almost overly juvenile about some of his bars, whether overindulging on “Hot Sex Pt. 2,” the EP’s most skippable joint, or donning an absurdly aggressive persona with the young bucks.

In an era when legacy acts like Nas are still dropping at a high level, it’s incredible to see Busta Rhymes, an MC who has more than earned the flowers he so rarely receives, still penning and performing from what sounds like a fountain of youth.

Although The Fuse Is Lit doesn’t rank among his discography’s brightest moments, sounding at times like a mash-up of other Busta songs in a giant cauldron, it’s still a solid showing brimming with possibilities of what’s to come from the dungeon dragon. To borrow a quote from Leaders of the New School’s second album, T.I.M.E. (The Inner Mind’s Eye), “what’s next?”

@BustaRhymes seems to be paying homage to his old school rap and especially Jamaican/dancehall (with modern twists of course) roots with his new EP – “The Fuse Is Lit”. I’m here for it as usual