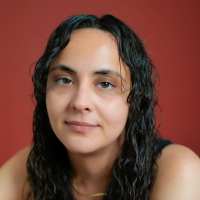 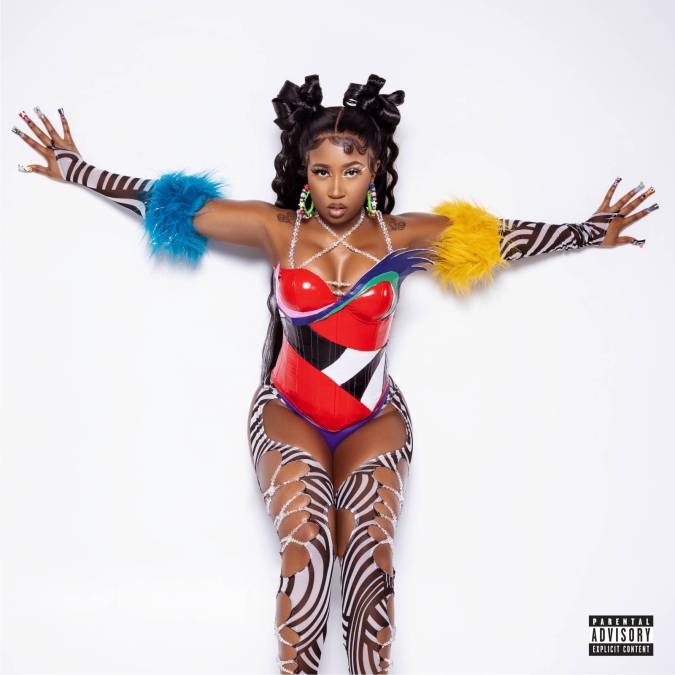 Before blossoming into HipHopDX rising star Baby Tate, a young Sequoya Farris was a shy young girl who hid her talents. But her late cousin Taylor would not allow Farris to shield her gifts, demanding that she stop and sing for the other kids while riding bikes in their neighborhood. “She definitely was instrumental in my confidence in showing my gifts and talents,” Tate told HipHopDX this summer. “And I will forever keep her memory alive by continuing to do what she saw I could do as a little baby.”

In the same interview, Baby Tate said she was busy manifesting her “most successful project” to date. With Mani/Pedi, the HipHopDX 2022 Rising Star delivers on that promise and more with the most cohesive display of her equally sharp R&B vocal and lyrical abilities. Throughout the tight 42-minute, 14-track mixtape, the Atlanta-born rapper details the extent of her flawlessness (“Perfect”), asserts her sexual dominance (“Slut Him Out Again”), and warns us she won’t be trifled with (“Pedi”).

The prodigy daughter of legendary singer-songwriter Dionne Farris and Atlanta guitarist David Ryan Harris, Tate grew up listening to a Monie Love CD commandeered from her mother’s music collection. You can hear that influence in Tate’s sharp, incisive lyrical style. But you can tell the bravado that fuels the up-and-comer is innate.

Armed with professional production help for the first time, a set of features from a cadre of the best women MCs on the block, and catchy pop hooks, Tate self-released her debut LP Girls in 2019, followed by the R&B-focused breakup EP After the Rain in 2020. The production help has allowed Tate to focus more fully on songwriting – bringing us to Mani/Pedi, which Tate correctly predicted would be her best entry to date. The 26-year-old has clearly hit her stride in finding the balance in displaying her lyrical dexterity and R&B chops. And the result is a fun and raunchy Hip Hop/R&B hybrid filled to the brim with clever pop culture allusions, cheeky double entendres, and versatile displays of her classically trained vocal talent.

Lyrically, Tate sets the tone from the outset by comparing herself to both Beyonce and Jesus in opener “Perfect.” “I’m the prom queen, you a prom date/ I don’t drink gin, I’m the Bombay/ Wanna get there? Maybe one day/ You’ll be P-E-R-F-E-C-T/ Something like T-A-T-E.”

Tate’s vocal work is just as impressive. She displays her range from the sultry run on “Do Better” (“If he knew better, he would do better”), to the evil singsong of “Karma” (“Until karma comes for you”), and the interplay between her own lead and backing vocals on “What’s Love.” Vocally, there are times when Tate sounds like a one-woman girl group. Other artists have to collaborate to get the quality hooks and harmonies Tate can produce herself.

The missteps here are minimal but present. Tate shines so bright that the middling verse from guest 2 Chainz on “Ain’t No Love” stands out like a sore thumb. It must’ve cost a lot, so it’s understandable that it would make it onto the album, even though it clearly should’ve never left the cutting room floor. The lack of chemistry between the two is in stark contrast to Tate’s rapport with Georgia rapper Kali on “Slut Him Out Again.”

In a period of renaissance for women, Baby Tate stakes her claim to the top-tier with Mani/Pedi.  The vocalist, rapper, dancer, and producer continues to refine her pitch as the filthiest, shrewdest, and pedi-est rapper in a generation chock full of bad bitches. And with clear progression year over year, it’s a safe bet the self-proclaimed “Dancing Queen” will keep those feet moving.

baby tate youve got a fan out of me! pic.twitter.com/nZA7wszNU1

Baby Tate really said:
"I am that b!tch and I know cause I said it
Don't gotta gas me up sis, I'm unleaded
Think you got it, you still tryna get it
Think he a dog, till I pull up and vet him"

pssst…long albums aren't dead and never went away to begin with.