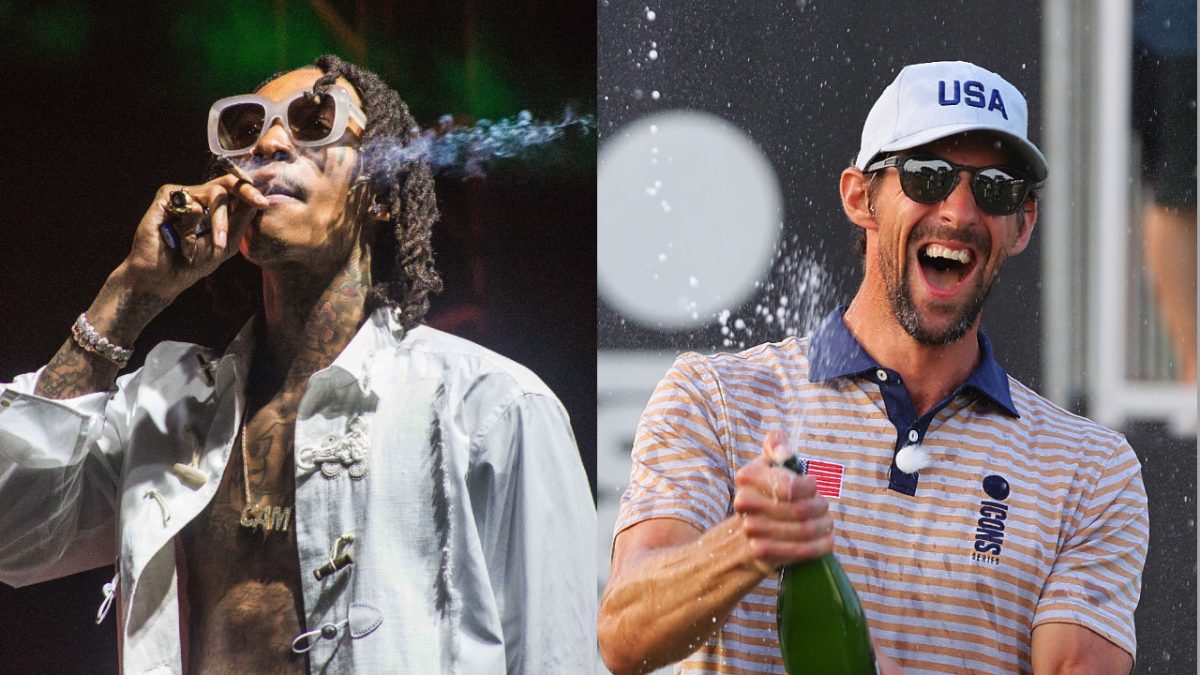 Wiz Khalifa has revealed he recently got the opportunity to smoke with Michael Phelps, the most decorated Olympian of all time – and his lungs were as strong as one would assume.

The Taylor Gang CEO recounted the story on the latest episode of Spotify’s Rap Caviar podcast, released on Thursday (December 1), and compared the competitive swimmer’s lungs to Aquaman’s.

“I just smoked with Michael Phelps. That was pretty cool. And he was super chill,” Wiz told the show’s host, Jinx. “He just kept walking up to me like, ‘This weed is amazing.’ He was like, ‘I feel like I’m floating!’ And I wanted to make a swimming joke but I was like, I’m just gonna keep that to myself, bro.”

He added: “That dude’s got like, Aquaman’s lungs, bro. The weed inhale – he’s smoking a joint like in two puffs.” Listen to the full episode here.

An avid Hip Hop fan, Phelps named Lil Wayne’s “I’m Me” as his go-to song while competing in his third Olympics back in 2008. Far more recently, he actually chopped it up with an incarcerated Young Thug in a Twitter back-and-forth.

“I’m talking with my roommate and we’re wondering if you could swim 100 miles from the middle of the ocean back to shore – @MichaelPhelps,” Thugger wrote in a tweet in August.

Less than two hours later, Phelps had an answer for him. “Yeah,” Phelps answered. “I think I could make it.”

Thug then asked how long it would take, and after talking it over with his coach, Phelps returned with a number. “Talking to @coach_bowman … We think it’d take 50ish hours… and it wouldn’t be pleasant!”

Meanwhile, Wiz Khalifa is ready to be an Olympic competitor himself – but in a far different category. Earlier this year, Styles P proposed a “Smokers Olympics,” calling on the likes of Snoop Dogg, Wiz, Curren$y, Method Man, Redman, Cypress Hill’s B-Real, Smoke DZA and Berner to put their lungs of steel to the test.

“Hey Ghost, I hear you talking about a smoke-off. I love the thought of it,” Wiz responded. “It’s all love, too, because I respect my OGs, everybody who raised me. I smoke and listen to all of y’all’s music. My motto is: if you can’t smoke weed to it, I don’t wanna listen to it, so you on that list. I love you.

“But the n-ggas you named — Snoop is your old head, Curren$y is your young n-gga, I’m Curren$y’s young n-gga, so you know what the young n-ggas do. We gonna bring some shit that’s gonna fold you like a chair.”