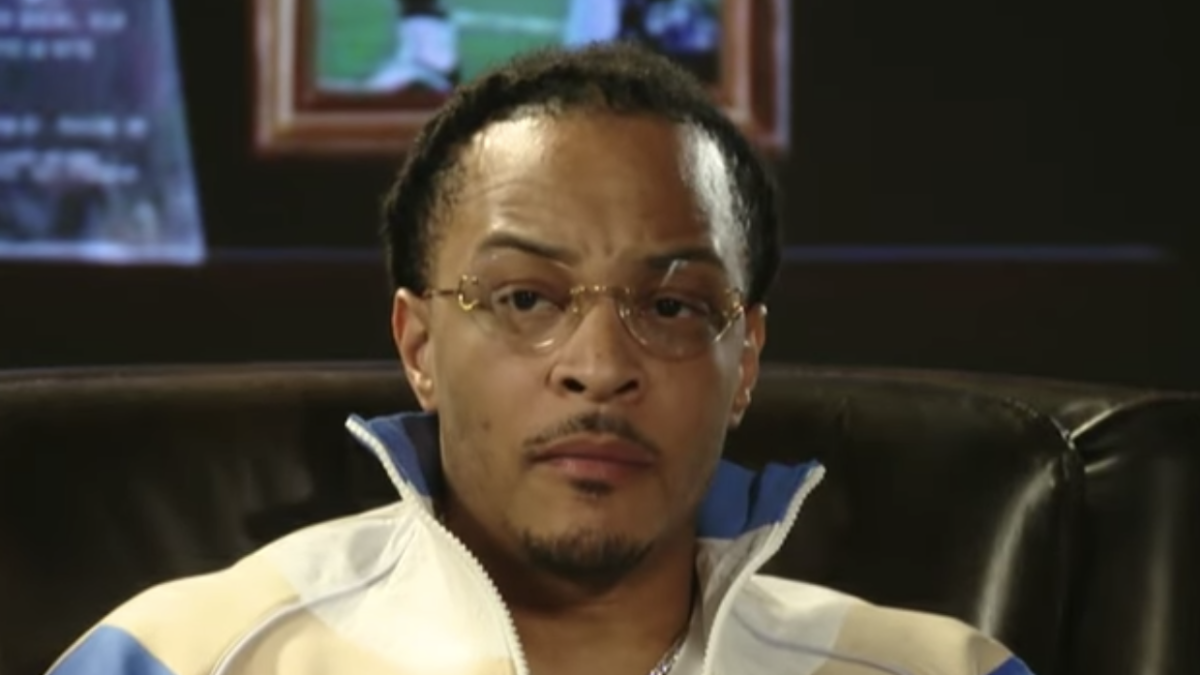 T.I. Defends Son King From Criticism Over Arrest: 'We All Got Bad-Ass Kids!'

T.I. has gone to bat for his son, King, following some public criticism stemming from his arrest last year when he was reportedly booked on four violations.

Tip recently joined NFL Hall-of-Famer Shannon Sharpe’s Club Shay Shay podcast where he essentially pointed out that everyone’s got “bad-ass kids” these days and his seven children aren’t the only ones making mistakes out there, although it’s a bigger deal with the Harris family name attached to them.

“I would like to shed light on the fact we all got bad-ass kids. Don’t make it seem like I’m the only one on here who got bad-ass kids,” he asserted. “You feel what I’m saying? If you ain’t got no bad-ass kids you got one and you got lucky.

“Anybody with three or more, you got one that you don’t know what the hell you gon’ do with. You feel me? So I just wanted to take the time to say that.”

Days after King’s September 2022 arrest, T.I. spoke out and told fans to stop trying to tell him how to properly discipline his children.

“Can’t nobody stop it but him. I’ve already made my peace with it because I know that energy. I was that energy. I know exactly how it’s gonna turn out.”

King Harris claimed he was originally pulled over for not wearing a seatbelt and subsequently expressed regret for his actions.

“Y’all right,” he wrote. “We too rich fa da shit! I agree,” followed by two laughing emojis. “I’m sorry that a muthafucka caught me while I was on my way to vacation. I’m sorry, I thought I was doing what a young n-gga was supposed to do. I ain’t wanna be in there.”

King also addressed those who claim he’s trying to be a gangsta, saying he never intended to get arrested.

“Everybody that’s saying, ‘N-gga tryna be gangsta.’ I ain’t ask for the police to pull me over, y’all bitch ass n-ggas,” he snapped.