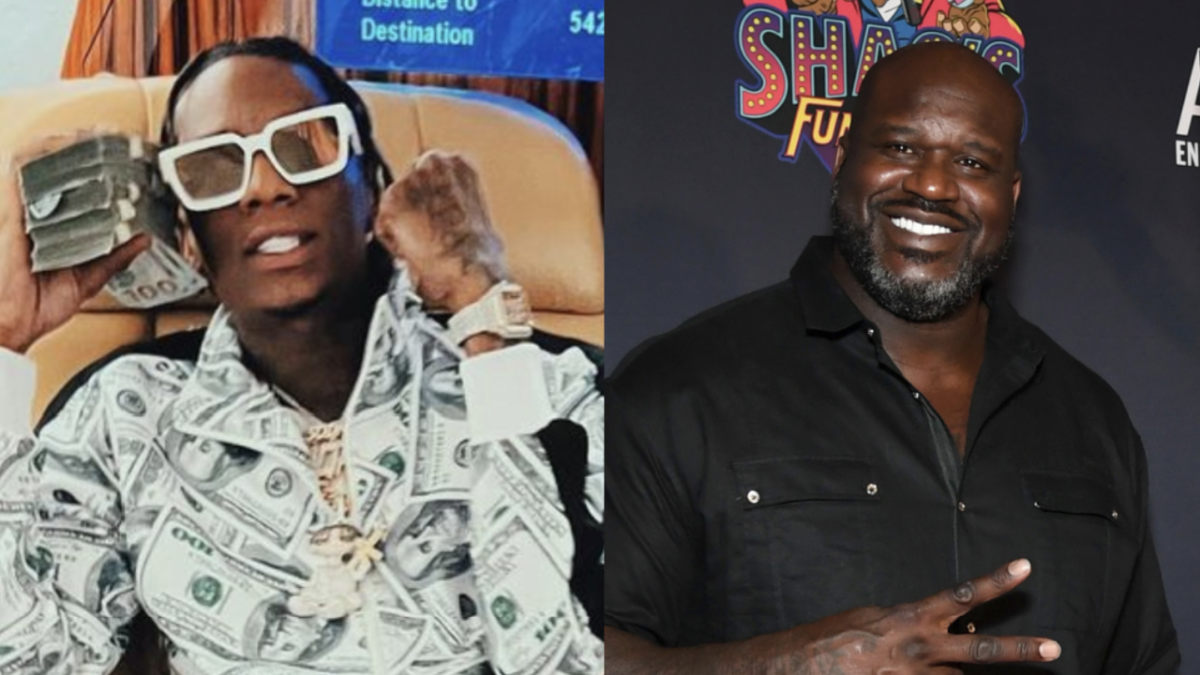 Soulja Boy has many “firsts” under his belt and he’s never been shy to boast to the public about his various feats.

Earlier this week, Big Draco claimed to have another when he flexed a $1 million bill for fans to see which made the rounds on social media and eventually fell into the lap of NBA legend Shaquille O’Neal who said he actually had a custom bill just like it during his rookie season in 1992.

The clip was reposted by Akademiks and Shaq Diesel found his way into the comment section and swatted Soulja’a claims like the thousands of shots he did throughout his illustrious basketball career. “You not the first i was back in 92,” Shaq claimed on Tuesday night (December 6).

Now, Shaq never posted any proof of his $1 million bill from the ’90s as it was three decades ago. It should be stated that Soulja Boy’s bill is a novelty item and the U.S. has never actually issued a legitimate $1 million bill in its currency system. Regardless, fans had fun with the idea of Soulja Boy using the counterfeit bill in public.

“Imagine going to the gas station and this nigga ask for ‘a million on pump 3’ and pull that bullshit out,” one person wrote while another added. “N-gga my gma had one of those to bookmark her Bible.”

This is far from the first outrageous claim made by Soulja Boy when it comes to firsts. In October, he puffed his chest out when he held his newborn baby inside his own shirt claiming he was the first to do hold a baby as such.

Throughout the course of 2022, Soulja Boy’s claims of being the first rapper to do any number of things has seemingly become more and more incredulous.

Soulja Boy did have to eat a slice of humble pie recently, though, as he conceded to Warner Records rapper NLE Choppa that he was indeed the first rapper to walk out an NBA team to his music after the “Too Hot” lyricist soundtracked the Memphis Grizzlies’ starting line up introduction at a game in October.