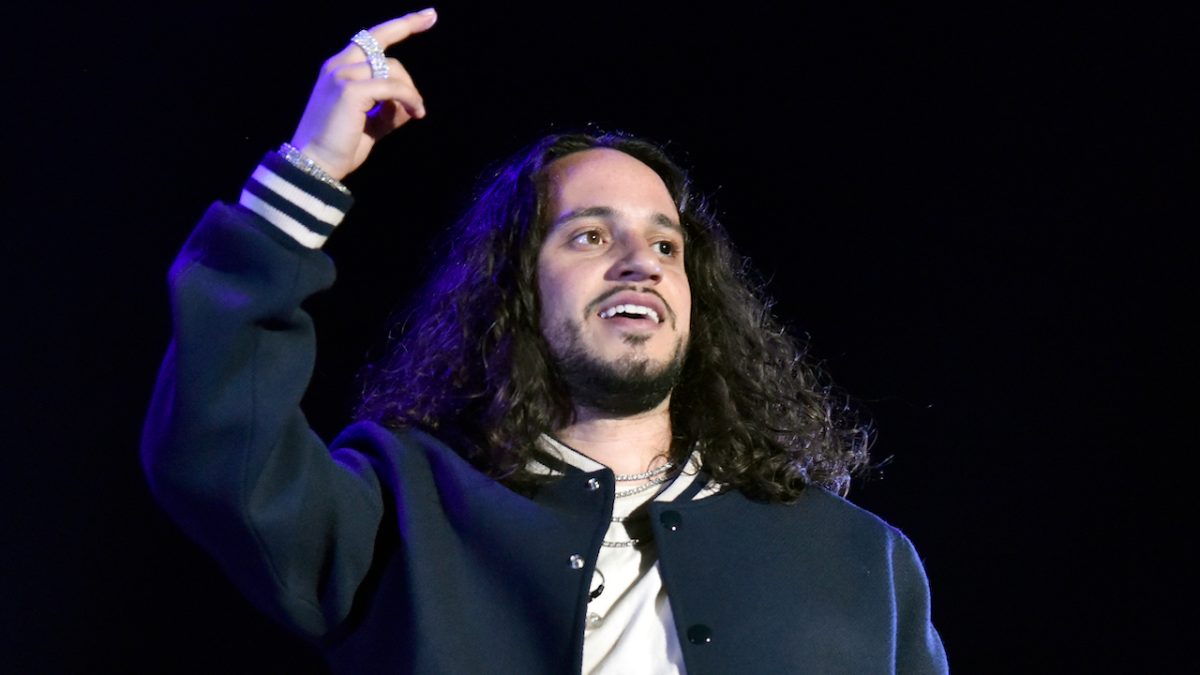 Russ has started teasing his next project, which he said on Twitter will include an “ambitious” lineup of guest artists and producers.

The “Losin’ Control” hitmaker took to Twitter to reply to a fan who inquired about the status of Chomp 3, the follow-up to his 2021 project Chomp 2. While Russ couldn’t directly answer the question, he did drop a few gems about what to expect.

“Idk but I wrote to two alchemist beats today I gotta ambitious feature lineup so bare with me but 2023 is the for sure goal,” he wrote.

In a separate tweet he added: “On this flight writing to Boi1da Alchemist & Jake One beats CHOMP 3 otw CHOMP 2 > everything that’s dropped since.”

Idk but I wrote to two alchemist beats today

I gotta ambitious feature lineup so bare with me but 2023 is the for sure goal https://t.co/gUSAXixV1M

On this flight writing to Boi1da Alchemist & Jake One beats

CHOMP 2 > everything that’s dropped since

Russ’s Chomp 2 was already a who’s who of rap, stacked with features from Jay Electronica, Westside Gunn, Jadakiss, Big Sean, Snoop Dogg and a slew of others. He didn’t hold back on the production side either, with beats from the likes of Hit-Boy, The Alchemist, DJ Premier, Boi-1da, Statik Selektah, Bink! and Mr. Porter.

Most recently, Russ linked up with Ed Sheeran for “Are You Entertained,” and in August broke down how he spent $1 million to get the song and video made, demonstrating his impressive capabilities as an indie success story.

Russ’s Chomp 3 teasers also come shortly after he celebrated another career milestone after claiming to be the first solo rapper to have performed at the famous Egyptian pyramids.

A video captured of the moment in October shows the Atlanta rapper closing out his show with his blockbuster hit “Losin Control,” with the audience screaming along to every word. The pyramids can be seen lit up in the background.

The momentous achievement was just the latest accomplishment the Zoo rapper has flexed this year. In July, he took to Instagram to post his account balances and show off the six-figure bags he secured from TuneCore and his own distribution. He compared his new numbers to the minuscule digits he received back in 2012.