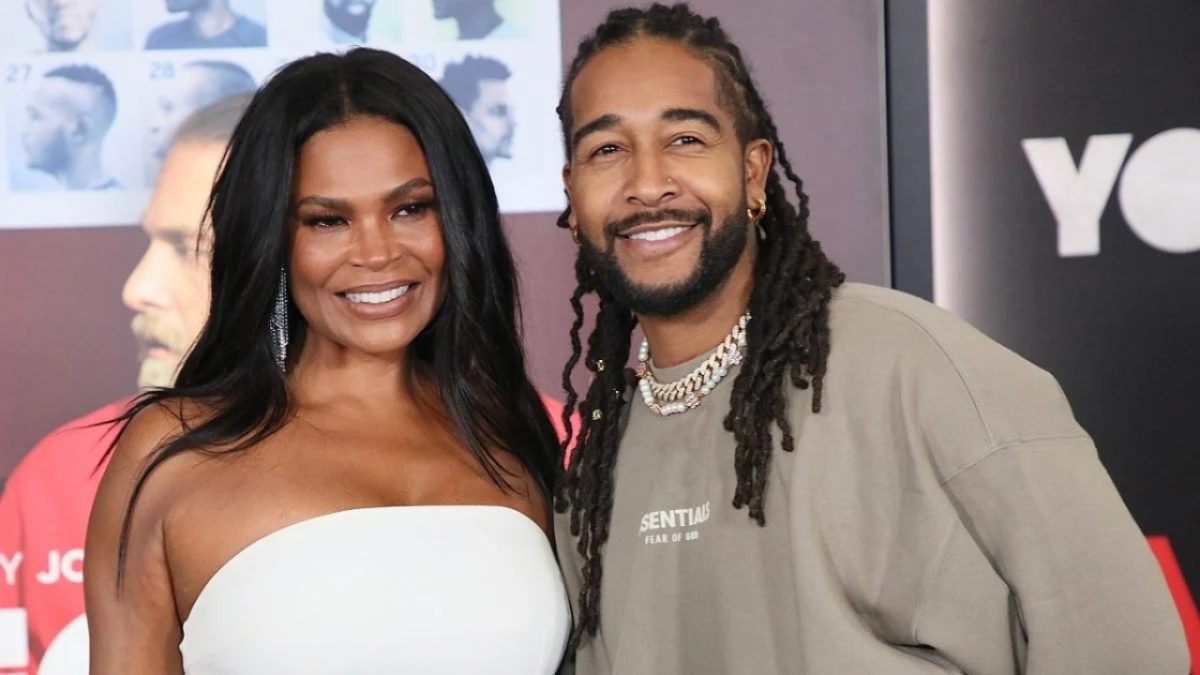 Omarion has responded to Nia Long after she proclaimed to be single, despite the pair sharing a flirty moment on the red carpet.

The former B2K singer sparked relationship rumors with the actress last week after posting a video on Twitter showing him posing with Long at the premiere of her latest film You People. At one point in the clip, Long grabs Omarion’s hand, trailing him along through a row of photographers.

Despite the apparent chemistry between the two, the 52-year-old insisted that people need to “simmer down” as she’s still very much “single AF” in response to the viral moment.

Omarion was asked about Nia Long’s comments during a quick conversation with The Shade Room while leaving the airport this week, saying that there’s no truth to the rumors that they’re dating while noting that he, too, is currently romantically unattached.

“No,” he said when asked about the speculation. “I just met her for the first time on the red carpet.”

The 38-year-old crooner didn’t completely shut the door on the possibility of a romance between him and Long blossoming in the future, though.

“You never know!” he added with a smile, before describing their red carpet moment as a “big Scorpio vibe.” “Nothing but respect for the queen. I mean, who wouldn’t?”

This isn’t the first time the internet has tried to pair up Nia Long with an artist following her messy public breakup with former fiancé Ime Udoka last September.

The morning after news of Udoka’s alleged cheating broke, J. Cole began trending on social media thanks to the popular lyric from his 2014 single “No Role Modelz,” which found the rapper confessing to crushing on Long.

Cam’ron added fuel to the fire a few weeks later after he reposted a series of screenshots of several DM’s he sent to the actress.

“Hey stink. I was giving you some time to yourself till I reached out,” Cam’s romantic message began. “Your perseverance as a strong black woman through this turbulent time has been something to behold.

Raz B Responds To Omarion Calling B2K His Backup Dancers: ‘That Was Really Funny’

“You shouldn’t be taken advantage of and exploited as you did nothing to deserve this,” he continued. “Especially all over these sports networks. You’re bigger and better then [sic] that. You’re a queen, and by the way I’m a king. Together we can achieve the greatness we were both destine [sic] for as a couple.”

The Dipset rapper revealed in his caption that he was still awaiting a response from Long.

Nia Long stars alongside Eddy Murphy in Netflix’s You People as the conservative Muslim parents of the romantic comedy’s main character Amina, played by Lauren London. The movie arrives on the streaming platform on Friday (January 27).