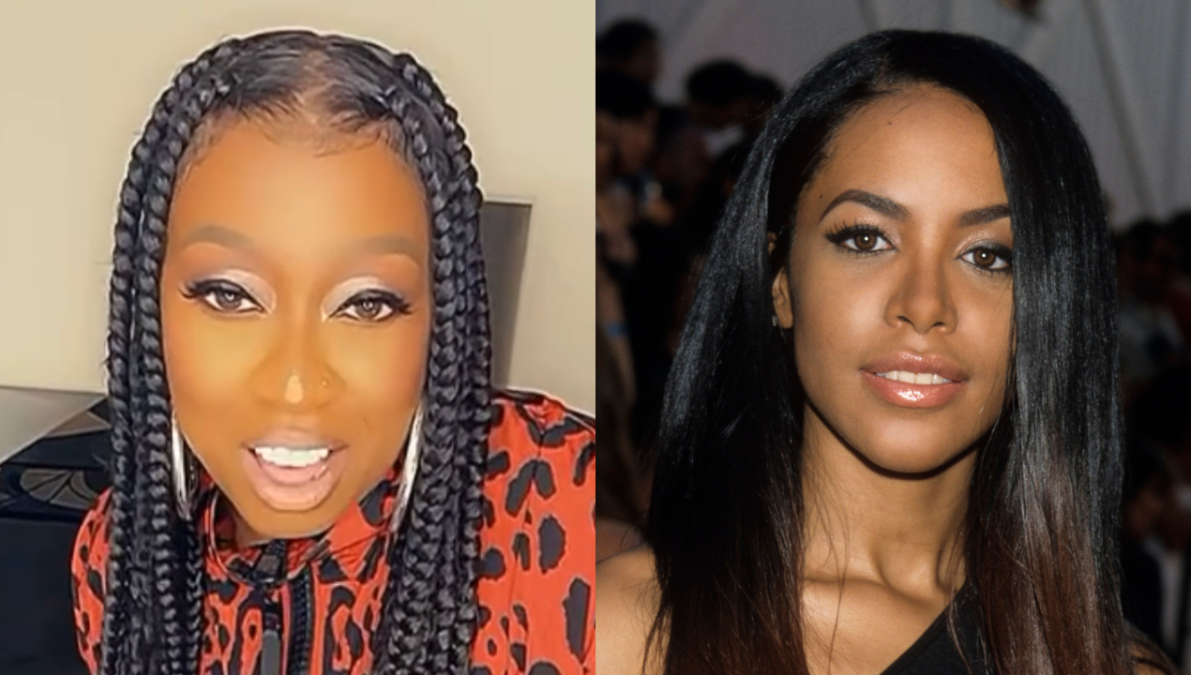 Missy Elliott Remembers Aaliyah On Her Birthday: 'You Will Forever Be The Blueprint'

Missy Elliott has paid tribute to Aaliyah with a social media post remembering her on what would’ve been the late singer’s 44th birthday.

On Monday (January 16), Missy took to Twitter to honor the singer who was killed in 2001 in an airplane crash in The Bahamas. The “Gossip Folks” rapper made a note to send out her tweet on the day Aaliyah would’ve turned 44 years old.

In her tweet, Missy called her friend a pioneer for being original with her style and music while also calling her a natural are far as acting and fashion goes.

“You will forever be the BLUEPRINT of what it means to STEP OUTSIDE the box MUSICALLY & creating NEW style in FASHION & a NATURAL at acting & being GREAT at them all The World will always feel your IMPACT & LOVE you shared 4ever,” Missy tweeted.

You will forever be the BLUEPRINT of what it means to STEP OUTSIDE the box MUSICALLY & creating NEW style in FASHION & a NATURAL at acting & being GREAT at them all☺️The World will always feel your IMPACT & LOVE you shared 4ever🕊💜 pic.twitter.com/dlAW0WZIHI

The 51-year-old has always made it a point to honor Aaliyah as she did during the Christmas season. For her tree decorations, the Virginia native had vinyls and CDs of legendary artists hung up on her tree, including projects from Aaliyah, 2Pac, The Notorious B.I.G. and more.

Missy displayed the decorations in an Instagram Reel that showed her approaching the Christmas setup, which was guarded by a matching pair of life-sized, all-black nutcrackers.

“This tree is a different kind of tree,” she said. “This tree has vinyl and CDs on it. You got Aretha Franklin, you got Aaliyah, you got 2Pac. You got a Chaka Khan CD right there. You got Luther Vandross over there. You got Stevie Wonder up there.”

Missy Elliott and Aaliyah were good friends to the point where they considered themselves siblings. During an interview with Entertainment Weekly in 2002, Missy explained how close they were and said they felt like a real family outside of the studio.

Aaliyah Was Supposed To Do A ‘Roc The Mic’ Remix, Says Young Guru

“Our relationship went beyond the work we did together. We felt we had created a new sound, but it wasn’t like we just did records and that was it. It was more of a family vibe than just work. We could tell each other anything.”

The two recorded several collaborations together including “Best Friends,” “Ladies In Da House,” “Stickin Chickens” and more. Last year, Missy shed light on Aaliyah’s ad-libs on the 1996 One In A Million single,” 4 Page Letter,” in which she begins the track with, “Yo, turn my music up. Up some more. Up some more. Up a little bit more.” According to Missy, it was all a happy accident.

“Fun fact,” she tweeted. “When I was in the booth singing this, my engineer had the music too low, so I was telling him to turn it up, but Aaliyah thought I meant to do it so she sung it like I did on the demo but it was a mistake,” she wrote. “But she loved it. so we kept it like that.”