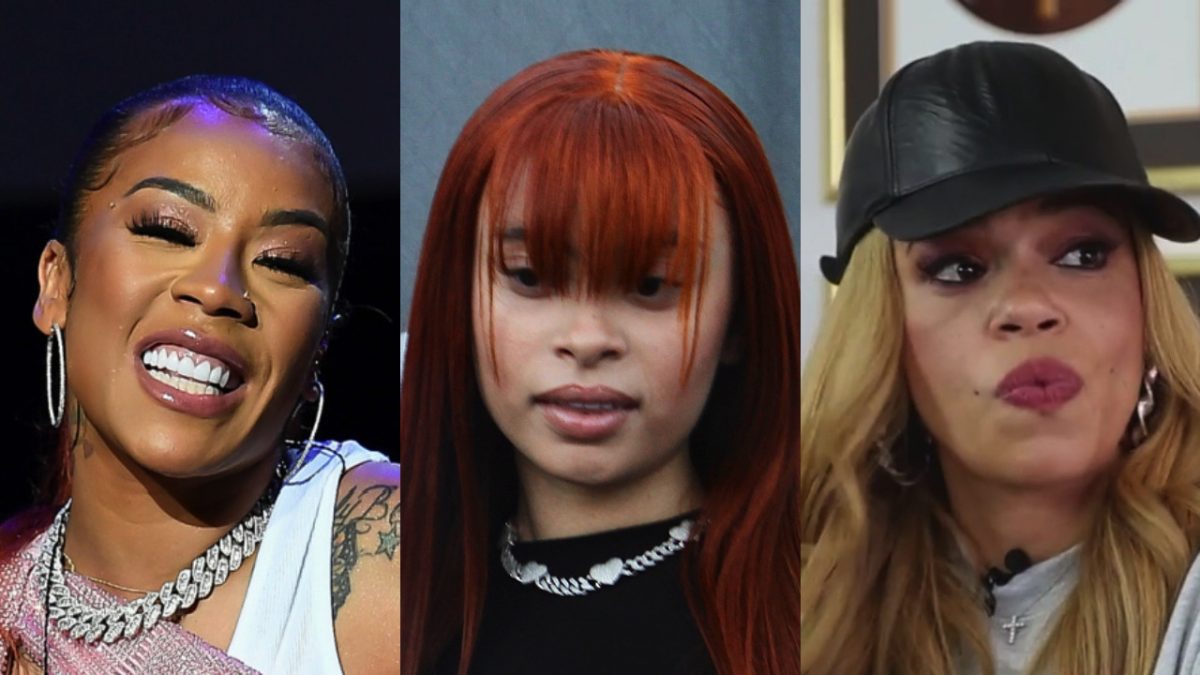 Keyshia Cole has got some jokes regarding Ice Spice and Faith Evans‘ visual similarities just like the rest of the internet – but it’s all in good fun.

On Monday (January 23), the Oakland singer was on Twitter when a fan tweeted her with a photo of Ice Spice and jokingly wrote, “You ate that.”

“That’s @faithevans not me,” Keyshia wrote back with a laughing emoji.

She made sure to clarify that she was just being silly, touching on why people often compare the “Munch” rapper to Faith and adding that she loves her vibes. “[Ice] is pretty af .. it’s the hair colors! Love her vibes.”

The Twitter interaction was quite the opposite experience from the last time Keyshia Cole made headlines for her tweets. Earlier this month, a Twitter user came at the “Heaven Sent” singer for deciding to make a Lifetime movie about her life – including her tumultuous relationship with her biological mother, who passed away in July 2021 of an apparent overdose.

“I said it! As soon as @KeyshiaCole momma died she was going to used [sic] that opportunity as she always does and make it work for her. Now she is making a movie about Frankie she always degrading them for her benefit.”

Keyshia quickly responded, balking at the idea that she would dishonor Frankie Lons’ memory in any way and defending her right to share her story. She also revealed that the as-yet-untitled biopic would feature a new song dedicated to the late reality star.

“Degrading my mother. ? I wanted the best for my mom,” the singer tweeted. “You prefer my story not be my story? At times I have too. But my truth is my truth. I just live mine loud. (while some suffer in silence. But This will come wit all that I do, So speak YOUR TRUTH, but yours ain’t mine. [heart emoji]”

She continued: “And I’m addition to that I have recorded a record that will be in the movie dedicated to my mother. (You all may or may not like it) but….. This movie was healing in some ways for me, so very appreciative of having this happen.”

Production on the film began in November 2022, and veteran actress Debbie Morgan has been tapped to play the late Lons.