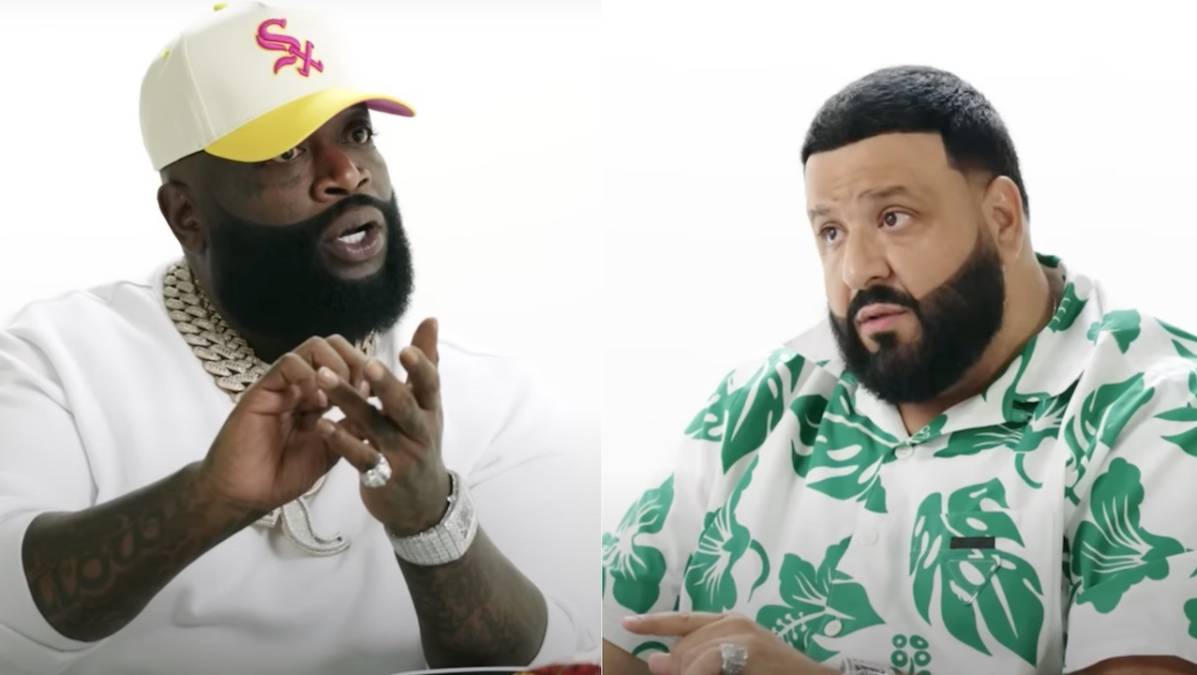 Rick Ross and DJ Khaled had an intense discussion over what is the greatest snack of all time.

Appearing on GQ Hype Debate Show, Ross and Khaled both make compelling arguments about what the best go-to snacks are.

For his selection, Ross chose his own version of potato chips as his personal favorite.

Going in the sweet direction, Khaled chose Cinnamon Toast Crunch as his snack of choice.

After hearing that, the Maybach Music CEO posed an interesting question to Khaled about the milk he uses for his cereal.

“Is it from the almond of the walnut? Is they squeezing it out of the peanut?” he asked. Interestingly, the “God Did” producer could not come up with an adequate response.

“I don’t have that answer and I usually have every answer,” Khaled said.

“What really separated that Cinnamon Toast Crunch moment from all those other Honey Smacks, Captain Crunch, the Honey Nut Cheerios?” Ross asks.

This time, Khaled was ready to respond. “170 calories,” he said.

Besides arguing over the world’s greatest snacks, the two superstars still create music together since first collaborating on Khaled’s debut single, “Holla at Me,” back in 2006.

In September, Khaled‘s GOD DID album reached the No. 1 spot on the Billboard 200 and Ross is featured on the title track along with Lil Wayne and JAY-Z.

In celebration of the LP’s success, Khaled posted a tribute on Instagram about his 13th album.