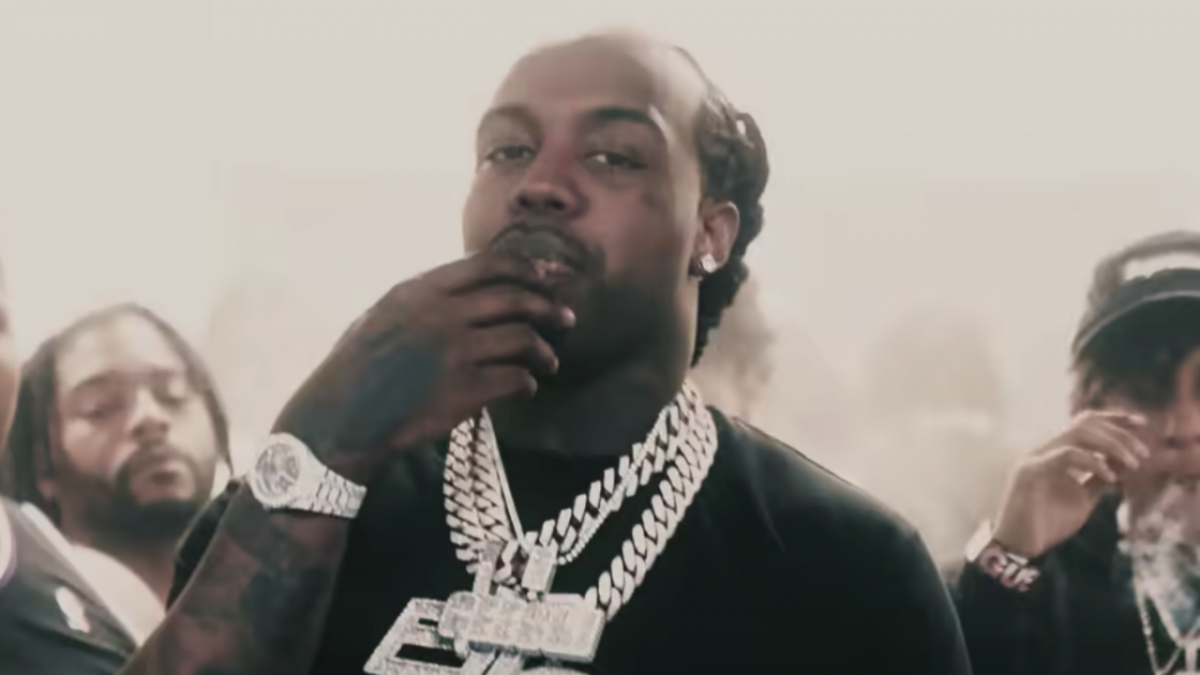 EST Gee has announced that he’s got a new album on the way.

The Louisville spitter revealed on Wednesday that his next LP titled I Never Felt Nun is set to arrive on September 16.

“I Never Felt Nun 9/16,” he wrote with the accompanying interactive cover art showcasing Gee sitting atop the throne with a ton of icy chains covering his neck.

The 28-year-old fired shots at rappers who use antics outside of music to generate social media views and press coverage surrounding an album announcement.

“Y’all used to n-ggas promoting they album tryna get on the blogs and shit doing shit just to get talked about so they can get posted so n-ggas pay attention to they music but I just got music,” he said. “My life’s real.

The CMG rhymer also revealed the track list for I Never Felt Nun, which boasts 21 songs in total, but chose to keep the handful of features a secret.

EST Gee is coming off the release of his joint project Last Ones Left with incarcerated CMG running mate 42 Dugg in April, which topped out at No. 7 on the Billboard 200.

He also contributed to the CMG compilation album Gangsta Art and his “Strong” collaboration with Moneybagg Yo received the visual treatment earlier this week.

The clip follows Gee and Bag as they make their rounds hanging with their crews before a concert and then hit the arena stage together.