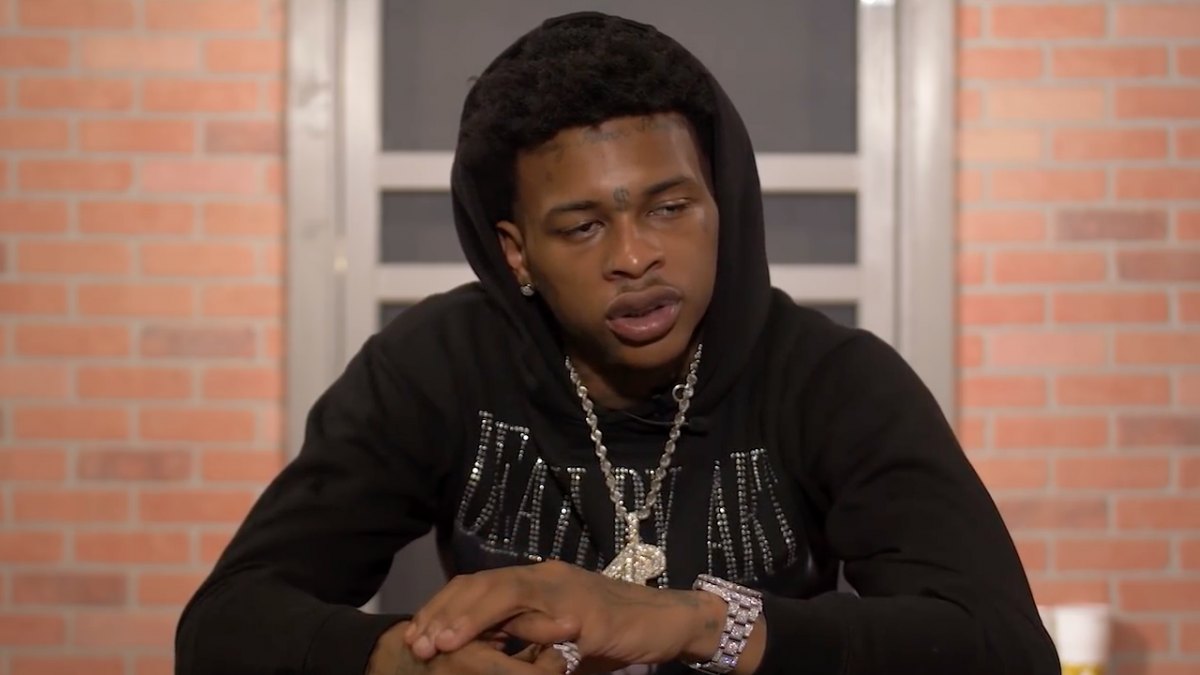 Lil Baby‘s 4PF artist Dirty Tay was arrested last week after being accused of shooting a toddler and his father.

According to the Atlanta Journal-Constitution, police arrested 24-year-old Dirty Tay (real name Kentavious Wright) during a traffic stop on Friday (August 19) and booked him into the Fulton County Jail on a dozen counts.

The charges include criminal attempt to commit murder, aggravated assault, first-degree cruelty to children and three counts of committing offenses listed in Georgia’s Street Gang Terrorism and Prevention Act with the intent to gain membership or increase his status in a criminal street gang.

Officers took Dirty Tay into custody alongside his girlfriend, who was found with with a gun that police say belonged to the rapper. The arrest was caught on body-worn camera footage, which you can see below.

The shooting reportedly took place on August 3 and involved a man and his three-year-old son being shot at while leaving the Off the Hook barbershop in southwest Atlanta.

According to police, the father and son were driving down Peters Street when a Kia did a U-turn and began to follow them. The car pulled up alongside the passenger side at an intersection and multiple shots were fired, resulting in the child being struck in the head.

The father estimated five shots were fired before the suspect drove to a fire station, with three 9mm shell casings being found at the scene of the crime. The child was rushed to the hospital and considered to be in stable condition hours after the shooting.

On Wednesday (August 24), Dirty Tay denied his involvement in the shooting in a post to his Instagram Stories. “I’m innocent the news is not always right don’t bash me because of allegations,” he wrote.

The Atlanta rapper released two albums, Way Bigger on the Low and Too Turnt Up, on Lil Baby’s 4PF label in 2020, with his songs “Beast” and “Don’t Wanna Do It” racking up over a million streams each on Spotify.