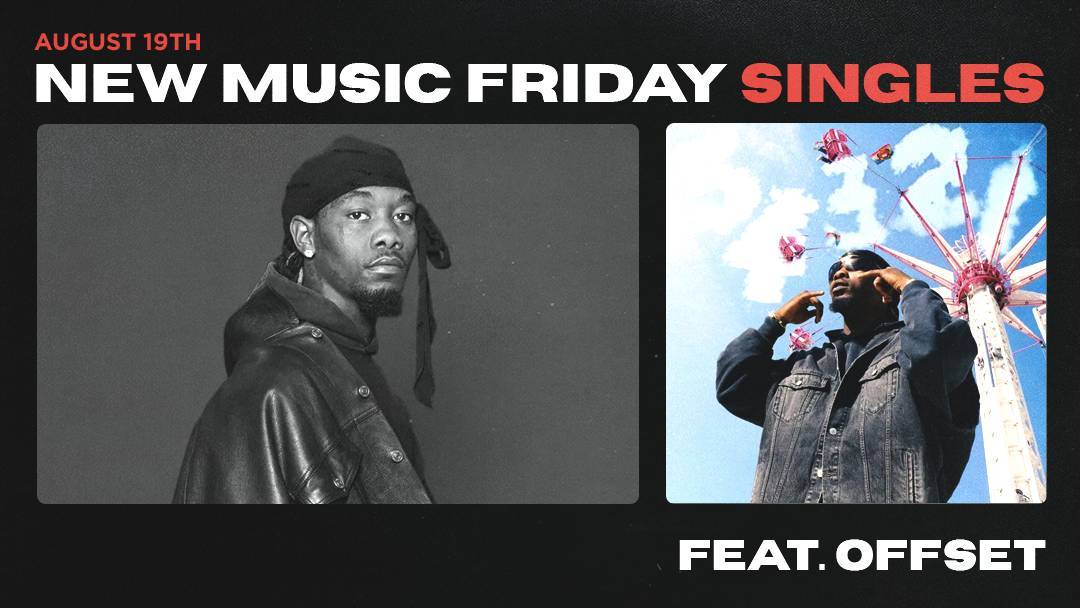 There are certainly some A-Listers on this list, but this week’s edition of New Music Friday is for the bar-loving rap fans. There’s a diverse range of artists dropping new singles today. Everything from Southern, triplet-loving rappers, such as Offset and Moneybagg Yo, to the leaders of Brooklyn Drill in Fivio Foreign is represented. If fans are looking for some post-SoundCloud raps, look no further as Lucki unleashed new music this week as well.

Included alongside the major drops of the week like Key Glock’s “From Nothing” is a smattering of songs which, without careful attention, could have been swept under the rug. R&B-adjacent artist serpentwithfeet came forward with “I’m Pressed,” as did one of rap’s most underrated artists, Tony Shhnow, with the Brent Faiyaz-assisted “Don’t Look At Numbers.”

Keep reading for HipHopDX‘s complete coverage of all the best new singles from Hip Hop and R&B which dropped on the week ending on Friday (August 19), below.

Just recently Offset of Migos fame collaborated with Memphis rapper Moneybagg Yo on Trippie Redd’s “Big 14” and now the two are back again with “5 4 3 2 1.”

Many speculated on why Offset isn’t a part of Unc & Phew, the new duo consisting of the other two members of the Migos, Quavo and Takeoff. But whatever the reason, the release of “5 4 3 2 1” proves that the Atlanta rapper is unbothered and remains focused on his craft. Meanwhile, Moneybagg Yo continues his impressive feature run which recently paired him with his CMG teammates on Gangsta Art, Digga D on “G Lock” and Yo Gotti on “Yah Bih.”

The origin of Drill music always finds itself being the center of heated online debates. Though not many can deny that the genre began in Chicago before crossing the pond to the U.K. and back again to New York City, Hip Hop Heads will rage endlessly about which locale truly crafted the signature sound.

Fivio Foreign, one of Brooklyn Drill’s most prominent leaders, seems to toy with this idea with his latest single “London Freestyle.” The B.I.B.L.E. rapper also uses his most recent offering to recenter the conversation around his music, a necessary task after he found himself publicly beefing with Ma$e over an alleged absurdly low artist advance when he signed to his company.

Asylum Records artist 1TakeJay is both a social media legend and an understated music video juggernaut.

In the cinematic visual for his latest single “Social Media,” the L.A. rapper personifies both of his alter egos aside from rap with the help of lyrical duo BlueBucksClan. As he jets around the city curving females who counted him out before his bag came in, 1TakeJay flexes his acting chops as he portrays Tom from Myspace and eggs on a hypothetical VERZUZ battle with BlueBucksClan.

In a tweet by Chicago’s Andrew Barber which goes viral every six or so months, the blogger/executive revels over the fact that even though he’s just recently turned 27-years-old, Chief Keef has managed to influence three generations of rappers. It’s a striking feat made even more impressive by the fact that, even after a decade in the game, Keef is still pushing his own boundaries, as well as the boundaries of the genre.

“Chief So,” the latest single from the Chicago cult legend, features Keef confidently boasting about his high stature in rap over a triumphant beat from Young Malcolm.

Key Glock – “From Nothing”

All things considered, the fact that Key Glock has been active at all this year is a feat given the tragic passing of his cousin and longtime collaborator Young Dolph, who was murdered near the end of 2021. As Glock has proclaimed before, the best way to honor the PRE rapper is to continue to push forward.

Alongside releasing the deluxe edition to Yellow Tapes 2 in late March of 2022, Glock has unleashed a smattering of singles and features, including “Diapers,” Denzel Curry’s “Walkin'” remix and now “From Nothing” produced by Blondobeats and AIMONMYNECK.

Looking for more new singles to get you through the weekend? Consider streaming E the Profit’s “Watch,” “Werk” by Karlie Redd featuring Capella Grey and Spice, “Belladonna” by Eric Jaye and “hell yeah” by Tana.