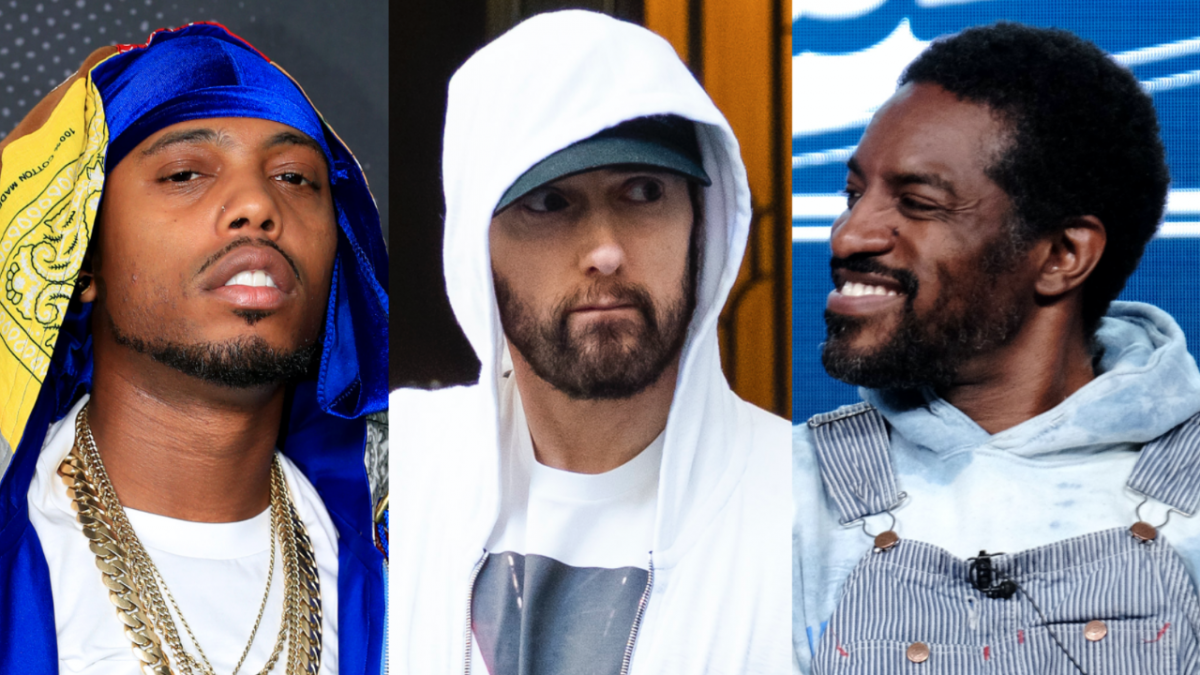 André 3000’s flow keeps even Eminem on his toes. In a recent interview with B High TV, B.o.B recalled Slim Shady’s reaction when he played him his “Play the Guitar” collaboration with the Outkast legend during a studio session.

The song features a show-stealing guest verse from 3 Stacks and was released in 2011 following the success of B.o.B’s chart-topping debut album The Adventures of Bobby Ray.

“I remember when I was in the studio with Eminem and I played Eminem ‘Play the Guitar,'” he said. “And I remember Em being like, ‘You just never know where [André 3000] gon’ land at.’ I know what he meant when he said that.

B.o.B also had high praise for The Love Below lyricist, saying: “I know what [Eminem] meant by that because … the way André approaches verses, he’s like a journalist, he’s storytelling.

“You know when you see battle rap and they make you go, ‘Oooh!’ He’s able to do that just from talking from his perspective and you be like, ‘Damn! I never thought about that’ … To this day, I still listen to Dré’s verses and be thinking like, ‘How the fuck did he? Why did he say that like that?'”

While Eminem and André 3000 have yet to work together, the love is mutual between the rap luminaries. During a rare appearance on Rick Rubin’s Broken Record podcast in 2019, 3 Stacks revealed he and Em used to nerd out together over the Bay Area Hip Hop collective Hieroglyphics.

“Me and Eminem, we sat on the phone for about an hour talking about the Hieroglyphics crew,” he said. “We were trading their lyrics on the phone like, ‘Do you remember, man?’ They sparked so much, they opened up a new door for everybody.”

André 3000 was also one of several MCs Eminem saluted on his 2002 hit “‘Till I Collapse.” “It goes Reggie, JAY-Z, 2Pac and Biggie/André from OutKast, Jada, Kurupt, Nas and then me,” he declared.

B.o.B collaborated with Eminem on “Airplanes, Pt. II,” the sequel to his hit single with Paramore’s Hayley Williams. The song was nominated for Best Pop Collaboration with Vocals at the 2011 Grammy Awards.