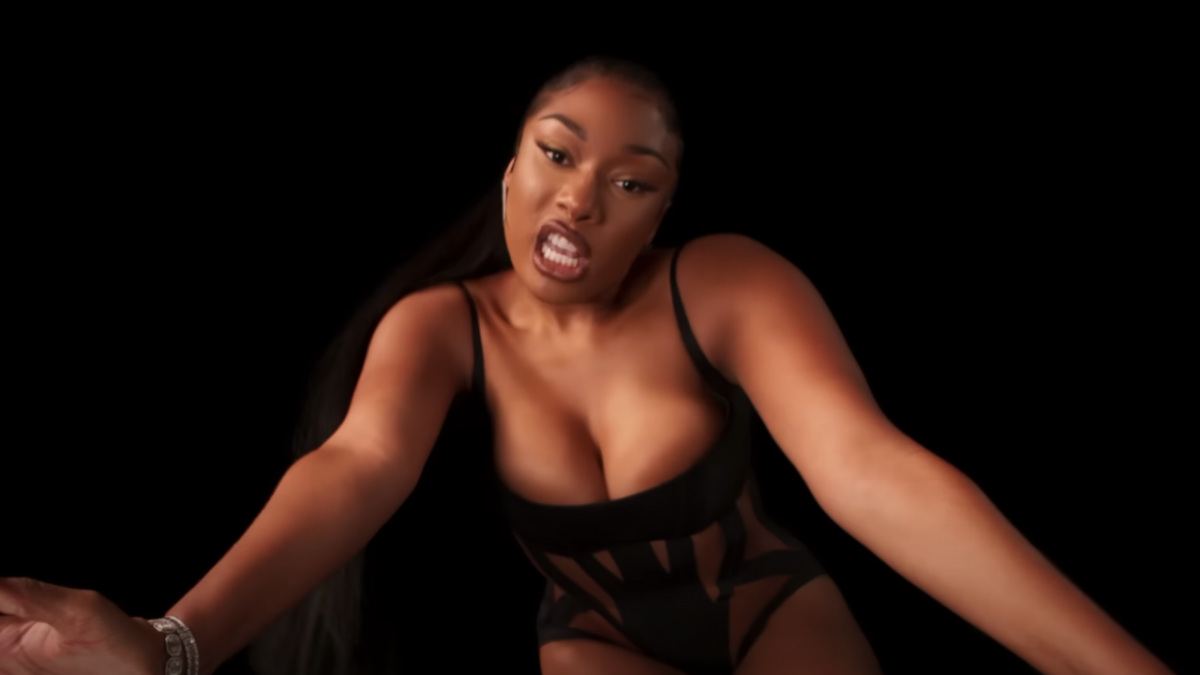 Megan Thee Stallion has finally shown up in the P-Valley universe after she was first announced as a guest star back in June.

Season 2 of the Starz drama, which follows the employees at a fictional strip club called The Pynk, returned with a new episode on Sunday (August 7) night, and Meg portrayed a famous rapper known as Tina Snow — which is also one of the Houston rapper’s alter egos.

Fans who were paying close attention back in June may have already picked up on Meg’s involvement. The June 12 episode found DJ Neva Scared turning down Lil Murda’s offer to link up for the Dirty Dozen tour because of his involvement with an artist out in Atlanta.

If fans listened closely, they could make out the artist in the background telling the DJ to “run that beat back for a real bitch.”

This is far from Megan Thee Stallion’s first acting appearance. The “Thot Shit” rapper first appeared on NBC’s Good Girls back in 2021 as the character Nana, and in February was announced as the star of A24’s first-ever musical called F*cking Identical Twins, which has been described as a “subversive spin on The Parent Trap.”

According to The Hollywood Reporter, the film explores “two business adversaries who realize they’re identical twin brothers and decide to switch places in order to reunite their divorced parents and become a family again.”

However, Meg has made it clear her music is still front and center. The platinum rap star dropped off “Plan B” in June, which debuted at No. 29 on the Billboard Hot 100 while charting at No. 7 on the Hot R&B/Hip-Hop Songs list.

Megan recently expressed frustrations with her label after a new track from the Houston rapper allegedly leaked online from inside her camp.

“I can’t catch a break my label hate me and my shit always leak,” Megan wrote on Instagram. “At this point invite the hotties to the studio and shoots.”

She then took to Twitter to continue her rant. “Why continue to choose peace when everyone else choosing violence???,” she wrote. “Lol I got money I PAY FOR ALOT OF MY OWNNNN SHITTTTT I’ll start from scratch bc I’m a mf hustler BABYYYY.”

She continued: “Why do ppl I don’t care abt even mention me lol like we don’t like EACH OTHERRRRR the feeling mutualllll stop saying my nameeeee. Lol I’m just talking shit…More shit my leak idk hotties lol idk but I really RAP so I can make MORE music any time… done with Twitter for the day.”