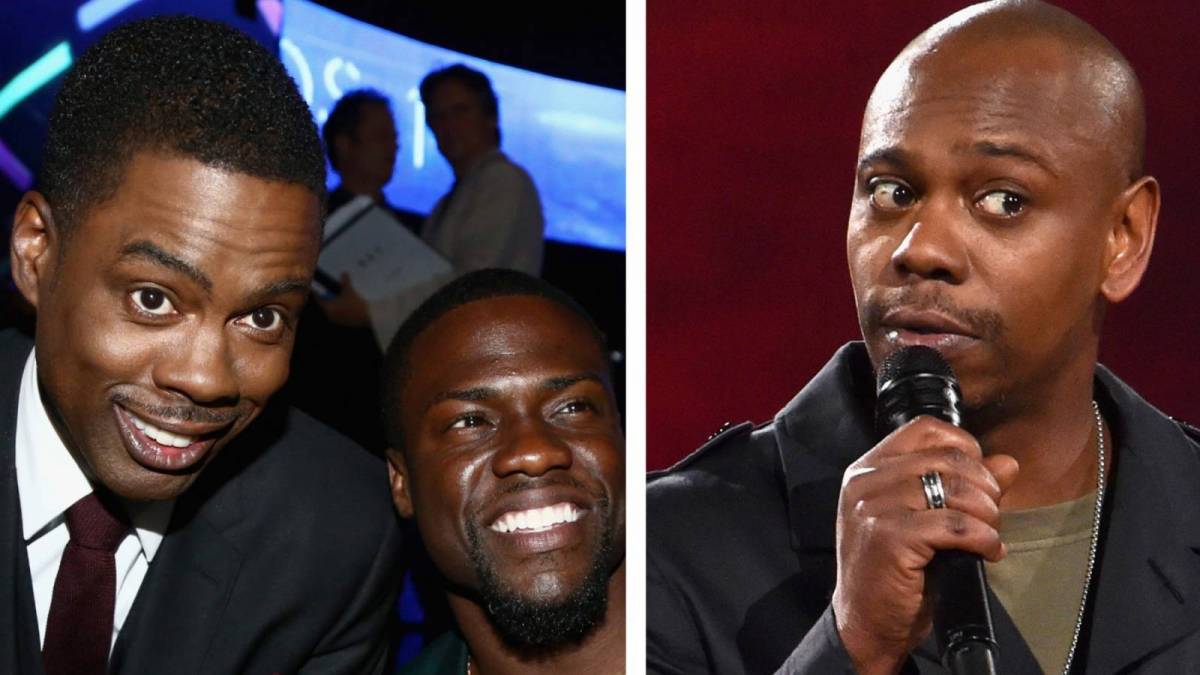 Chris Rock and Kevin Hart performed a sold-out show at New York City’s Madison Square Garden on Friday (July 22) as part of their Rock Hart Only Headliners Allowed Tour, where they were joined by special guest and fellow comedic legend Dave Chappelle. During the set, Hart surprised Rock with a real, live goat — but it wasn’t just any goat. No, no. This goat had a special name specifically picked out for Rock.

Rock protests, “I have an apartment, Kevin,” to which Hart says, “That’s not my problem.” Rock replies with a laugh, “They barely let n-ggas in there.” As the banter continues between the three comedic heavyweights, Chappelle asks, “What are you going to name this goat Chris?” Hart interrupts, “The name is Will Smith.” Of course, the crowd erupts with laughter and Hart says, “What?! What did I say?”

Kevin Hart, of course, knows exactly what he said. During the 94th Annual Academy Awards in March, Will Smith infamously smacked Chris Rock on live television for making a G.I. Jane joke about his wife Jada Pinkett. Smith quickly issued a public apology to Rock and withdrew from the Recording Academy.

“Violence in all of its forms is poisonous and destructive,” Smith wrote via Instagram. “My behavior at last night’s Academy Awards was unacceptable and inexcusable. Jokes at my expense are a part of the job, but a joke about Jada’s medical condition was too much for me to bear and I reacted emotionally.

Rock has remained relatively silent on the topic but vowed to tell his story if the money is right. As for Chappelle, he had his own backlash to contend with following his recent Emmy Award nominations for his Netflix special The Closer. Several members of the LGBTQ+ community were incensed he’d be awarded for what they deem to be a horribly transphobic body of work.

“Dave Chappelle getting Emmy noms for his transphobic special is just disgusting. Do better, TV Academy,” one person wrote, while another said, “Disgusting. Another misfire from an awards ceremony. Even nominating that special is such a messed up thing to do.”

The brief Rock Hart Headlines Only Allowed Tour wraps up on Monday (July 25) at the Barclays Center in Brooklyn.