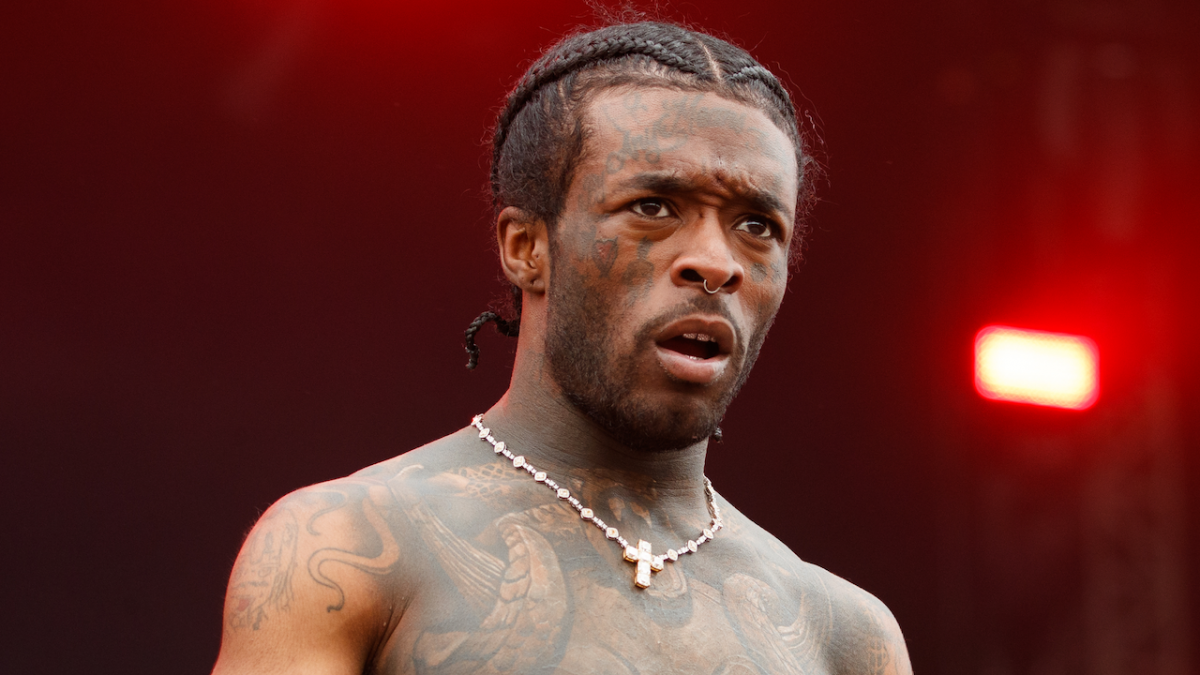 London, England – Lil Uzi Vert performed at London’s Wireless Festival in Crystal Palace on Friday (July 1) and was spotted throwing a phone off the stage and into crowd. TikTok user @ccornonmycob claims the phone struck her in the head and left her with a bloody injury, sharing a video of Uzi throwing the object along with photos of the damage caused to her head.

She also shared another video explaining the situation in depth, while mentioning another fan also being injured.

“So as some of you guys may know, there is a video of Lil Uzi Vert throwing a phone into the Wireless crowd 2022 on Friday,” she said in the clip. “I am sadly that chick that got their head smashed in by the phone. There was someone else but I don’t really want to mention him in case it is not permitted, but yes, there was some damaged caused. But the guy got his phone back and everything is being dealt with.”

She continued, “For those who are asking why I didn’t move out the way, if you have been to Wireless Festival before, you will know how packed the crowd is. There is no space to move, and even if there was, I think the reaction time with the phone landing wouldn’t have been enough to actually move out the way in time. And even if I did, it would have hit someone either way. It wouldn’t have hit the floor first – it was head to head.”

In a statement to XXL, a source close to the situation said, “During Uzi’s set at Wireless Fest, fans threw multiple cellphones onto the stage and inadvertently struck him. He merely attempted to clear the phones from the stage, avoid slipping and safely continue his performance — he never intentionally directed it at a specific individual.”