The Detroit native dropped the bombshell during a recent appearance on comedian Tom Segura’s 2 Bears 1 Cave podcast, alleging the 47-year-old rapper (real name Watkin Tudor Jones) sat on his lap and forcibly kissed him on the neck. The incident left Brown “shellshocked” and “freaked out.”

“The n-gga was sitting on my lap trying to make out with me, and it freaked me out,” he said. “[I was] in Paris, in a nightclub. I played this show and then my DJ had an afterparty. [Ninja] tried to put it on you with Yolandi [Visser, fellow Die Antwoord member, with whom he shares a child] like, ‘You know what I’m saying? My bitch ready to…’

“I was a single, experimenting man at the time, but he was too aggressive! He sat on my lap and started trying to kiss me and shit and doing weird shit. I’m like, ‘Man, you tripping!’ Then everybody looking at me like, ‘Somebody fuck!'”

Danny Brown claimed Ninja then promised to find which hotel he was staying at. Ninja’s creepy behavior left him so “stressed out,” the Bruiser Brigade rapper began drinking heavily in anticipation of fighting — or worse, stabbing — him.

“That would’ve been a fight, but I’m in Paris. Who want to be in a Parisian jail?” he continued. “N-gga, do you know what jail is like for me in Paris? It’s gonna be crazy. So I’m shellshocked, like, ‘This n-gga’s really doing this?!’ … [But] I didn’t want to push the n-gga to, like, throw the n-gga up off me.

“And guess what he said again? He was like, ‘What hotel you staying at?’ I’m like, ‘Man, I don’t’ — ‘Don’t worry, I’ll find you.’ That’s what started making me pound drinks because I’m like, ‘I might have to stab this n-gga tonight.’ Because if this n-gga knock on my hotel room door, bro, it’s gonna be a big deal.” 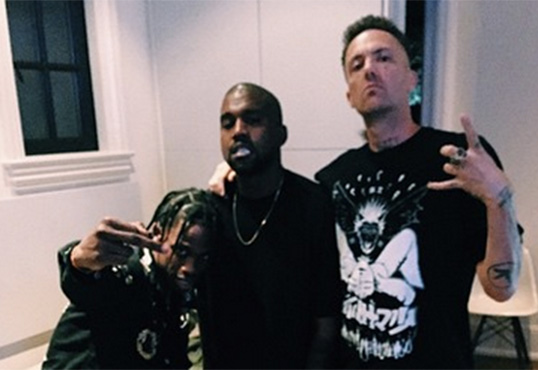 Brown revealed he met Ninja after the South African MC attended his concert in the French capital, and noticed a “red flag” even before they linked in person.

When Segura pulled up a photo of Ninja, Brown confirmed it was him who sexually assaulted him.

“Yeah, Ninja. Ninja tried to fuck me,” he said. “I was scared. They’ve been getting canceled a lot lately, been doing a lot of weird shit. But he always throw Yolandi on you. I think that’s how he’s been fucking n-ggas. Fuck them, though! Fuck them. I could’ve canceled cuz. Me too. I was sexually assaulted by Ninja. He know I ain’t lying!”

Ninja has yet to respond to the allegations. It’s unclear when the alleged incident took place exactly.

Die Antwoord have also faced backlash for various racist and homophobic incidents. Their music videos for “Fatty Boom Boom” and “Ugly Boy” depict characters in blackface, while Yolandi was heard using a homophobic slur during an attack on DJ Andy Butler in 2012.