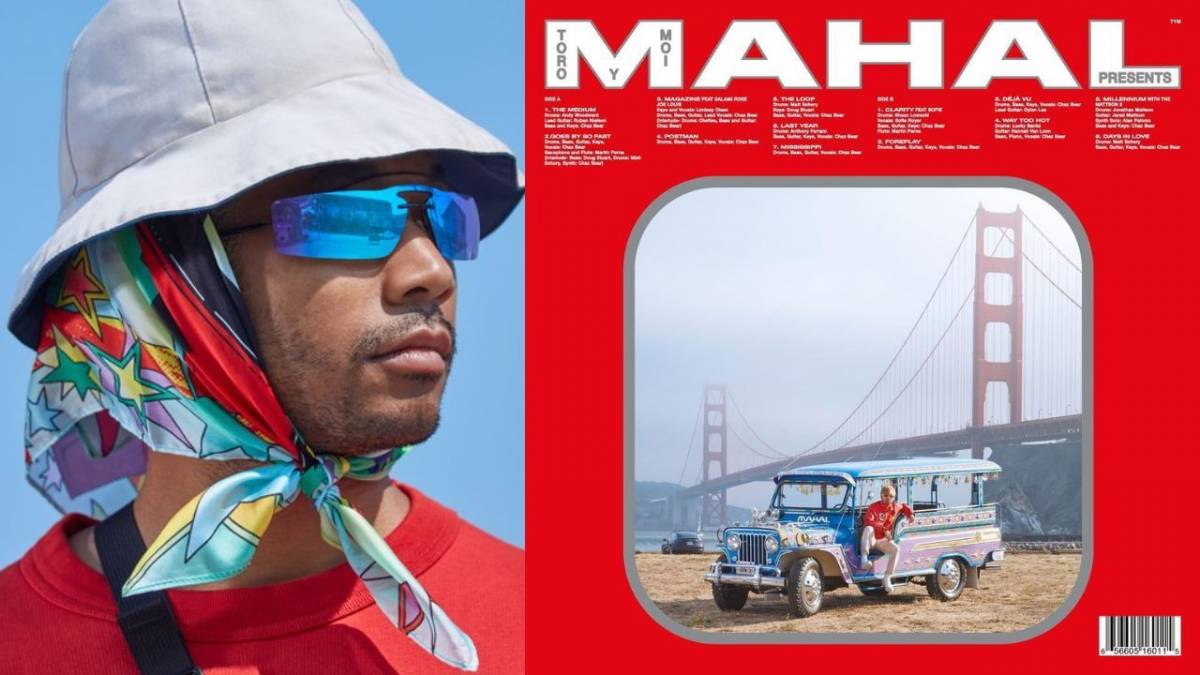 On Toro y Moi’s seventh album Mahal, the Filipino-American artist pays homage to his heritage, as he takes listeners on a journey of learning and loving, as well as an exploration of digital culture. Toro y Moi’s Chaz Bear (who also makes music under the moniker Les Sins) settles for a more explorative concept that treats the listener to a pause filled with nostalgia amidst the daily hustle—a theme that particularly rings true for Filipino-Americans and generally, the diaspora. (Editor’s note: a perfect companion piece to Mahal is LiteAce Frequency by fellow Fil-Am producer, Vex Ruffin). The title, which translates to both “love” and “expensive,” is his own interpretation of being valued.

Mahal gears up with album opener “The Medium” featuring New Zealand psychedelic act Unknown Mortal Orchestra. The instrumental cut intersperses radio and car engine samples, which is a recurring theme throughout the album. “Goes By So Fast” follows with a more pronounced jazz treatment. An accompanying short film stars both Toro Y Moi and comedian Eric André as the two drive around on a Pinoy jeepney (a public vehicle in the Philippines that was repurposed from American jeeps post-World War II) as they set out on a mission to find a lost dog named Jeremy. The film heavily showcases Filipino iconography and is knit together with performances, animations, and short documentary clips about the origins of the vehicle.

The vehicle is undeniably at the center of Mahal. In an interview, Toro Y Moi mentioned that while he “never really aspired towards” a cultural theme for the album, he “always sort of tried to strive for this amalgamation, this mix of cultures.”

He added that it was a “very cosmic alignment” that brought him to the jeepney’s role for this project. The actual jeep was said to be built in the Philippines and was shipped to the United States in the ‘60s. “It was timing… It’s a bit of a documentary in my eyes, it’s not really a fantasy. When you hear the Jeep breakdown on the record, that’s happening to us in real life. And actually, the title of the album Mahal was inspired by the fact that we found this Filipino vehicle, so if we didn’t have an authentic Jeepney, I don’t know if I would have named it Mahal.”

The next three songs were released as pre-album drop singles, recounting his personal relationships, and also with the media. “Magazine” features fellow Bay Area producer and climate scientist Salami Rose Joe Louis tapped into the groovy ‘70s, reflecting on media-wrought depression (I don’t know how to get up outta bed / The thoughts of what you said are in my head / I wanna be away from everyone / I shattered all the daylight in the sun).

The longing to break free from the media’s chokehold is enhanced in “Postman,” which, for Filipinos, instantly transports them to the Manila Sound era, a lighthearted popular mid-1970s music era in the Philippines characterized by funk, Latin jazz, disco, soul, folk and pop-rock, among others. The visual shows distinctly Pinoy elements, such as balikbayan boxes (a care package that overseas Filipinos lovingly send to their loved ones back home), Filipino postage stamps, and an animated Filipino street with stores and tricycles. The song generally craves for connection through traditional communication such as the mail.

This sentiment is fulfilled in “The Loop,” whose music video showed Bear hanging out with his friends, skateboarding, and riding their tricycles through the San Francisco streets. The song’s fun visuals are supplemented by retro-funk passages and electric guitar solos that allow for subtle breathers in-between. The next track, “Last Year,” seems to end the flow of this emotional journey. He sings, “I learned to love myself last year,” as the song dives into Bear’s reflections during the pandemic and his hopes for what comes next.

Toro Y Moi refers to Mahal as a metaphorical journey into his own character and to a large extent, his stylistic shifts as well, particularly in the latter half of the record. As a hip hop and electronic producer (house music, especially), his seventh studio release sees him rounding out his repertoire with more guitar-based arrangements heavily inspired by a significant decade, especially in the Philippines (Editor’s note: Manila Sound was popularized during the country’s Martial Law).

The album’s last two tracks attempt to relay optimism towards the future and celebratory of the past. Album closer—and one of Bear’s favorite from Mahal—is the anthemic “Days in Love,” which warns of the dangers of terrifying abundancy, having too much of anything.

Mahal emotional core asks listeners to take pause and reflect on their past and look on to a hope-filled future. With this push for a ponder and pause, the album invites a deeper reflection on the journey rather than a sole focus on the destination.

MC Galang contributed to this review.