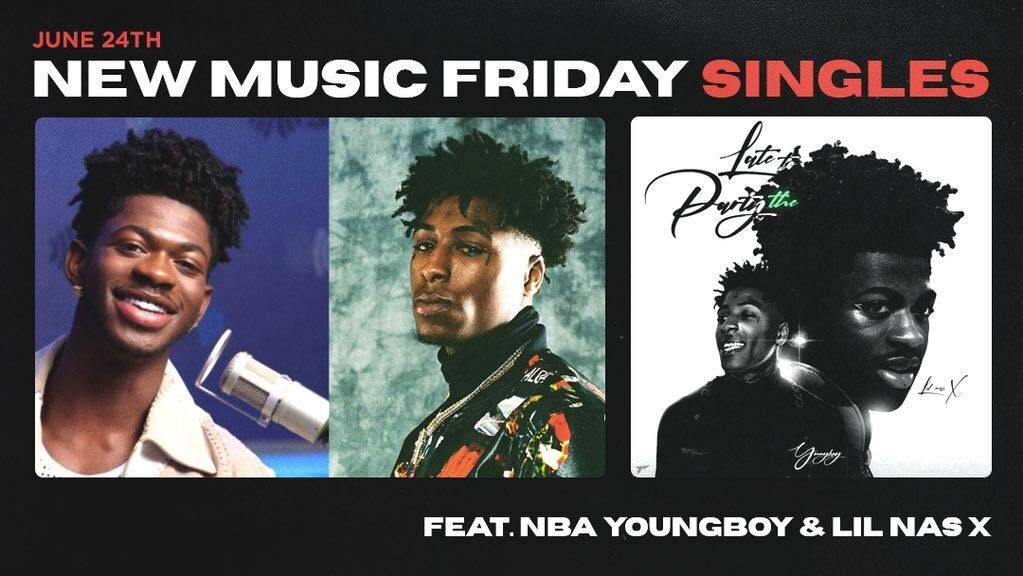 Listen: the new Drake record Honestly, Nevermind has been out for a week now. Whether you hate it or love it, it’s time to step away and focus on the lengthly list of brand new tracks released this week. 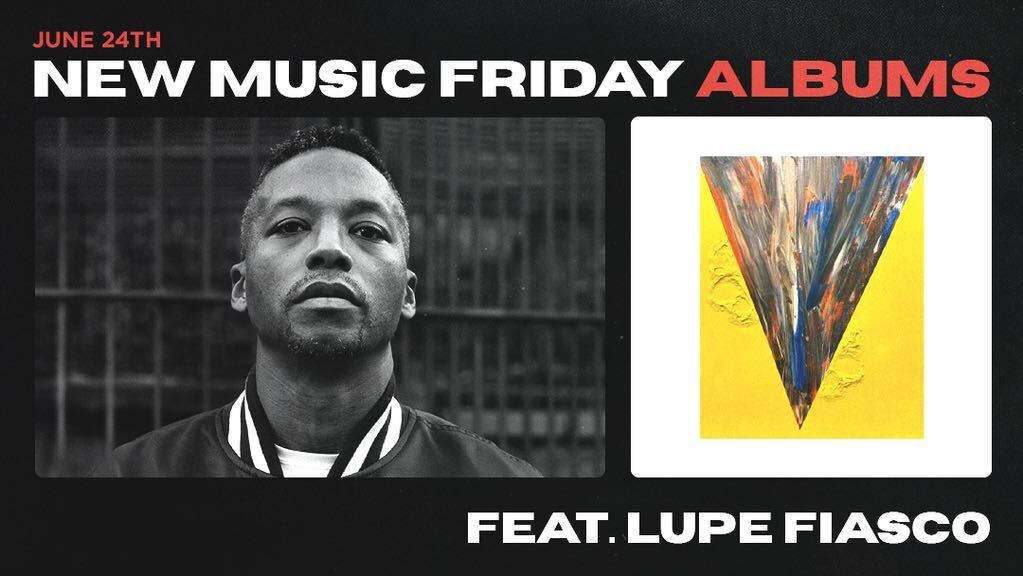 Fans of Kid Cudi will be thrilled to hear he has new tunes out with Dot Da Genius, Denzel Curry and JID. While Los Angeles Hip Hop Heads will rejoice with new music from TDE’s Zacari and Isaiah Rashad.

Also included today is Coi Leray with “Involved,” the hard Drill sounds of 22Gz and Kodak Black’s “Up N Stuck” and “Cracker Island,” a collaboration between the Gorillaz and Thundercat.

It’s honestly surprising that pop sensation Lil Nas X has never worked with YoungBoy Never Broke Again. Both hugely successful artists with Billboard charts and platinum plaques to prove it, the two artists’ styles may at first seem at odds, but “Late To Da Party” is evidence of their chemistry.

Nas X, one of the music industry’s most notorious internet trolls, has been teasing the collaboration for weeks now, so it’s exciting to see it come to fruition.

Brent Faiyaz is one of the industry’s more reclusive artists. The R&B singer has the tendency to only appear when new music is here, then slink back to the depths of Atlanta. The “Mercedes” artist hasn’t released a full-length album since 2020’s Fuck The World but that’s about to change with his forthcoming album Wasteland.

Though the album’s release date has not yet been made firm, Faiyaz is hinting at its close arrival with his latest single “PRICE OF FAME.” A skilled stylist who’s melodies are often complex and nuanced, Faiyaz’s most recent offering is a hint at what Wasteland may be: stunning vocal performances over unexpected but fitting production.

Producer Dot Da Genius has touched some of your favorite songs. He’s been working with Cudi since the rapper’s first breakout song “Day ‘N’ Night” and has stuck with him through his latest album Man On The Moon III: The Chosen. In addition to producing for Cudi, Dot has also worked with artists ranging from Nas and 6LACK to Styles P and Jhené Aiko.

Though he released the single “Fettuccine” in 2018 with Tunji Ige, Fat Tony and Price, his newest single “Talk About Me” feels more like a proper solo debut. Featuring Cudi, Denzel Curry and JID, “Talk About Me” is an explosive offering from an artist transitioning into a new creative lane.

Coi Leray has become such a ubiquitous name in Hip Hop that it’s easy to forget she’s only been releasing music for less than five years. Over her short career, the New Jersey-born MC has piled up accomplishments. She’s worked with rap titans such as Nicki Minaj, Lil Durk and Gunna, and her 2022 record Trendsetter broke the top half of the Billboard 200 chart.

The pedal is still on the floor heading into this summer as Leray has just released the bubblegum sounds of her latest single “Involved.” Leray has often found herself as one of rap’s more polarizing figures, but she’s silenced the doubters by keeping her head down and the music flowing.

22Gz has long been claiming he didn’t get the credit he deserved for helping to coronate Drill as New York’s preeminent sub-genre of Hip Hop. He’s talked some shit, but mostly he’s let the music speak for itself, like “Up N Stuck,” his latest single featuring Kodak Black.

Kodak has had quite an interesting year himself, first with the underappreciated Back For Everything and then when he was chosen as a spokesperson for Kendrick Lamar’s opus album Mr. Morale & The Big Steppers. His verse on “Up N Stuck” proves that despite the renewed attention, he gives each and every verse his all.

The Gorillaz have been dropping electronic-fueled anthems since their formation in 1998. The digital band has also been known to embrace the sounds of Hip Hop and R&B, including Snoop Dogg, Mos Def, De La Soul and more on their 2010 album Plastic Beach, not to mention Vince Staples and Danny Brown on Humanz from 2017.

Teaming up with the 12-string bass-destroyer Thundercat, the group just dropped “Cracker Island,” a funk-driven track which is perfect for festivals and late nights in the club.

California artist Zacari may not be the most recognized name on Top Dawg Entertainment’s roster, but since the departure of Kendrick Lamar, he’s likely to gain some new shine. Teaming up with Isaiah Rashad, who’s still reeling from the highs of his exceptional The House Is Burning album from 2021, Zacari’s “Bliss,” his first verse since last year’s SOL EP.

If you’re as hungry for new music as we are, be sure to check out this week’s Honorable Mentions: Paris Williams’ “Hopscotch” and “Handsome” by Warren Hue.