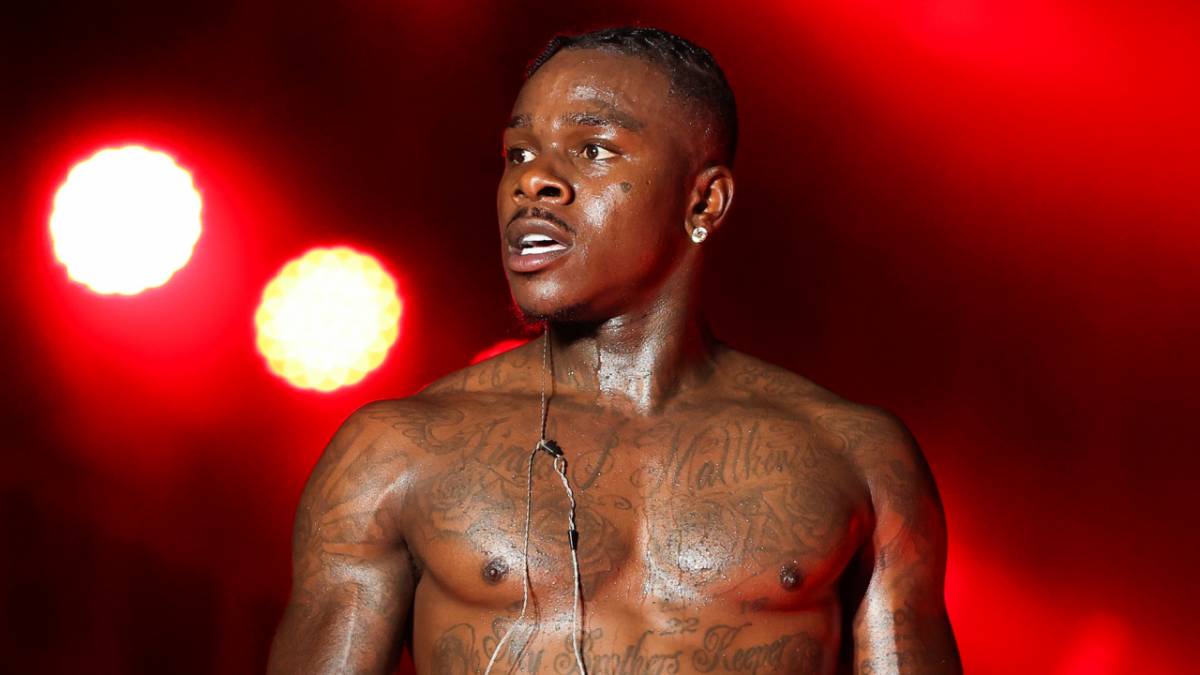 DaBaby is a pretty fit guy when it comes to working out, as he regularly shows off his muscular physique when he performs shirtless at shows. On Monday (June 6), the Charlotte, North Carolina native hopped on his Instagram Story to show his fans the grueling workout his trainer has him on.

In the clip, fans can see an assortment of workouts curated by DaBaby’s trainer. Some of them include shrugs, chest presses, bent over rows, leg presses and more. According to the trainer, each workout has to be done with 100 reps.

“This n-gga trippin,” DaBaby wrote in his Instagram Story before showing another video of himself flipping off his trainer.

The physical fitness expert had the last laugh, though, as he took to his own Story with a video of the rapper laid out in exhaustion following the workout.

“Ain nothing but some work to start ya week off right,” he wrote alongside the Story. “All work no play, you had that coming.”

DaBaby may want to put his workout routine up against Lil Uzi Vert, who showed off his intense training last year in a video with Men’s Health. Baby Pluto had cameras join him at Gotham Gym in New York City to show fans how he put on 10 pounds of muscle in four to five months.

“Working out definitely helps me with my performance and I think that people that’s probably, you know, stressed a lot and going through stuff, they should work out,” he said while warming up on the pads. “I’m one of those people that be in my head and it makes me go crazy … See how heavy I’m breathing, I’m getting all of my anxiety out and stuff.”