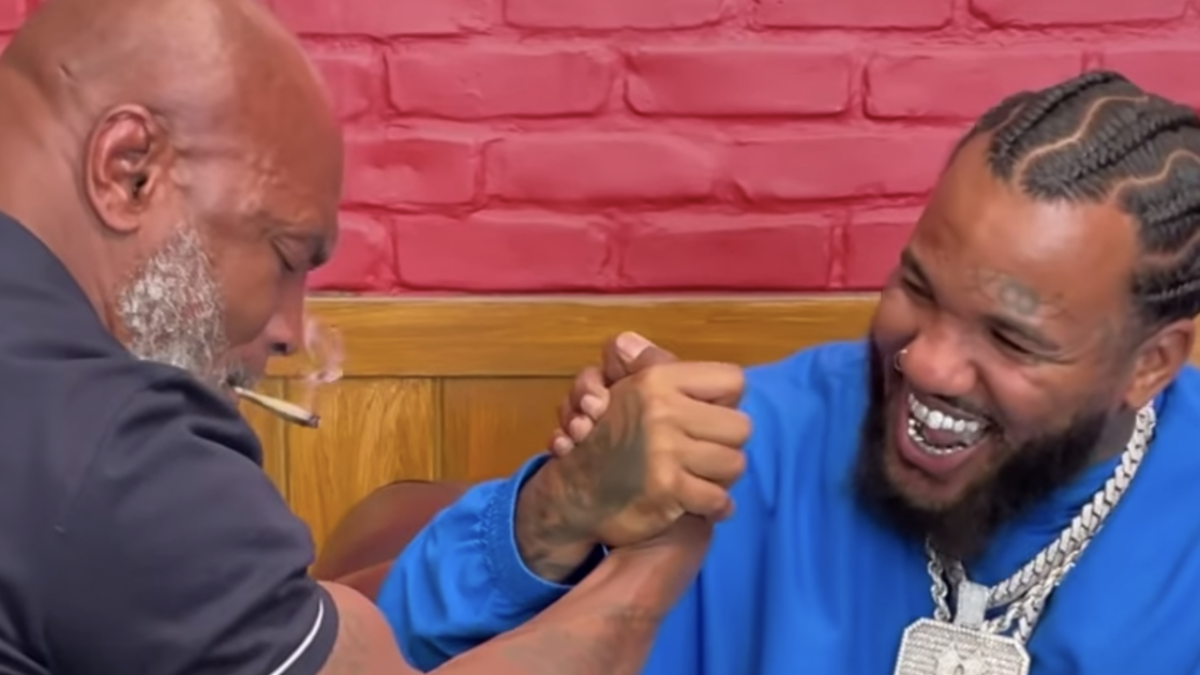 The Game appears to be the latest illustrious guest on Mike Tyson’s Hotboxin podcast. The boxing legend’s podcast’s Instagram shared some footage of Game and Tyson having an arm-wrestling match after recording together in the studio on Tuesday (May 24).

The match was totally unconventional with Game sitting on a couch and Tyson on the other side with a lit joint in his mouth. The Game nearly finished Tyson within the first few seconds but Iron Mike fought back and the two called it quits after about 10 seconds in the trenches.

A post shared by Hotboxin’ with Mike Tyson (@hotboxinpodcast)

After the camera was cut off, the Compton rhymer claimed that Tyson admitted defeat and told him that he had him beat.

“I beat @MikeTyson arm wrestling & before you get started in the comments… he told me this eye to eye after it was over,” Game wrote on Instagram while teasing a rematch.

“I went light on him in the end cause I love him and I found it in my heart to let him come back lol. Not to mention, he leaning in with his whole body, n pulling on the couch arm… strong ass n-gga ha ha ha. I don’t think he was ready for my strength.”

In addition to smoking weed, Game admitted that the former heavyweight champ had him experimenting with some mushrooms. Tyson has been known to use psychedelics as well.

The Game got emotional and thought of his late father when Tyson autographed a pair of his boxing gloves and gifted them to the “How We Do” rapper following the episode.

Look for the podcast to arrive in the near future along with Game’s anticipated Drillmatic album, which is slated to drop in June.