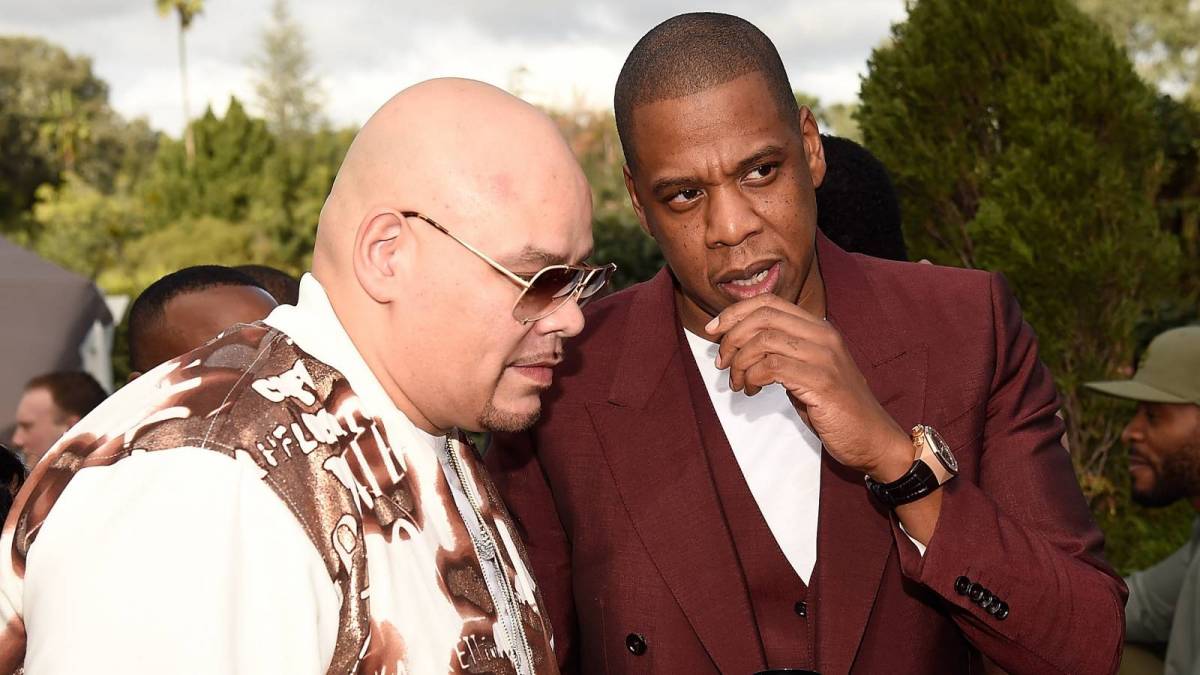 Fat Joe discussed a myriad of topics in a recent sit-down with Math Hoffa, including his old beef with JAY-Z and Roc-A-Fella Records. Their discourse reportedly began on the basketball court at Harlem’s Rucker Park in 2004 when Hip Hop artists and basketball stars used to get together for tournaments.

Both JAY-Z and Fat Joe’s teams made it to the championships that year, but Hov never showed, and the game was forfeited to Fat Joe’s team. After the win, he took a shot at the Roc-A-Fella co-founder on the single “Lean Back” with, “I don’t wanna speak about the Rucker/Not even Pee Wee Kirkland could imagine this/My n-gga didn’t have to play to win the championship.” From there, it was officially on.

Eighteen years later, Fat Joe is able to take responsibility for the role he played in the situation. As he told Math Hoffa and crew, “One of the greatest friendships, admiration and love, I played myself. With everything that happened with us and Roc-A-Fella and all that was Fat Joe’s doing, and I played myself, and I was wrong.

“I wasted 10, 15 years we could have got money with each other. I ain’t going lie, ever since I started fucking with JAY-Z, I’ve been getting paid.”

JAY-Z and Fat Joe let bygones be bygones years ago and even collaborated on the 2016 remix of “All The Way Up.” In January, the Terror Squad founder told Elliott Wilson JAY-Z had the “hardest” lyric in Hip Hop history.

“[It’s] on JAY-Z’s first album when he said, ‘Something something and we will be each other’s crutches,” he said, referencing 1996’s “Feelin’ It.”

Elsewhere in the interview, Fat Joe condemned 6ix9ine for continuing to ignite social media beefs since his 2020 release from prison.

“This show gonna get me in trouble,” he said. “I’m gonna just be honest with you — this n-gga’s a sucka. He’s a pussy, a sucka, a bitch. I’m dead sober. This dude here. This type of shit this n-gga doing, I’m convinced he wants to die — and I don’t wish it on him or nothing like that — but I’m convinced he’s miserable in his body. He can’t look in the mirror.”

He added, referencing a 2018 interview he did with 6ix9ine, “Now the man snitched. Cool. Do you, whatever. I don’t like the taunting. I don’t know if he really did it. I didn’t know what was going on. The crazy shit is when I talked to him in that interview, I talked to him off the air and he lied to me and told m e, ‘Yo this is just an image. I’m frontin.’”

Of course, it didn’t take long for 6ix9ine to return fire with, “Fat Joe is jealous of 6ix9ine. 6ix9ine has done more in his young career than Fat Joe has ever done in his long career. Fat Joe said I was miserable and wants to die?

“Fat Joe is miserable and wants to die because Fat Joe doesn’t have half of what 6ix9ine has in money and cars. Fat Joe said I’m not a gangster? It was all for promotion? That’s fake news. What’s his proof that I ever said that? There is no proof. He’s lying.”