Toronto, CA – Drake has come a long way since he hit an airball during the Kentucky Wildcats Big Blue Madness open practice event in 2014. Over the last year or so, the Toronto megastar has been putting in a lot of work to improve his game, and he’s gotten better to a point where he’s just trying new things now.

On Monday (May 23), Drake played a few games inside his Toronto mansion where he showed off a smooth jumper and better than average dribble with his friends hyping him up. At one point, Drizzy took to the balcony inside the gym and decided to pull off a few trick alley-oop passes to one of his boys.

In the clip shared on social media, the 6 God turned his back to the court and cued his friend to begin running as he tossed the basketball behind him. Drake’s boy grabbed the ball in mid-air and went for a two-handed slam. The second clip shows the Certified Lover Boy facing the basket now and tossing the ball, which his buddy grabbed and slammed again.

Drake’s game is way better than it was before the pandemic affected lives across the globe. Various clips of him practicing and playing games in his Sanctuary Basketball League show the “Way 2 Sexy” rapper balling out and winning rings with his team NTIG. 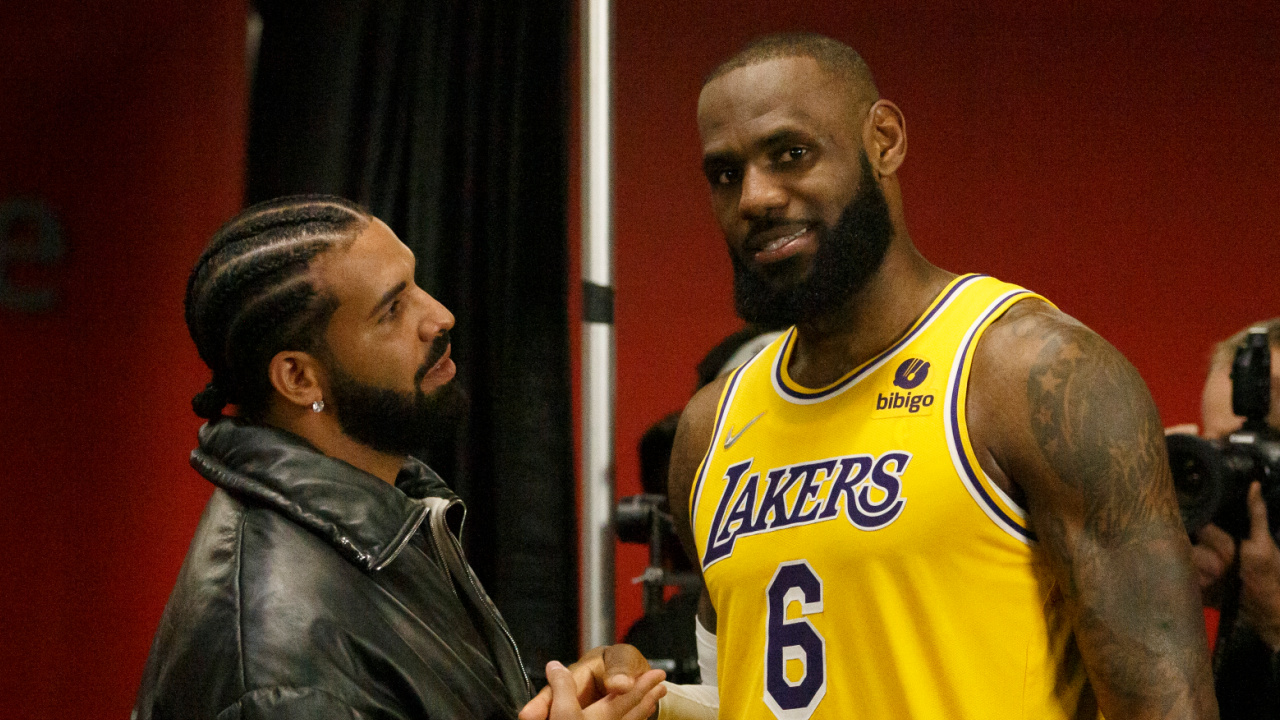 The game of basketball doesn’t only live in Drake but also his son Adonis. Last week, Drizzy posted some clips of his son working on some drills with a coach and imitating LeBron James’ signature mannerisms, such as slapping his chest and tugging on his jersey.