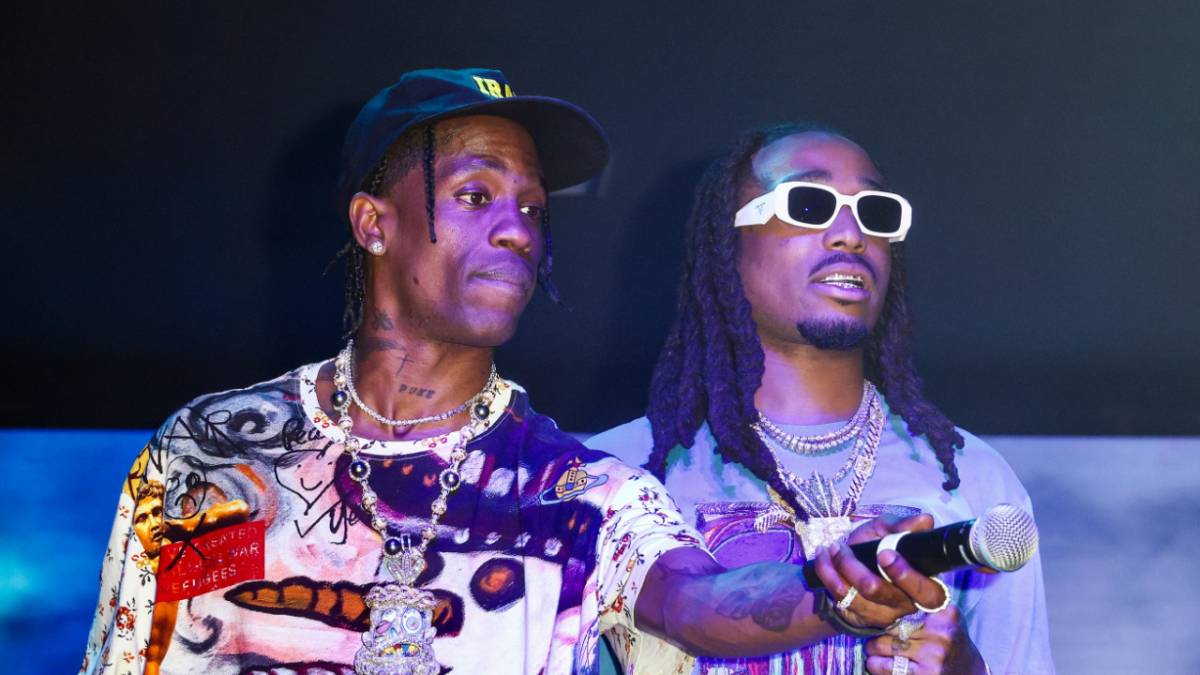 Travis Scott made his return to the stage on Saturday night (May 7) with a 45-minute set at Miami’s club E11EVEN in celebration of race week. It marked La Flame’s first official performance since the Astroworld Festival tragedy that killed 10 people last November, outside of recent low-key gigs at a Coachella afterparty and pre-Oscars bash in California.

According to Page Six, Scott amped up the crowd around 3:30 a.m. ET while making it rain dollar bills on the audience. He then joked about everyone owing him a shot of Don Julio 1942 from the tequila bottle he was holding.

“Everybody owes me a shot,” he said “We need every stripper to report to the fucking stage right now. We need every bottle reported to this muthafuckin’ floor.”

La Flame ripped through hits from his discography such as “SICKO MODE,” “Antidote,” “Highest in the Room,” “Pick Up the Phone” and “Goosebumps.” He also invited Quavo to the stage as a special guest, where they performed “Dubai Shit” from their Huncho Jack, Jack Huncho collab album.

“The crowd was singing every word to his songs,” a source relayed as Scott essentially picked up where he left off.

Travis Scott and Quavo performed ‘pick up the phone’ at @11Miami ? pic.twitter.com/M9fH4JXipu

It was a successful return to the stage for Travis Scott, who is looking to kickstart his career following the scrutiny he’s faced over the aforementioned Astroworld tragedy.

The performance came on the heels of Trav’s musical comeback; in April, he hopped on Southside’s “Hold That Heat” with Future to help stoke the flames for his long-awaited upcoming album UTOPIA.

Scott even made it home in time on Sunday (May 8) to make Mother’s Day special for the mother of his two kids, Kylie Jenner, who had their mansion filled with bouquets of white flowers.