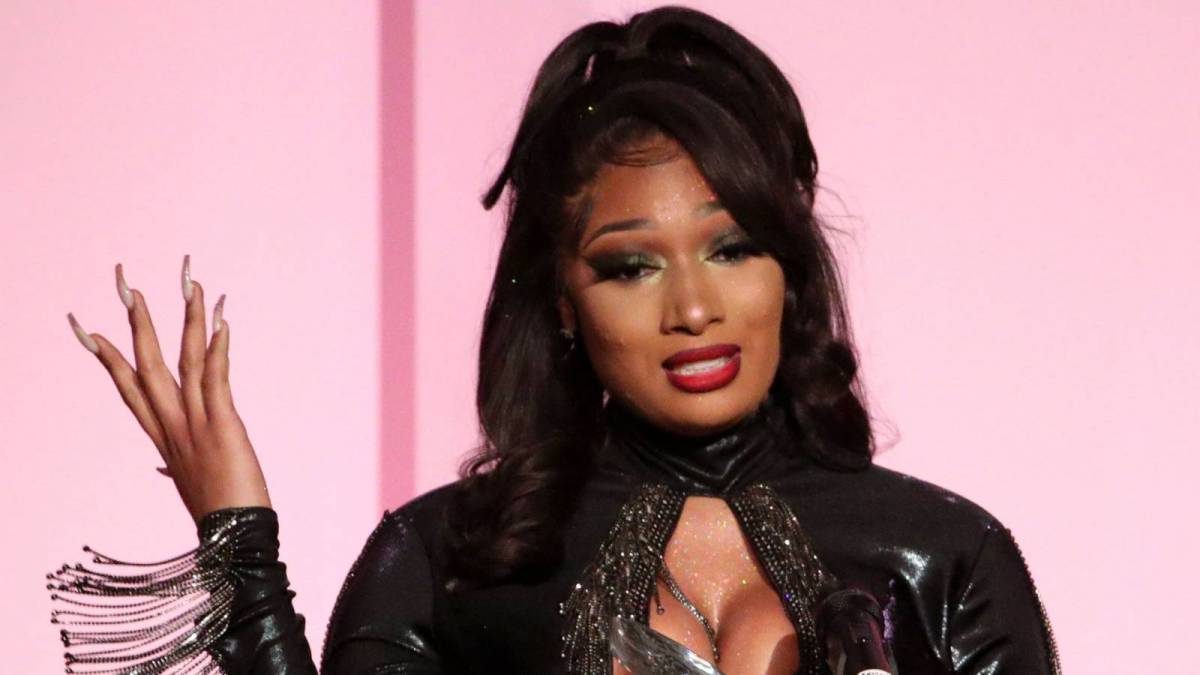 Megan Thee Stallion pulled a tweet-and-delete on Monday (April 25), hours after her interview with CBS Mornings aired on television. During the conversation with Gayle King, Megan opened up about the Tory Lanez shooting incident that took place in July 2020. But some people on Twitter had a problem with her being able to discuss the case publicly, while Lanez is prohibited for speaking on it.

When someone tweeted, “Crazy how Meg gets to speak on whomever platform or song about the situation but tory or he goes to jail being its still an open investigation,” Megan posed a logical question in response: “So A man can shoot me, chop up horse legs in music videos to taunt me, pay blogs to spread false information from what’s happening in court, record studio albums and make diss tracks … but when I talk to gayle king that’s the last straw? FUCK YALL.”

Megan Thee Stallion didn’t let the tweet ride for long and soon deleted it. Megan identified Lanez as the shooter just days after a night out with Kylie Jenner and her former best friend Kelsey Nicole. As she spoke to King, she revisited that evening and went into acute detail about what exactly happened inside the SUV. She said it all started with a fight over Megan wanting to leave the party. Things escalated once inside the vehicle and ended up with Lanez getting arrested.

“I was really scared ‘cause I had never been shot at before,” she said. “And I looked down at my feet, ‘cause I wasn’t even – the adrenaline is pumping so hard, I’m not sure if he hit me. Like, I feel it, but I don’t understand what’s happening. So, I looked down at my feet. I’m like, ‘Oh, my God.’ Like, I’m really bleeding. So, I drop down, and I crawl in somebody’s driveway. Like, I can’t believe he shot me.

“He’s apologizing, like, ‘I’m so sorry. Please don’t tell nobody. I’ll give y’all a million dollars if y’all don’t say nothing.’ And I’m like, ‘What are you talking about?’ Like, ‘Why are you offering me money right now?’ Help me. Like, and if you’re sorry, just help me.”

Megan explained her one regret was lying to police — rather than telling them Tory Lanez shot her, she said she’d stepped on glass out of fear for their lives. The George Floyd police killing was still fresh, and she was worried the police would use excessive force. Watch the clip below.

.@theestallion shares her story of the 2020 incident when she was shot in her feet, allegedly by Tory Lanez.

She says she initially told police she stepped on glass, because she feared for her life: “I was just trying to protect all of us because I didn't want them to kill us.” pic.twitter.com/qd4MJ1yN2w