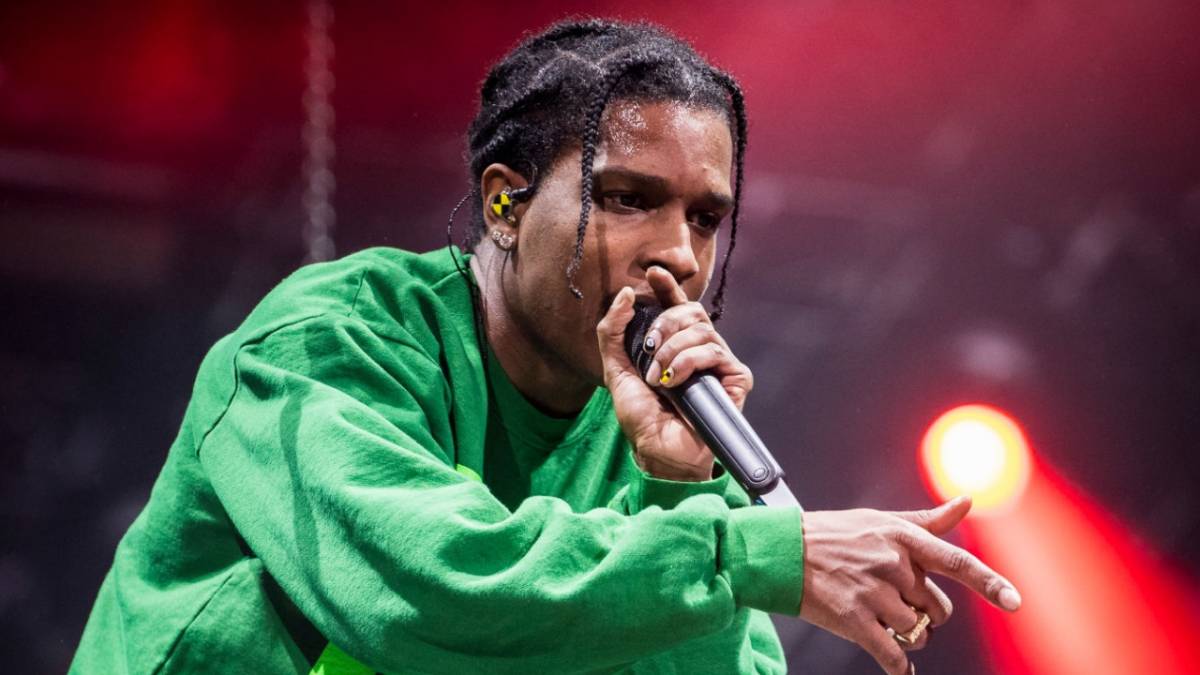 Los Angeles, CA – Just as A$AP Rocky and his pregnant girlfriend Rihanna were returning from a fairytale getaway in her home country of Barbados, the A$AP Mob rapper was detained and ultimately arrested at Los Angeles International Airport.

The arrest stemmed from a November 2021 shooting allegedly involving Rocky. In images posted by TMZ, police surround a masked up Rocky as he walks out of the building and climbs into an awaiting SUV.

A$AP Rocky has been under investigation by the Los Angeles Police Department over a shooting that took place in the Hollywood area last November. The alleged victim told police Rocky approached him with a handgun on the street while walking with two other individuals.

He alleged Rocky shot him three to four times, with one of the bullets grazing his left hand. The day after the shooting, Rocky performed at ComplexCon 2021 in Long Beach, California, where Rihanna watched from the front row.

Rihanna and A$AP Rocky have endured a rough several days. Last week, fashion blogger Louis Pisano claimed the couple broke up after he supposedly cheated on Rihanna with shoe designer Amina Muaddi, which turned out to be nothing but a vicious rumor.

Pisano alleged, “Rihanna & A$AP Rocky have split. Rihanna broke up with him after she caught him cheating with shoe designer Amina Muaddi. A$AP & Amina is not new though as she was seeing him years ago and also collaborated with him on a collection of shoes.”

According to the Los Angeles County Sheriff’s website, A$AP Rocky is expected back in court on August 17.