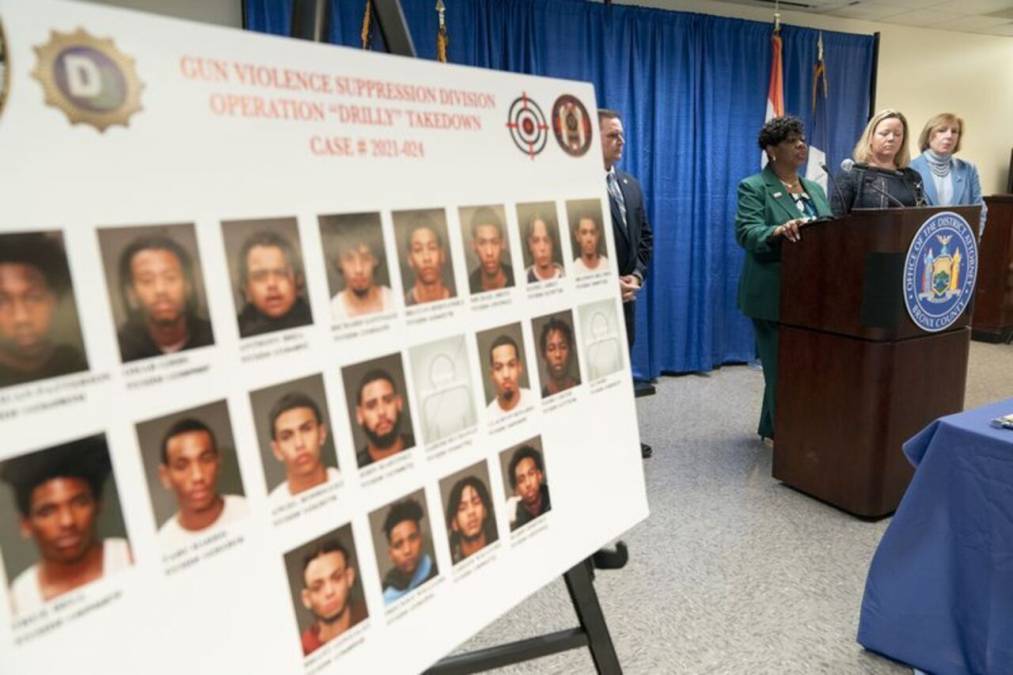 Bronx, NY – New York Police officials have once again made a string of arrests in connection to tips they received from drill music videos.

According to the NY Daily News, the investigation — aptly titled “Operation Drilly” — outlines a series of murders, including the 2021 shooting death of 20-year-old Bronx woman Delila Vasquez and July 2020 fatal shooting of 24-year-old James Rivera, who was killed when six assailants chased and gunned him down.

In addition to the arrests as part of Operation Drilly, authorities recovered 18 firearms and filed charges that include murder, attempted murder, manslaughter, assault and grand larceny.

Authorities claim several of the individuals named in the indictment are a part of the G-Side/Drilly gang, who are affiliated with the Bloods Sex Money Murder gan  and bragged about the crimes they allegedly committed in rap songs and music videos.

Teen rapper Lee Drilly, whose real name is Ali Doby, was among the 20 individuals arrested. He allegedly bragged about crimes he committed in his 2021 “BET” single featuring E-Wuu, which has amassed over 250,000  YouTube views since last December.

Clark called the crimes allegedly committed by the defendants named in the indictment “senseless” acts of violence and claimed the alleged perpetrators “terrorized” neighborhoods by reigning down gunfire on residential streets in broad daylight.

“It was senseless violence,” Clark said. “It was beefs and slights and disrespects that all drove some of these incidents.”

Clark went on to say there has to be more done to prevent youth from turning to a life of crime in the first place.

“We’re doing all that we can to deal with and battle the guns scourge that is happening here in the Bronx,” Clark said. “But more must be done to deviate these young people from the life of gangs and senseless violence. We do need to do more.”

This isn’t the first time multiple arrests have been made in connection to tips taken from drill rap music videos. In February, 11 men associated with the Woo Gang based in Brooklyn were taken into custody in connection with a massive unemployment fraud case. 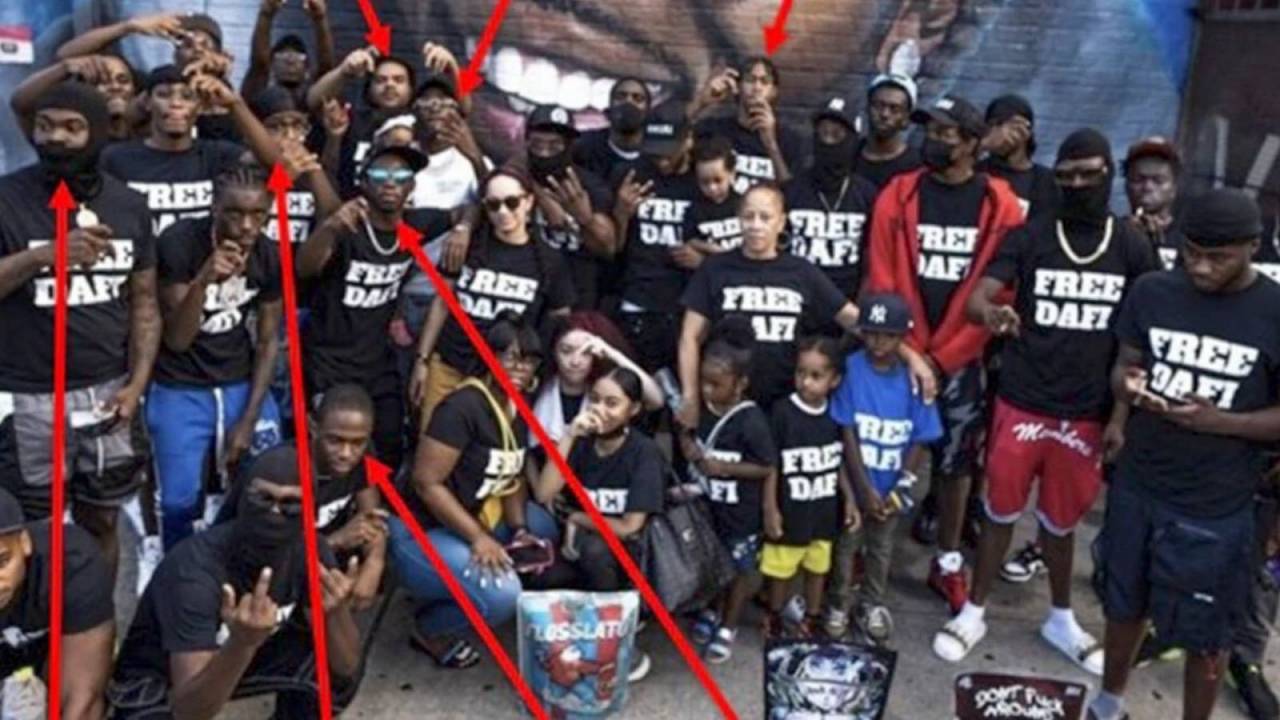 In 2016, more than 100 alleged gang members were arrested in one of the biggest gang busts in New York City history, which included charges of racketeering, and drug and gun offenses that targeted alleged members of two rival Bronx-based street gangs.